Mother whose body was found in the sea in Greece after she went on a date was murdered, her three sons insist – as they reveal their decade-long battle to find her killer

Three sons whose mother was found dead in Greece 10 years ago are still desperate for answers.

Jean Hanlon, 53, was originally from Dumfries, Scotland, but had been living in Greece before her death in March 2009. After being reported missing for three days, Jean’s body washed ashore, barely recognisable from decomposition.

Her three sons, Michael, Robert and David, feature in the new Channel 5 documentary, Murder in Paradise, which takes a look at Jean’s last moments.

The Greek authorities insisted her death was accidental and closed the case.

Michael, Robert and David have taken upon themselves to see justice be done and have been investigating their mother’s murder for the past ten years. 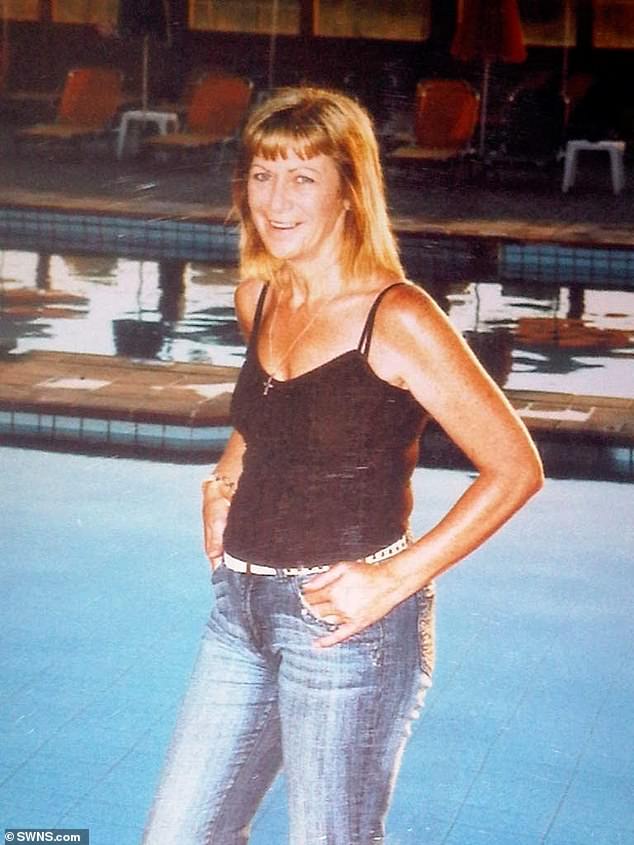 Jean Hanlon, 53, went missing in Greece on 9 March 2009. Her body was found in the Mediterranean waters founr days later on 13 March 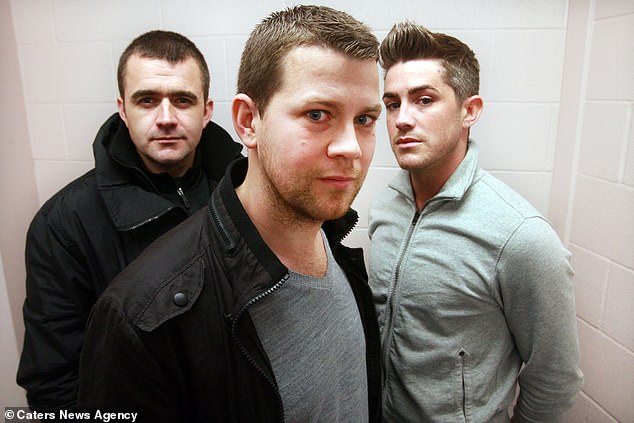 The case has been reopened many times but has never been able to provide her loved ones with satisfactory answers.

Tourist industry worker Jane had moved to Crete in 2005 and stayed for her first Christmas in 2008, four months before her death.

‘She went out there to get some “me time”,’ her son Robert says in the documentary. ‘She was very happy and had a massive circle of both Greek and English friends.’

On the day of her death, Jean told a friend she wanted to travel to the harbour town of Heraklion – where her body would eventually be found four days later. 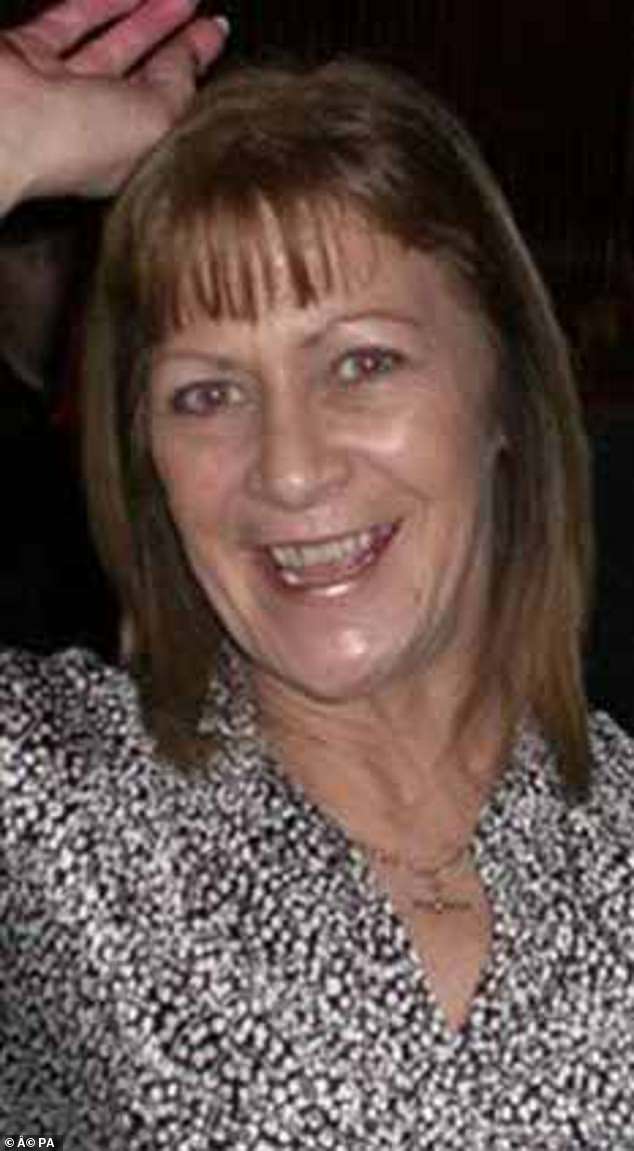 A murder probe was launched into the death of Jean (pictured) in 2010. Initially, Greek authorities classed it as an accident

In what would be one of her last phone calls, Jean told a friend she was having drinks with a man she had not met before, who spoke Greek without a native accent. She later send the same friend a text message which read ‘HELP.’

In a subsequent phone conversation, Jean assured her friend she was alright, but she called back an hour later. Her friend did not pick up, as he was asleep.

When Jean went missing, authorities had to wait two days before notifying her three sons that their mothers was missing, who recall the traumatic moment in the documentary.

‘I knew straight away something had happened,’ her son David says, fighting back tears.

‘It was horrible, especially being so far away,’ recalls Michael.

‘We all just broke down,’ Michael adds. ‘We had never been on holiday together, and it was a powerful and painful moment for us.’ 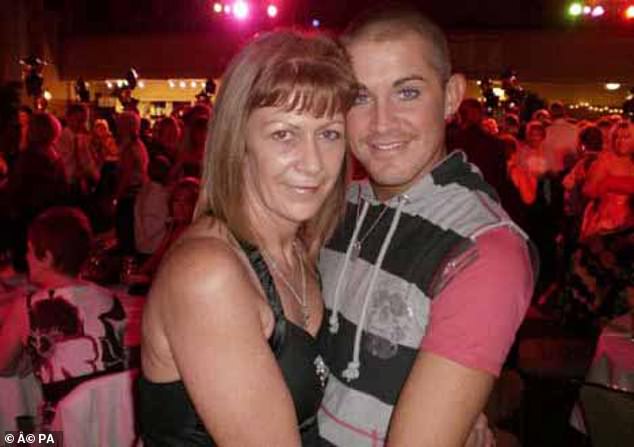 Jean with her son Michael prior to her passing. The mother-of-three had been in contact with a man named ‘Nikos’ before her mysterious death

The three men rushed to Greece, where they joined the search party and, when the body was found, had to identify it in the morgue. Jean was only recognisable from her clothes.

‘She just looked like a shell,’ Robert says in the documentary, ‘She had no hair left, no eyes, she had lost the bridge of her nose, she was bruised.’

Jean’s death was initially classed as an accident because 12mg of alcohol was found in her blood, and authorities ruled that Jean could have fallen to her death while drunk.

But the diary that she kept at the time of her death suggested otherwise to her sons.

The mention of a man named ‘Nikos’ particularly struck her children. 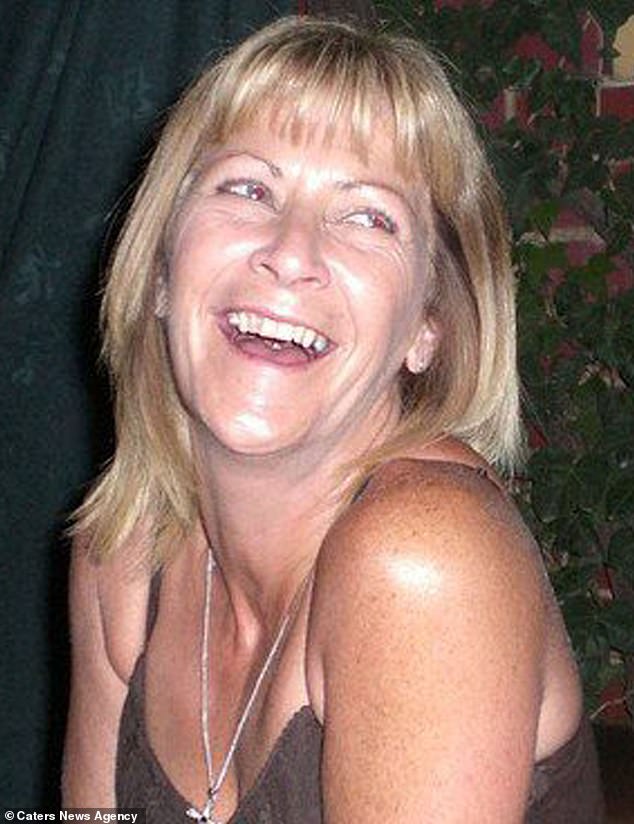 Jean’s body was extremely decomposed after spending several days in the water and she was barely recognisable, her sons say

‘Nikos invited me out to dinner but I told him no,’ one diary entry reads, and another: ‘Nikos called asking to come round here tonight, but I said no.’

At the same time, a more detailed report of the autopsy found that Jean sustained injuries on her back and coccyx, which suggested her back would have hit the water first.

Two men were questioned by police in 2010 as part of the murder probe, but were quickly released and the case was closed once again.

The case was reopened in 2014 after further campaigning from Jean’s sons, but once again, nothing came out.

‘We’ve had to do so much to keep our mum’s case and our mum’s name alive,’ Michael says, ‘because if it doesn’t, she’ll never get the justice and respect that she deserves.

Michael told the Sun: ‘People have just suggested that we have to get on with our own lives and move on,’

‘But mum was our life, she is our life – she’s not some sort of light switch that just turns off.’

Ahead of the anniversary of Jean’s death, Michael told the BBC he was considering employing a private investigator to look into her mother’s case.

‘I am certainly not going to stop and I will never stop until my last dying day.

‘I will always fight on for mum – I made a promise I would do that.’

Murder in Paradise airs tonight at 10pm on Channel 5.