The Morrison era is over. Perhaps that seemed clear at the election. But there were other topics to be debated at the time: Labor’s muted victory, the teals. Last week, Scott Morrison was the only subject, and opinion was as close to uniform as it comes.

You could sense this from the arc of John Howard’s public appearances. Asked on Tuesday, he refused to answer and even edged close to defending Morrison. By Thursday, he was explicit: “I don’t think he should have done that, I don’t think there was any need to do it, and I wouldn’t have.” 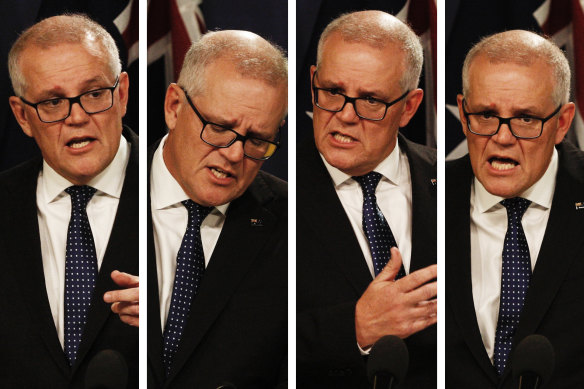 There were two elements to the week, and it is useful to distinguish between them. There were the sober criticisms of process. Many of us believed Morrison’s secret arrogation of immense powers was indefensible. We were not entirely sure, though – there are always things one hasn’t thought of – which is why it was helpful of Morrison to stand up and try to explain himself. Turned out “indefensible” was exactly the right word.

Afterwards, the press torched the contradictions in Morrison’s various claims. It was right to do so. Watching him was a reminder of how easily you can lose your bearings when somebody refuses to commit to logic or consistency. This is why reconstruction afterwards is important. In this case, most everybody came to the same conclusion: Morrison had not given a reason, or at least not a good one, that both justified his various behaviours and did not fall over the moment it was exposed to thought.

This is not the same as saying that he lied. As so often, with Morrison’s remarks, there was truth there, if you were prepared to piece together his words with events and patterns of behaviour. 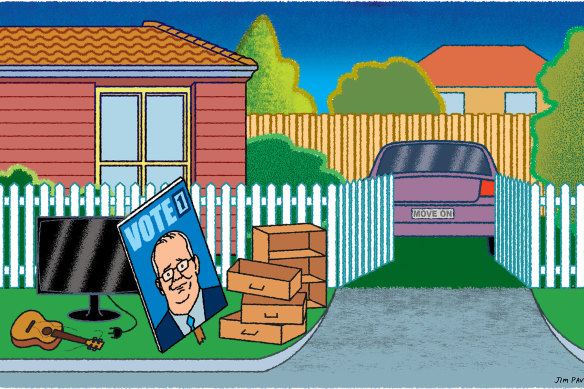 The first was an addiction to secrecy. This has been there since his early career, when he refused to tell an interviewer his precise age.

This seems connected to another trait: a deep aversion to being blamed, that seems almost to verge on fear. It is often said of Morrison that he does not apologise. In fact, he apologises often. What is curious is how often these apologies include others, as though to spread the blame around. When he returned from Hawaii, both he and Jen regretted it. He and everyone in the aged care sector were sorry. When Australia let down Afghans, he said, “we wish it were different”. On Wednesday, he used “we” again.

But this time “we” made no sense at all, because Morrison took most of these decisions alone, something he must understand, even while he strains against that understanding.

This is why his most telling statement was this: “There was a clear expectation established in the public’s mind, certainly in the media’s mind, and absolutely in the mind of the opposition, as I would walk into question time every day, that I, as prime minister, was responsible pretty much for every single thing that was going on, every drop of rain, every strain of the virus…” 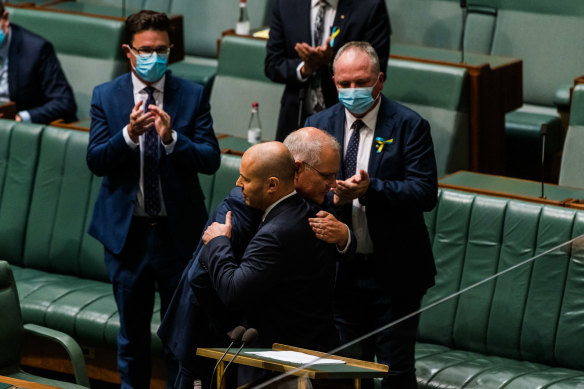 Et tu, Scomo? Scott Morrison embraces former treasurer Josh Frydenberg in March. Frydenberg was not told that Morrison had also sworn himself in as treasurer.Credit:James Brickwood

If Morrison was to end up being blamed for poor results in a pandemic – something that must have terrified him – then it became critical that he avoid those poor results.

This brings us to the third trait: an unbreakable belief in his unique ability to reach the right conclusion. In 2014, he told Jennifer Hewett, “I would say I am pretty determined if there is something I believe we need to do… One of the things I really hate is being proven right later.”

This seems true particularly on politics. Morrison has highlighted the contrast between his decision to overrule his resources minister, Keith Pitt, and his other non-interventions. In fact, the Pitt decision highlights exactly what the danger was.

The timeline is suggestive. In 2020, Morrison appointed himself to two portfolios. A year went by and nothing happened. Then he appointed himself to the resources portfolio with the purpose of considering a particular gas project. Morrison argued the final decision (which happened later in the year) was in the national interest, but it was obviously political too, an attempt to save the seats of several Liberal MPs. Just three weeks after that appointment, he took on treasury and home affairs. Was this really not prompted by the thought of overruling these ministers too, and for similarly political reasons?

I wrote before that there were two elements to this controversy. One was analytical. The other, though, has been more intense and telling: the emotional aspect. On the part of the press, both in the unrelenting media conference and in the rare almost-universal condemnation after, there seemed almost an effort to atone: as though in pointing out all of Morrison’s failures, the way they matched his other failures, Australian journalism as a whole could make up for its missteps during his ascent and much of his prime ministership.

Outside the press, the dominant emotion seemed to lean more towards bemusement. Morrison was so strange, people said. As the week went on, I found myself thinking of the final lines of my book about Morrison, The Game: “If he loses, we will likely tell ourselves that his failures as prime minister were his own, and that they have nothing at all to say about the rest of us.”

Morrison is strange. But the more we insist on his strangeness, the closer we come to talking about him as though he is an inexplicable phenomenon.

Several observers have noted that the secrecy Morrison displayed is a natural development from trends visible for some time in our democracy, and they are right. But what about his other traits, the ones not so obviously present in this affair? The complacency he paraded as virtue? The division of Australians into camps? The confused approach to history? The wilfully blind optimism and the sense that we deserve our luck?

The force of last week’s reaction felt as though it was about more than just the ministries; it felt like a national attempt to decisively declare we had nothing to do with any of it. “The Morrison era is over!” we told ourselves, downplaying the past and our role in it about as convincingly as Morrison did last week.