When Taylor Swift dropped “folklore” back in July, she immediately sparked online speculation over the identity of one of her credited cowriters.

The songs “Betty” and “Exile” both listed someone named William Bowery as a collaborator with Swift, but fans were quick to discover no such songwriter actually existed. Since even Taylor herself has used a pseudonym in the past, her supporters suspected Bowery was really Swift’s boyfriend, Joe Alwyn.

In her new Disney+ special, “folklore: the long pond studio sessions,” the singer confirms those suspicions.

“There’s been a lot of discussion about William Bowery and his identity because it’s not a real person,” she said in the nearly two-hour film. “So, William Bowery is Joe, as we know. And Joe plays piano beautifully, and he’s always just playing and making things up and kind of creating things.”

“‘Exile’ was crazy because Joe had written that entire piano part and was singing the Bon Iver part. He was just singing it, the way that the whole first verse is,” she continued. “So I was entranced and asked if we could keep writing that one. It was pretty obvious that it should be a duet, because he’s got such a low voice and it sounded really good sung down there in that register.” 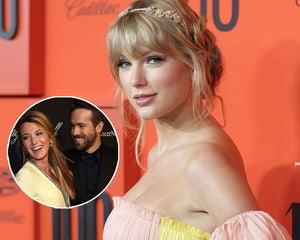 Of “Betty,” which revolves around a fictional love triangle told from the perspective of a teenage boy, Taylor said she “just heard Joe singing the entire fully formed chorus of ‘Betty’ from another room and it was just like, ‘Hello.'”

“It was a step that we would have never taken because why would we have ever written a song together?” she continued. “So this was the first time we had a conversation where I came in and was like, ‘Hey, this could be really weird and we could hate this, so because we’re in quarantine and there’s nothing else going on, could we just try and see what it’s like if we write this song together?'”

And so they did.

“I thought it sounded really good from a masculine perspective. And I really liked that it seemed to be an apology,” she said of the track. “I’ve written so many songs from a female’s perspective of wanting a male apology, that we decided to make it from a teenage boy’s perspective apologizing after he loses the love of his life because he’s been foolish.”

Swift added that she believes the two at the center of the song — James and the titular teenage girl — managed to work out their differences after he hooked up with someone else. “In my head, she ends up with him,” she said, “but he really put her through it.” 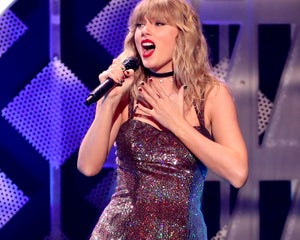