There’s a real cultural fascination with nostalgia. Looking into the past can tell us things about ourselves in the present, especially when we’re viewing objects that have personal histories, such as diaries. Taylor Swift’s albums are like diaries – the pop star, now 31, has been releasing records since the age of 16 – except they track the lives of her fans, too.

The singer has been embroiled in a battle for the rights to her own music after her former label, Big Machine Records, sold her first six albums to music manager Scooter Braun in 2019. Braun then sold them for a reported $300 million to a private equity firm. All this without Swift’s consent. 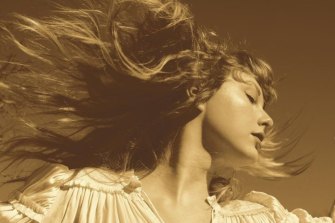 Her response is to re-record and re-release Taylor’s Versions of the albums, reclaiming ownership of her music – and also giving nostalgia-hungry fans a chance to stroll down memory lane.

2008’s country-pop album Fearless is the first to get the treatment, with all 19 tracks from the original platinum edition, plus Today was a Fairytale, re-recorded, alongside six unreleased tracks “from the vault”. There are few surprises with these new versions – they are faithful renditions of the original tracks, though Swift’s voice has matured over the years, producing a fuller tone. 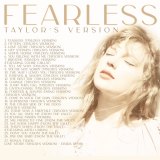 Swift’s voice has matured over the years, producing a fuller tone.

Attentive listeners will notice subtle differences in production and execution – there are idiosyncrasies in Swift’s delivery, which is to be expected, given that no two performances will ever be identical, especially if they’re 13 years apart. There’s a lusher sound to a lot of the instrumentation, too – fan favourite You Belong With Me sounds especially robust.

Swift was 18 when Fearless was released, so thematically, these songs speak to a different part of her life. The close adherence to the source material means that no lyrics have been updated, including those that are a little archaic (on Fifteen, she sings of her best friend losing her virginity, “Abigail gave everything she had to a boy who changed his mind” – not exactly a feminist sentiment).

There’s something sentimental about hearing these songs again, though, especially given the journey the artist herself has been through. Fearless was Swift’s thrust into the spotlight – since then, she’s reinvented herself a number of times. She’s gone from being constantly pilloried in the tabloid press for her dating life to a much more private personal existence; musically, her work has evolved from country to pop to indie folk. Going back to the earnest simplicity of her teenage emotions and acoustic-led compositions feels like a breath out.

The most interesting part of this exercise is the release of the tracks “from the vault”, which Swift wrote between the ages of 16 and 18. Lyrically and musically, these songs are a portrait of the artist as a (very) young woman – considering fans have never heard them before, they could be considered “new” songs, but they feel worlds apart from her latest compositions from 2020’s twin albums Folklore and Evermore, which trade personal experience for fictional storytelling. 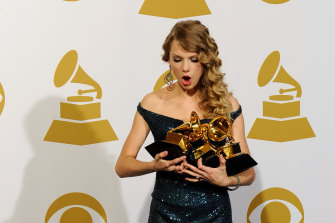 Taylor Swift after winning the award for best album for Fearless at the Grammys in 2010.Credit:Getty Images

Take Mr Perfectly Fine, a kiss-off to a shady ex-boyfriend (suspected to be about Joe Jonas, who she dated for three months in 2008). It’s got all the hallmarks of an early Swiftian classic – bitterness that turns into an empowering personal shift over a few minutes of pop perfection. Or We Were Happy, a misty-eyed number recounting more carefree times; or the Keith Urban duet That’s When, chronicling the end of a romantic relationship.

In the last few years, there’s been a public reckoning around the paternalistic treatment of female pop stars, from Britney Spears to Kesha. Swift’s situation with Braun is another example of men abusing their power within the industry. In this way, these new recordings are the sound of a woman artist reclaiming autonomy – a powerful statement in itself.

The Taylor’s Version project, then, serves a dual purpose – it allows Swift to regain control, while also giving her fans a chance to reflect on the artistic and sonic journey of their favourite artist. For those who’ve grown up listening to her music, it’s an opportunity to reflect on their own journeys, too, and wave hello to past versions of themselves.

As Swift sings on Fifteen, “wish you could go back and tell yourself what you know now.” By looking back, she’s looking forward.