The cards were stacked against Wes on this season of ‘The Challenge,’ and he dished to HL about why he felt so betrayed, why he struggled in his elimination and much more.

Wes Bergmann was eliminated by his friend and ally, Devin Walker, during the Dec. 23 episode of The Challenge: Double Agents. He was voted into the elimination by Leroy Garrett, who he considered a friend, and Leroy’s partner, Kaycee Clark. On the show, Leroy and his girlfriend, Kam Williams, formed an alliance that targeted Wes from day one. Other veteran players, like Cory Wharton, Nelson Thomas and Aneesa Ferreira, joined in, claiming that they wanted to get Wes out because he was a dirty and disloyal player.

Hearing that perception frustrated Wes, who said that he’s actually made a point to play an honest game over the years. “To set the record straight, I have  never backstabbed anybody,” Wes told HollywoodLife EXCLUSIVELY. “I know that sound weird, but I front-stab my enemies. There’s no need to backstab anyone. That’s a coward move. I get a reputation for being a backstabber because I’ve sent home so many people, but I don’t backstab them. They’re not my friends, they’re my enemies, so I’m allowed to do whatever the f*** I want to them. I play the cleanest game there can be.” 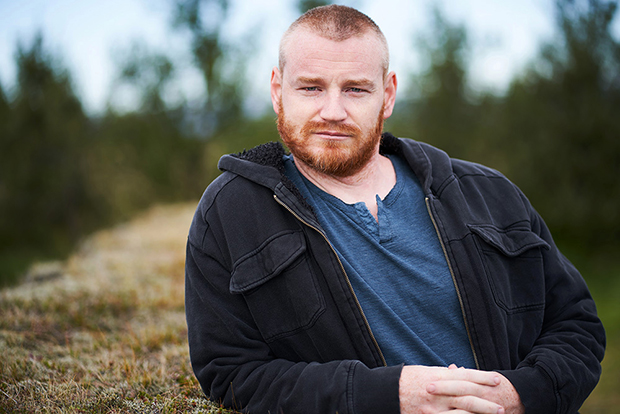 Coming onto this season, Wes had no idea that the cards would be stacked up against him in the way that they were. In fact, he came into the game having good relationships with every returning player in the game. “To some extent, somewhere on the spectrum, [every single returning player] was my friend,” he explained. “I never crossed or voted for anyone there, except for CT [Tamburello], I think, and we’re practically family members. I’d done every single dude in the house favors and never crossed them. It kind of worked out in my favor that all my enemies and people I previously voted for weren’t on this season. That was completely luck.”

However, once the other players began realizing all of the relationships Wes had, they started turning against him. “All of a sudden, every single guy in there was paranoid,” Wes said. “And there’s a couple of girls in there that aren’t very nice and some random contributing factors to everything that aren’t game-related, but bleed into the game. It was a frustrating situation.”

Wes gave us a ton of intel into what went down, who he’s still mad at now, his relationship with his partner, Natalie Anderson, and much more. Check out more from the interview below:

On being up against his friend, Devin, in the elimination and whether he let Devin win: I just went through the motions. I didn’t give up. I didn’t give it to him. But [that challenge] was the equivalent of a schoolyard fight. You have to go to a mental place that I didn’t even try to go to. I think it was two-fold. It was the fact that I was going against him, and the fact that I felt my back was up against the wall politically and there wasn’t anything I could do about it. It was just completely uphill. It was a very bad environment with people there acting like less than humans. There was literally no motivation. I couldn’t find it within me to go any harder than I did. That’s not to say I would’ve won if I had been able to find it — he did a very, very good job. But it was very de-motivational.

On Devin ‘kicking his butt’ in the challenge: It lasted maybe 20 minutes or a half hour, in that range. But, historically, that game can last two hours. So if I say I lost in 20 minutes, that’s kind of getting my butt kicked. That’s supposed to be one of those marathon games and it definitely wasn’t in that range.

On why Johnny Bananas not being on ‘Double Agents’ may have hurt his game: Forgetting the Total Madness season, since that was a total anomaly, no one ever feels insecure with my presence because they know I’m only worried about getting rid of Bananas. They know I’m going to be spending my time and effort on him, so they could care less about me. It’s like one big, bad scary target is better than ten lowly targets who are just going to find little coward ways to vote me in privately. So, to a certain extent, and I never realized it until it was gone, but having one big, bad wolf [Bananas] going against me is actually one of the most effective strategies.

On where he stands with CT after CT voted against their alliance to send Devin into elimination: CT is a family member, but not a good person to work with. He’s debatably the most selfish player ever. I’m in a really crappy situation with him. I have so much love and respect for him and will never cross him, so he gets me as an alliance member by default, but he doesn’t necessarily return the favor in the game. But he’s also not voting directly for me, so it’s really none of my business. I’m not, like, making voodoo dolls about him or anything. He did what he had to do.

On why he’s so upset with Aneesa: I’m definitely still salty [about how everything went down]. My feelings are hurt. Aneesa — I’ve known her for about 15 years. She’s a personal friend. I’ve confided in her about mental health issues that I’ve had and she’s kind of coached me through things. She’s a sister-like figure. So she makes this ridiculous game move that I don’t agree with, but it’s still a game move, so I can’t be butthurt. Then, fast forward a few months, and on international television, in a private interview, she calls me a disloyal piece of s***. It’s because she feels so guilty and insecure about how bad and mean and stupid of a decision she made, that she projects her feelings in the confessional