Boy, 5, 'was shot dead by neighbor he’d "played with for years" because he accidentally rode bike into his yard'

The process of choosing Rock & Roll Hall of Fame inductees

NEW YORK (AP) — Posthumous inductees Whitney Houston and The Notorious B.I.G. will lead a new class into the Rock and Roll Hall of Fame, joined by Depeche Mode, the Doobie Brothers, Nine Inch Nails and T-Rex.

The gospel-trained Houston, whose soaring voice transformed the Dolly Parton cover “I Will Always Love You” into a gigantic hit, was one of four artists elected after being on the ballot for the first time. The Doobie Brothers, Biggie and T-Rex were the others.

The annual induction ceremony will take place May 2 at the Public Auditorium in Cleveland, the city where the rock museum is located. The Saturday night show will be on HBO, televised live for the first time.

Houston, who succumbed to years of drug abuse in 2012, was an instant success after being signed to a record contract at age 19. Her 1985 debut had three No. 1 singles: “Saving All My Love for You,” “How Will I Know” and “The Greatest Love of All.” She had seven consecutive singles top the charts, a first for any artist. 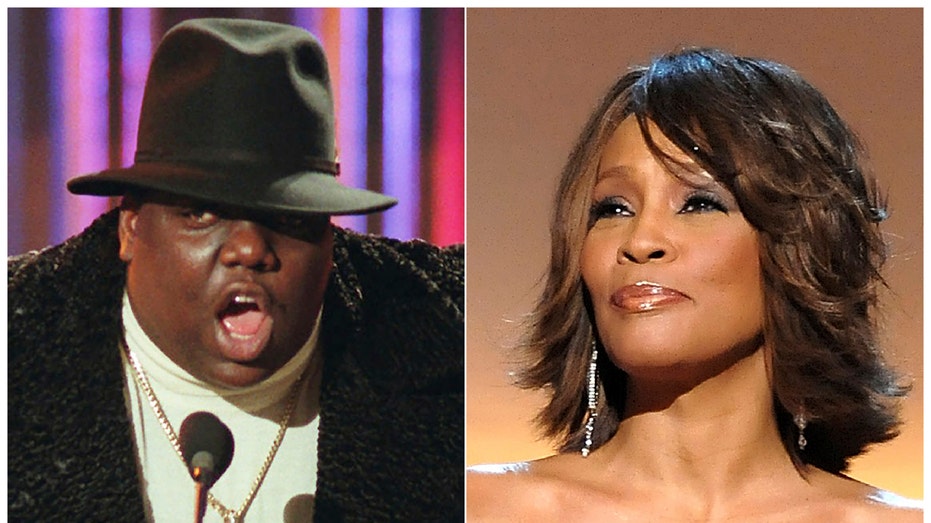 Notorious B.I.G., who won rap artist and rap single of the year, during the annual Billboard Music Awards in New York on Dec. 6, 1995, left, and singer Whitney Houston at the BET Honors in Washington on Jan. 17, 2009. (AP Photo)

The daughter of gospel singer Cissy Houston and cousin of Dionne Warwick, she grew up in the business.

The imposing, Brooklyn-born rap artist Christopher Wallace took on the identities of The Notorious B.I.G. and Biggie Smalls and was massively influential as rap became music's dominant style in the 1990s. With hits like “Juicy” and “Big Poppa,” he was the leader of an East Coast school of rap that found itself in a bitter rivalry with artists from the West Coast.

He was killed in a still-unsolved drive-by shooting in Los Angeles at age 24 in 1997. On the album, “Life After Death,” with hits like “Mo Money Mo Problems” and “Hypnotize," he became the first artist to earn multiple No. 1 singles after his death.

Depeche Mode remains active, but its biggest influence came in the 1980s, when its post-punk, synthesizer-dominated music made the Brits a favorite of the goth subculture. Hits included “Personal Jesus,” “Just Can't Get Enough” and “Enjoy the Silence.” 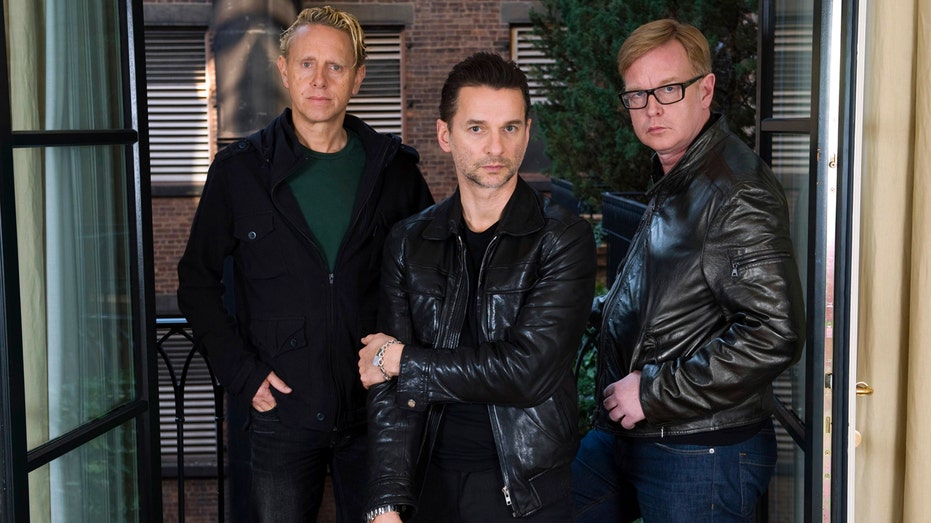 Depeche Mode shares with fellow inductees Nine Inch Nails the honor of having one of their signature songs covered by country legend Johnny Cash, who recorded “Personal Jesus” and NIN's “Hurt” during his late-career resurgence. 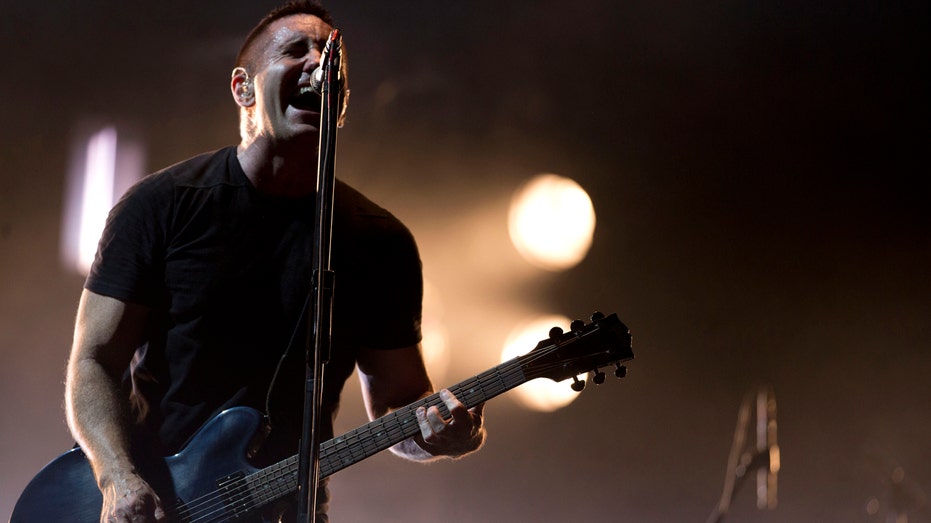 With songs like “Closer,” NIN was a leader of the industrial rock movement in the 1990s. Like Green Day, a memorable performance in the mud at Woodstock '94 brought them a wider audience. Leader Trent Reznor has become a go-to soundtrack producer in addition to his continued work with Nine Inch Nails.

The Doobie Brothers weren't critical favorites, but they had some indelible rock hits in the 1970s, including “Listen to the Music,” “Black Water” and “China Grove.” They're embarking on a 50th anniversary tour this summer, bringing members Michael McDonald, Pat Simmons, Tom Johnston and John McFee together for the first time in 25 years, and a rock hall induction makes for perfect publicity.

The British band T-Rex was know primarily for its 1970s hit “Bang a Gong (Get it On)” and, to a lesser extent, “Jeepster.” The death of leader Marc Bolan in 1977 ended the band.

The two non-performing inductees may be able to bring some star power with them. Music manager Irving Azoff has watched the finances for several bands, but is best-known as the manager of the Eagles since 1974. Jon Landau is a former music journalist, known for an indelible line when he saw a concert by a little-known artist in 1974: “I saw rock ‘n’ roll's future and its name is Bruce Springsteen.” Shortly thereafter, he became Springsteen's manager, a job he still holds today.

Tickets for the induction ceremony go on sale Feb. 27. Performers will be announced at a later date.

Celebrities
Princess Diana is getting the musical treatment. The story of Lady Spencer’s life as a royal and relationship with Prince...
Lifestyle
One face covering spread more droplets than not wearing a mask at all. By now, you’ve amassed a collection of...
TV & Movies
We will use your email address only for sending you newsletters. Please see our Privacy Notice for details of your...
World News
THE NORTH Carolina man suspected of gunning down a 5-year-old boy who had wandered into his yard had known his...
Beauty
While countless studies have shown that social media's popularity combined with the unrealistic images and beauty standards touted by influencers...
Fashion
Leader of the Pack In Feb. 2013, Delevingne sparkled and shined while walking the runway at the Unique Ready to...
Recent Posts
We and our partners use cookies on this site to improve our service, perform analytics, personalize advertising, measure advertising performance, and remember website preferences.Ok