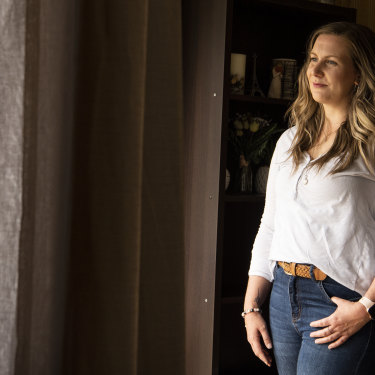 Like many Australians, it wasn’t until she reached her 30s that Angela Hibbert started thinking about starting a family.

After several years of trying for a baby, a shock endometriosis diagnosis, and a break-up, Hibbert decided to freeze her eggs at age 35 seeking a small layer of security.

Her only wish, she says, is that she had done it sooner. Her disease had furtively affected her egg reserve, so the $12,000 procedure only resulted in three eggs.

The 37-year-old vet nurse, from Sydney’s western suburbs, says that if she had known earlier that her fertility might be compromised, she would have taken steps to preserve her chances to someday have a child.

“In my 20s, it wasn’t something that even entered my mind, I wanted to travel,” she says.

“I’ve had painful periods my whole life, but no doctor ever mentioned [endometriosis].

“It makes me a bit angry … There was no discussion about what that could potentially mean in the future.”

Hibbert’s experience is shared by many Australians, with infertility affecting one in six couples. Cara Steggles, founder of Fertility Support Australia, says she frequently hears people question what they could have done, if only they had known sooner. “We definitely see a lot of people reflecting on their past and on what they could have changed,” Steggles says.

While nothing can remove the heartbreak, and sometimes inevitability, of infertility, leading expert Dr Karin Hammarberg, the senior research officer for the Victorian Assisted Reproductive Treatment Authority, says some of the pain could be diminished with a shift in the way we understand and discuss fertility in our earlier years.

A large gap in education

Hammarberg says it’s normal for most Australians to not put much thought into their fertility until they are ready to have a child, which for many is in their 30s, with the average age of first-time mothers rising to 29.4 in 2019. And even if they do bring it up sooner, it’s often waved off with “you have plenty of time”.

“Early on, from sex education at school, there’s the notion that the most important thing is to protect against pregnancy … and there’s a very big piece missing there.”

But the COVID-19 pandemic has forced many to contemplate their family plans. Some fertility clinics have reported the number of women seeking to freeze their eggs has more than doubled. Meanwhile, July research by the Australian Institute of Family Studies showed that one in five Australian women aged under 40 changed their plans of having children because of COVID-19, with the vast majority choosing to delay. Of those surveyed who were currently pregnant, one-fifth said the pandemic influenced the timing.

Hammarberg welcomes the idea of increased reflection, but wants this to go further. She says there is a profound gap in Australians’ understanding of fertility’s limitations, which stems back to what we learn in school and then informs our 20s.

“Early on, from sex education at school, there’s the notion that the most important thing is to protect against pregnancy … and there’s a very big piece missing there,” Hammarberg says.

“People think they can turn off fertility with contraception and you can turn it back on when you’re ready. But it’s not that simple.

“There’s a need for more awareness of the limitations of fertility and what we can do to improve it … and the most important thing is to not leave it too late. And that’s not easy to say.”

Hammarberg’s research shows that Australia has low levels of fertility awareness. A survey of almost 500 people found that the majority overestimated, by about 10 years, the age at which fertility declines, which is about age 35 for women and 45 for men. Of course, it doesn’t help that celebrities continue to make baby announcements well past their 30s, from musician Alanis Morissette at 45, to actor Diane Kruger at 42.

It’s why she believes education about fertility should be integrated into school, as an option at university, and throughout people’s 20s when they go to the GP by opening up discussion about whether they might want to have kids someday and what lifestyle factors – such as not smoking, exercising, eating well – can improve future chances.

Hammarberg says younger people are often dismissed with retorts such as “you don’t need to worry about it now”, which she feels is “completely wrong” – particularly if they’d like to have a large family. “At least if you know what the limitations are you can make decisions that are informed.”

A major issue, Hammarberg says, is that government and workplace policies don’t make it easy for Australians to have children at a younger age even if they want to; from lack of superannuation for women on maternity leave, to unequal parental leave, insecure employment, inflexible work arrangements and poor housing affordability. 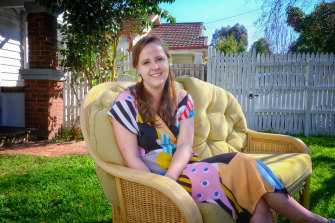 Julijana Todorovic was forced to think about her fertility in her early 20s.Credit:Luis Enrique Ascui

Julijana Todorovic was one of few 22-year-olds to have thought about her fertility, though through no choice of her own. Todorovic underwent urgent fertility preservation treatment after she was diagnosed with an aggressive form of bone cancer, ewing’s sarcoma. Before starting chemotherapy, her ovaries were removed, with the tissue now stored to later be re-transplanted to produce and fertilise eggs via IVF.

Todorovic says while the decision was a no-brainer, it was very confronting. No one else her age was talking about babies – even today, at age 27, they don’t, she says. “You’re trying to work out who you are and you’re making a decision you didn’t expect to,” she says.

The graduate lawyer, from Melbourne’s north, believes it’s important to have earlier conversations about age-related fertility decline, and GP clinics are a valuable place for it, but she adds it’s delicate.

“It’s a really careful line we need to tread but discussion is important,” Todorovic says. “The problem is fertility is so inextricably linked with womanhood … so the risk with talking about fertility more in our 20s is we reinforce that.”

Is egg freezing the answer?

Egg freezing is sharply on the rise, and Dr Molly Johnston, a bioethics researcher at Monash University, says while the procedure does not guarantee future children – it’s estimated that a woman under 35 needs 14 eggs frozen for an 80 per cent chance of having a baby – it can be valuable for some women, depending on when they do it. Too early, and they’re likely to never need the eggs. Too late, and the quality and quantity of eggs may be poor.

“If you’re someone in your early 30s and you want to have children but personal circumstances are incompatible with that right now, then it might be worthwhile having a conversation with a specialist,” Johnston says.

Egg freezing can cost about $10,000 per retrieval cycle, and women often require more than one round to get a sufficient number of eggs. Johnston believes Medicare subsidies should be available for people at heightened risk of age-related infertility, before egg quality has significantly degraded.

It’s not unusual for global tech giants – think the likes of Apple and Facebook, but also companies such as Spotify and Salesforce – to offer employer-sponsored egg freezing. Johnston published a study in July that showed almost half of Victorian women surveyed supported the concept. Respondents viewed it as a way to access an unaffordable treatment and more reproductive options, as long as it didn’t come with pressure to delay having children or at the expense of other family support benefits.

Johnston stresses that improving public knowledge of fertility from our teenage and early adult years is not about reintroducing archaic ideas about valuing women solely as child-bearers, nor is it about encouraging people to have babies or get their eggs frozen in their 20s.

Rather, it’s just about empowering both women and, importantly, men to make choices that suit them best.

“[It might be] pursuing pregnancy now or putting a plan in place for the following years,” Johnston says.

“Men often think they’ll be able to have a child whenever they’re ready, without much thought into it … and the stress is put back on women.”

“It should be part of normal conversation. We make plans for career, for travel, for housing, for everything in life. We also need a reproductive life plan.”

Hammarberg notes that about 85 per cent of young men and women say they someday want to have a family. She helped develop the educational website Your Fertility, and wants to attract people in their 20s who don’t want to be parents yet, but can find out what they can do to have children in the future.

“We are linking up more and more with youth and sporting organisations,” she says.

“It should be part of normal conversation. We make plans for career, for travel, for housing, for everything in life. We also need a reproductive life plan … planning out if and how and when to have kids.”

Hibbert, for her part, wishes she’d had such a conversation 10 years ago.

“I would tell my younger self to listen to my body. If I’d done that earlier, I would have known I had underlying problems earlier, which would have led me to potentially freeze more eggs earlier.”