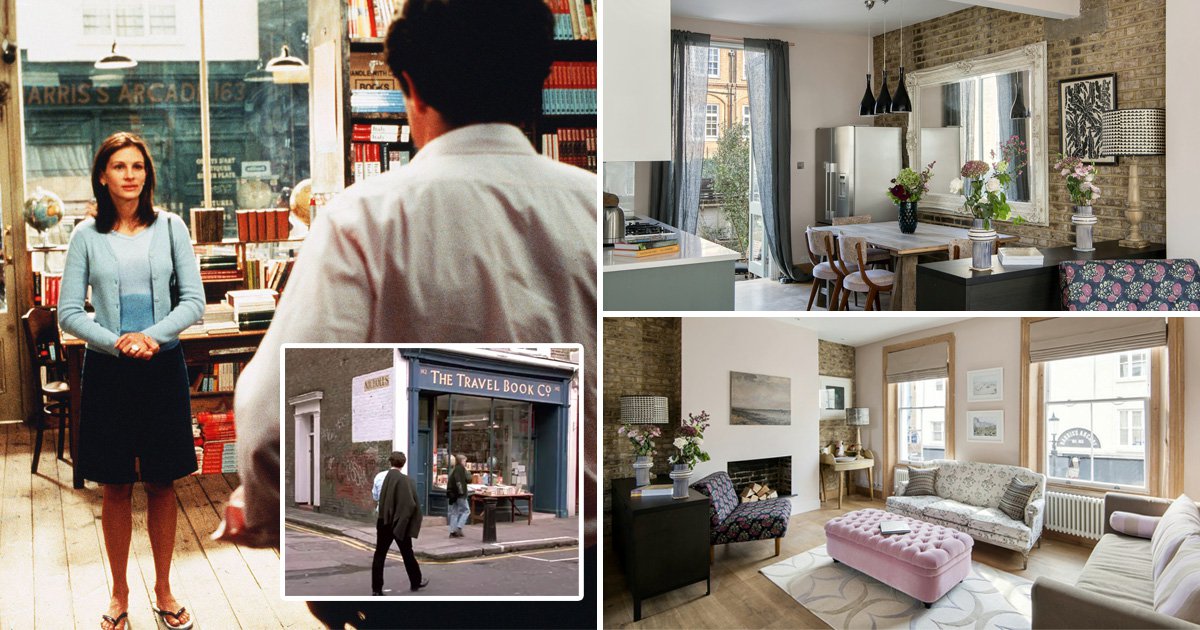 Notting Hill superfans now have the chance to live in the flat above the film’s iconic bookshop.

For almost £2.4 million, you could own the three-bed flat – and a slice of movie history.

When actress Anna, played by Julia Roberts, stepped into a bookshop owned by the blustering William, played by Hugh Grant, they cemented themselves, and the shop, in rom-com history.

The bookshop on 13 Blenheim Crescent – with its iconic blue front – became a tourist hotspot overnight as the film grossed more than $360m at the box office.

And while Will lived in a house around the corner from the shop, we have to wonder what stopped him from setting up home upstairs.

Because the flat above – which doesn’t actually feature in the film – has been listed on the market by Russell Simpson for £2.375 million – and it’s stunning.

The top floor is just one huge master bedroom, with an en-suite bathroom that comes with a steam room.

Hermione Russell, the seller with Russell Simpson, said: ‘This gorgeous apartment on Portobello Road is providing a purchaser the chance to own a piece of cinematic history.

‘The beautiful triplex apartment, alongside its iconic location, is truly a one-of-a-kind sales opportunity.

‘Alongside this notable home is on one of the most famous roads in area, right in the hub of Notting Hill with several shops, bars, restaurants and the market close by.’

The Travel Book Company has since been turned into a gift shop after it was used in the 1999 film. The shop inspired the indoor scenes too, but they were filmed on a private set.