Legal drama The Split returned with its second series last night – but it wasn’t the complex divorce cases that had people talking.

The property became a similar hit with fans during the first series, which aired in 2018, and it has lost none of its appeal in the 18 months since. 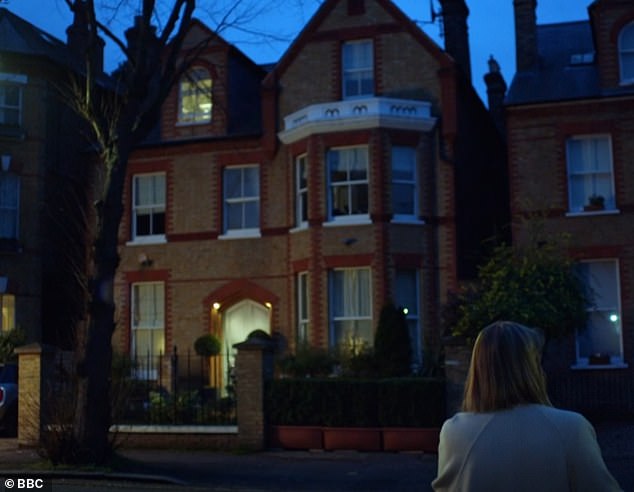 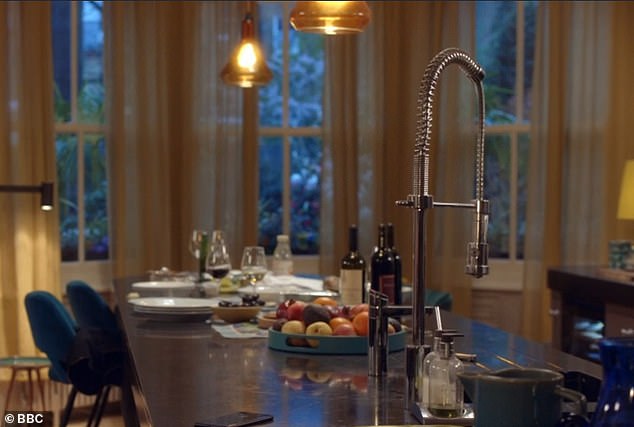 The centrepiece of the stunning property is a large open plan kitchen-diner, featuring a large island and impressive windows (both pictured). The beautiful interiors made fans envious

One tweeted: ‘Oh, I loved #TheSplit. So glad to see it back. The houses! The outfits! The music! The offices! Nicola Walker on top form. Can’t wait for more.’

Another posted: ‘I’m in awe of the height of the doorways in that house #theSplit #houseenvy.’

However one fan called into question whether it was likely lawyers could afford such an expensive home in the capital – and joked Hannah (Nicola Walker) and husband Nathan (Stephen Mangan) might actually be secret Russian oligarchs.

‘Their houses are massive for London – they’d sell for millions,’ the woman tweeted. ‘These solicitors aren’t secretly Russian oligarchs are they?’ 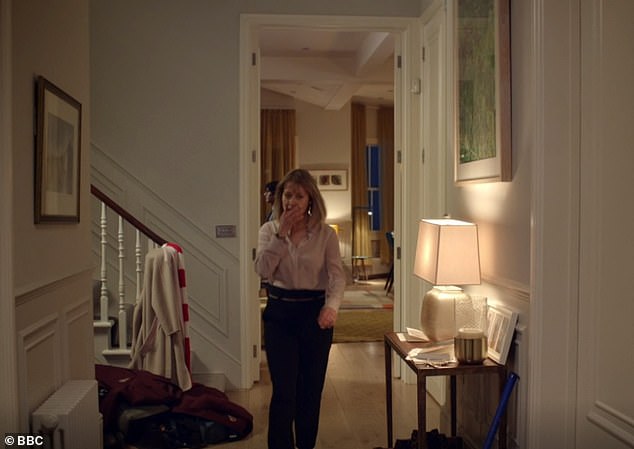 The extra high ceilings and doorways of the property, pictured, were a particular favourite. Seen above, Hannah Stern (Nicola Walker) strolling down the hallway in last night’s episode 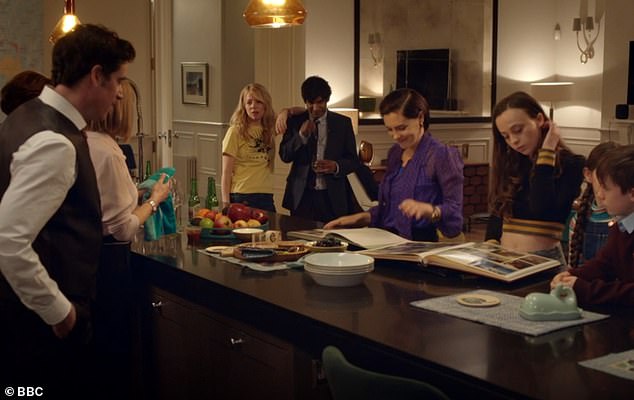 The kitchen island is the hub of the family home. Pictured, the Defoe women and their families gather in the living space in a scene from last night’s series premiere 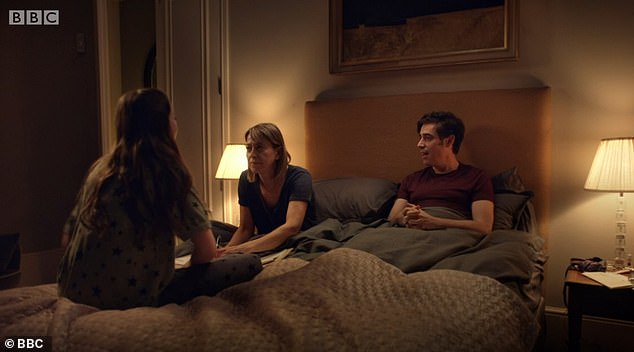 Hannah Stern (Nicola Walker) and husband Nathan (Stephen Mangan) speak to their daughter in their bedroom. The couple have still yet to recover from Nathan’s infidelity last series 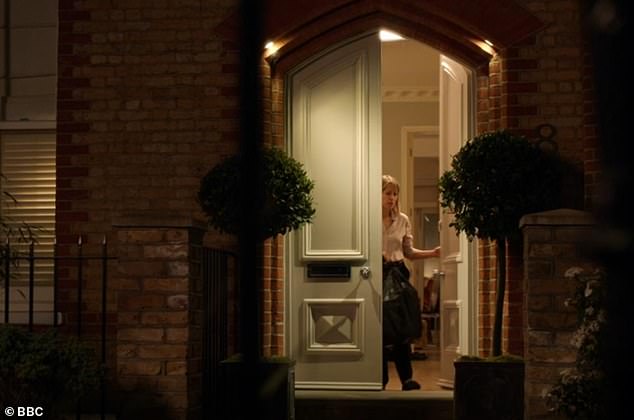 The beautiful doorway of the London property was another focal point loved by fans. Pictured, Hannah Stern (Nicola Walker) takes out the rubbish after a busy evening at home

Others said the property and Hannah’s polished wardrobe were the highlight of the episode – and made up for the somewhat weak script.

Last night’s premiere delved back into the world of high-flying lawyers, picking up three months after the first series ended.

It was revealed that Noble & Hale, where Hannah worked in series one, had merged with the Defoe family firm, founded by Hannah’s mother Ruth Defoe (Deborah Findlay), to create Noble Hale Defoe.

She also works alongside her former flame Christie (Barry Atsma), with whom she has struck up an extramarital affair in the wake of Nathan’s infidelities. However it is clear Hannah already has doubts over whether she is doing the right thing.

Hannah also met a new client, TV presenter Fi Hansen (Donna Air), one half of a celebrity power that is on the rocks. Ben Bailey Smith plays her husband Richie Hansen.

Elsewhere youngest Defoe sister Rose (Fiona Button) discovered she is pregnant shortly after returning from honeymoon with James (Rudi Dharmalingam). But everything is not as straightforward as they might hope.