THROUGHOUT the coronavirus pandemic we have all had the three main symptoms of the illness drilled into us.

A new persistent cough, a high temperature and a loss of taste and smell are all listed by the NHS as key symptoms. 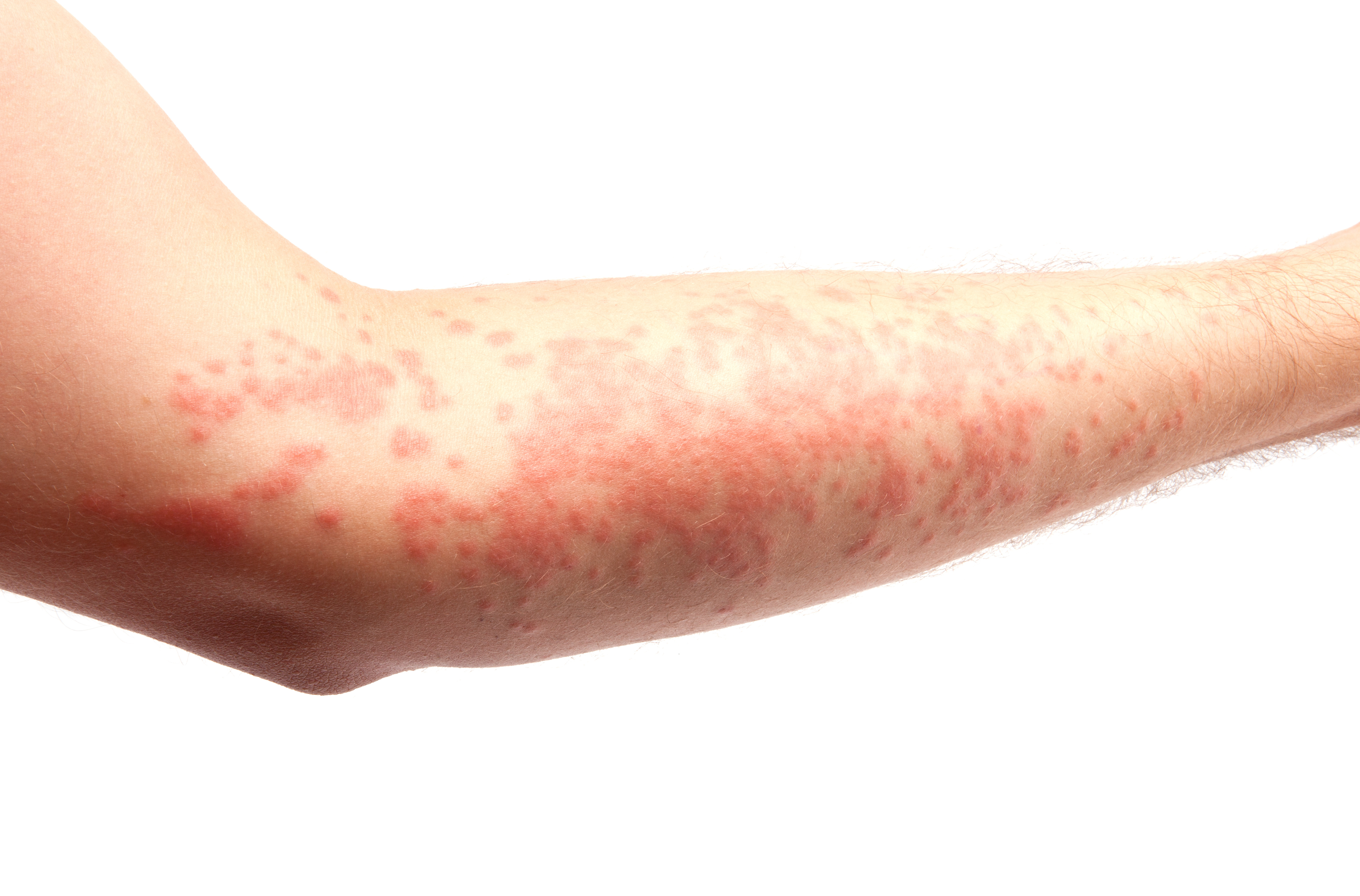 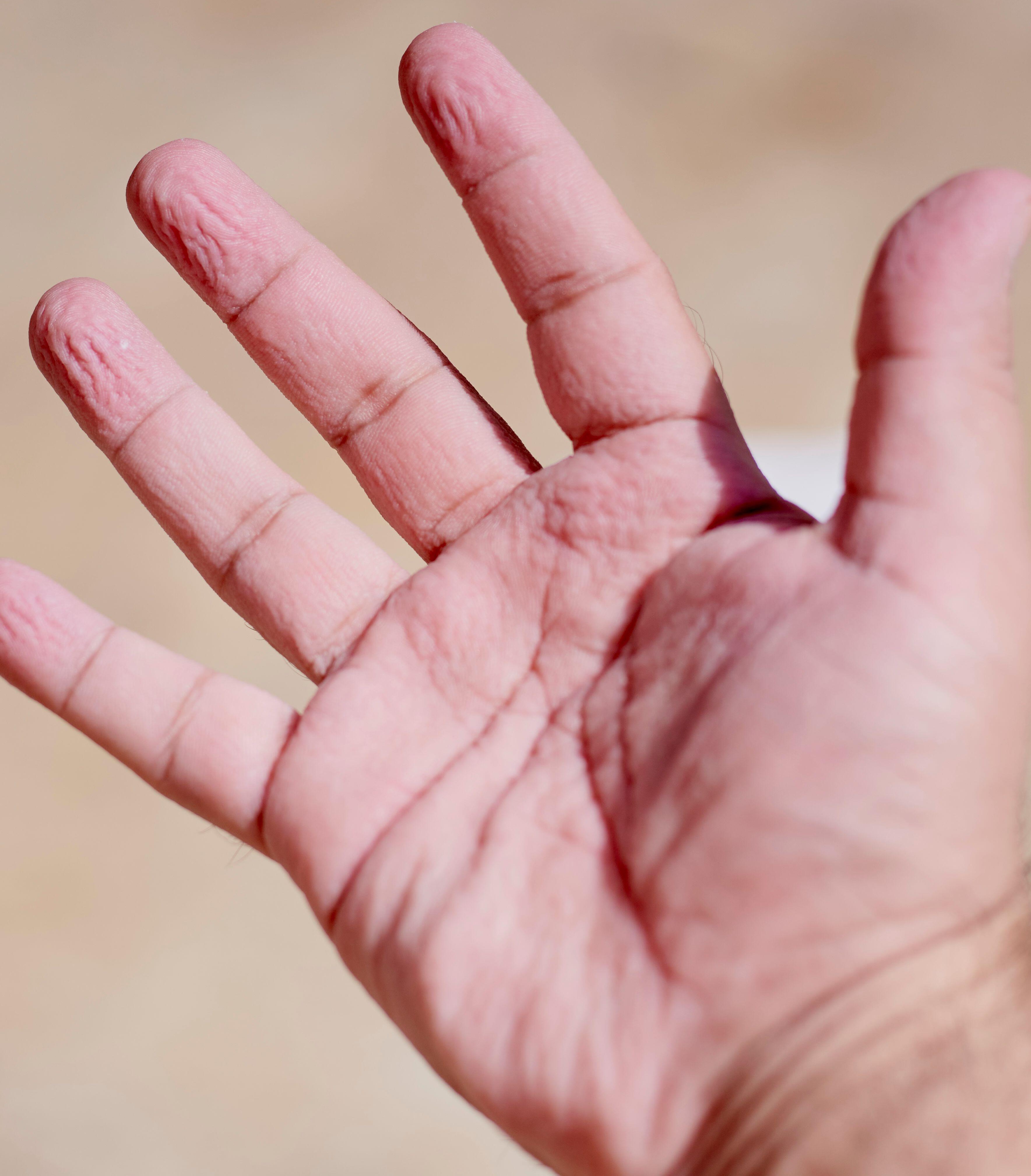 If you have any of these symptoms you should get a test and isolate.

Experts have however warned that people who have the Delta variant are more likely to display symptoms that resemble a common cold – such as a runny nose.

Data from the ZOE Symptom Tracker app shows that the symptoms most recorded by people who are currently testing positive is a runny nose.

This is followed by a headache, sneezing, sore throat and a loss of smell.

As infections continue to rise, many people have been logging their symptoms and discussing them on social media platforms.

Whether it's pruney fingers or hives, people are reporting a whole host of strange symptoms.

Posting on one Reddit thread called r/Covid19positive, one woman said the skin peeled off her hands after she caught the virus.

She explained how her fingers had become 'dry and peeling', with others also commenting that they had experienced this, with some saying both their hands and feet had peeled.

For many people, the symptoms aren't caused by the virus itself, but by the body's immune response to the bug.

Speaking to Vice, Professor Tim Spector, of King's College London and the lead on the ZOE symptom tracker app said skin peeling could relate to another widely reported symptom.

He said: "It sounds similar to Covid toe, which is definitely real.

"It’s more commonly experienced on the toe but can involve the fingers. It looks like chilblains and it can also involve peeling skin. The ZOE app reported on this at a time when no one was and no one took it seriously."

Another strange symptom that has been reported is prune-like skin.

Diana Pardo, 23 said if she touched water her skin would shrivel up.

She explained that it started around day five of her Covid-19 infection and said her hands felt tight and dry while she rinsed her hair.

"Within minutes of showering my hands became extremely prune-y", she added that the shrivelled texture was something she hadn't experienced before.

Many people have reported skin issues after catching Covid and this could be caused by an over-activation of a part of the immune system known as the 'complement response'. This leads to blood vessel damage.

Another patient said her infection started with flu-like symptoms but that her face and skin started to itch.

Rebecca Lefevre, 31 said the rash got so bad that her lips also swelled up – and she had to call an ambulance.

She questioned medics on whether it was related to the virus and they 'dismissed her concerns, giving her antihistmaines'.

Chilblain-like lesions along with hives are well-documented causes of Covid.

Data from the Zoe Symptom Tracker app has revealed the current top five symptoms that people who catch Delta have.

Delta is the main variant in the UK and data shows that these are the top five symptoms:

Hives will often appear alongside other conditions and are more common in middle aged patients.

Previous studies in China and Italy found that 26 per cent of Covid patients who had skin issues had hives.

The experts said: "Viral infections are a known trigger of hives, as they cause the breakdown of cells and the release of histamine through a cascade of reactions in the immune system."

Drugs used to treat Covid-19 such as corticosteroids and remdesevir can cause side effects in some patients.

The experts said that it was important to note that you could experience hives if being treated with the above drugs.

Other people posting to Reddit said they had experienced insomnia after contracting the virus.

But Prof Spector said that a lack of sleep could actually be more down to stress rather than an actual sleep condition.

While non of these symptoms appear on the official list given by the NHS, Prof Spector said the government needs to 'stop dithering' when it comes to adding other symptoms.

In his most recent YouTube video he said the top five symptoms logged by people don't include a persistent cough or a fever – both two symptoms the NHS highlights as key indicators of infection.

He said he 'didn't know why' the government hadn't updated the symptoms and said they had underestimated the intelligence of the British public when it comes to understanding symptoms.