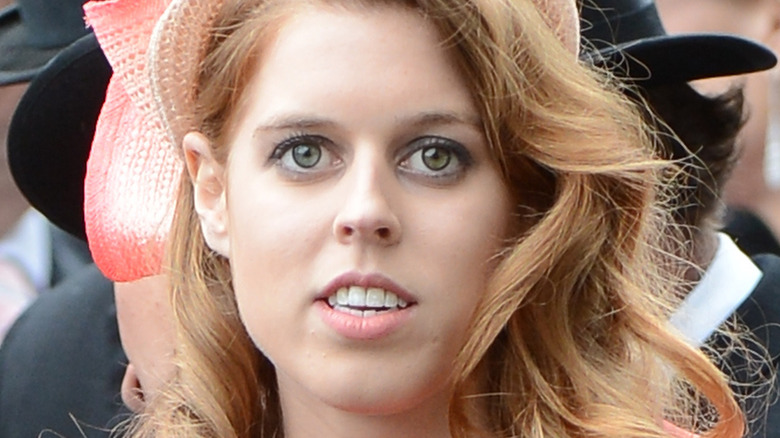 It has been an eventful year for Princess Beatrice. The oldest daughter of Prince Andrew and Sarah Ferguson has been one busy woman. One of the most important things that Beatrice did was plan her wedding to her husband Edoardo Mapelli Mozzi (via USA Today). Of course, this was no average royal wedding as it took place during the COVID-19 pandemic. Nevertheless, the nuptials were attended by Beatrice’s grandmother, Queen Elizabeth II, and her grandfather, the late Prince Philip. The pair married in a private, intimate ceremony at The Royal Chapel of All Saints at Royal Lodge, Windsor. Sadly, this was not the plan Beatrice had in mind. The couple was originally supposed to be married at the Chapel Royal in St. James’ Palace with a private reception at Buckingham Palace. However, Beatrice opted to postpone the nuptials due to the pandemic.

Despite the drama surrounding the wedding, Beatrice and Mozzi tied the knot in style, and it was a big day for the princess as she not only gained a husband but also became a stepmother. Mozzi is the father of a young son named Wolfie from a previous relationship with American Architect and designer, Dana Huang. It seems that gaining a stepson made the day all the more special for Beatrice, who has expressed her love for little Wolfie publicly.

Princess Beatrice refers to her stepchild as a bonus son 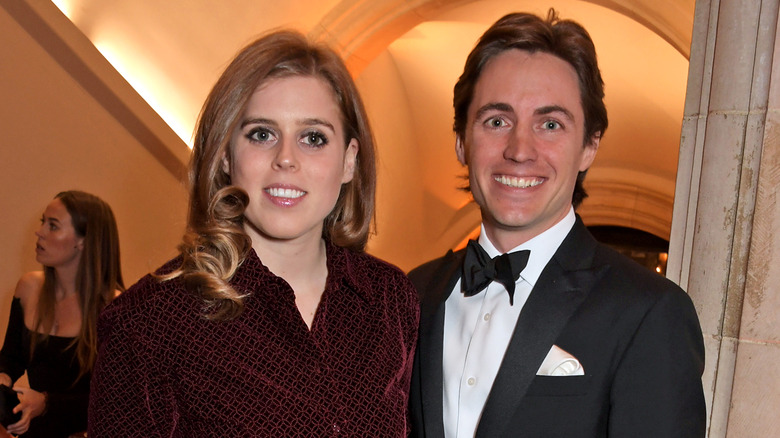 According to The Telegraph, Princess Beatrice doesn’t consider herself a stepmother, but instead a “bonus mom” to her “bonus son.” The terms “bonus” instead of “step” are becoming more popular language when referring to parents and children brought together by marriage. Greeting card companies have even reportedly started selling cards using the language. Other celebrities such as supermodel Gisele Bundchen has also spoken out using the title “bonus mom” when speaking about the son she inherited when she married NFL quarterback Tom Brady. “I don’t like the word ‘stepmom’. I use ‘bonus mom’ because I feel like it’s a blessing in my life,” Bundchen previously stated.

Recently, Beatrice used the term during an interview with Hello Magazine, where she spoke out about why she considered her dyslexia diagnosis to be a “gift.” Beatrice also admitted that she would be able to help any of her children if they also had the same condition. “If any child, any bonus son, or future babies that are on their way, are lucky enough to be diagnosed with dyslexia, I feel incredibly grateful to have tools such as the Helen Arkell Centre to be able to tap into, to give them that extra support,” she said.

Currently, Beatrice is pregnant with her first child as she and her husband Edoardo Mapelli Mozzi will add to their family sometime this fall, per The Sun.