‘Melted my cynical heart’: This Morning viewers gush over grandmother, 87, and her husband, 47, who are celebrating 17 years of marriage despite 40 year age gap

People have given their support to a couple with a 40-year age-gap after they appeared on This Morning to celebrate their 17th wedding anniversary.

The besotted couple, who have appeared on This Morning several times before, looked more in love than ever as they talked about marking their 17th year of marriage.

In previous appearances the couple have told of their ‘marvellous’ physical relationship, with Edna claiming they ‘fall asleep holding hands and wake up holding hands’.

Speaking to hosts Rylan Clark and Ruth Langsford, Edna joked the pair were doing ‘pretty good’ considering the odds were against them.

Edna, who has been married before and has a son and grandchildren, said she believes there is ‘the one’ out there for everyone.

She said: ‘There is someone out there who is your absolute destiny. You don’t have to look for them.’

Viewers of the programme took to Twitter to praise the ‘lovely’ couple for their sweet love story.

One person wrote: ‘They do seem genuinely happy.’

Another said: ‘Good luck to them, I say.’

One Twitter user took a swipe at people who had judged the couple’s large age gap, suggesting the pair had proved everyone wrong. 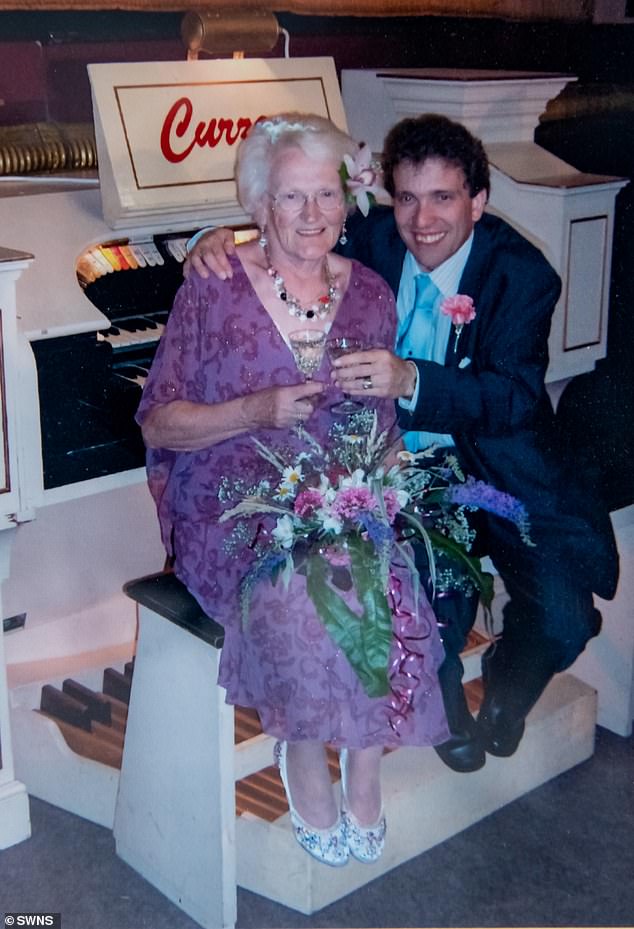 Simon and Edna on their wedding day in 2005, after meeting at a concert when Simon was 28 years old and Edna was 68 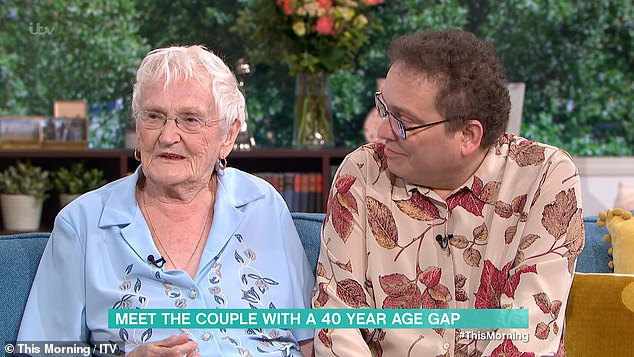 They wrote: ‘So funny how the majority of us were judging this relationship so easily, then once they got talking we’ve come around to the idea because we see how genuine their love is for each other.’

Chatting to the presenters about their love story, which has spanned nearly two decades, the couple recalled a time when Edna thought she might lose Simon.

As he waited for a kidney transplant, Simon was having dialysis several times a week and Edna could see he was growing weaker.

However, she told presenters Simon was ‘blissfully unaware’ about his condition, so Edna decided not to tell him.

Luckily, just as Edna thought Simon was coming to the end, he was offered a kidney from a donor who was a 98% match.

Now in perfect health, Simon and Edna are looking towards their 25th wedding anniversary – when Edna will be 95 years old.

The loved-up couple celebrated their 17th year of wedded bliss last week, marking the occasion by visiting a fish and chip restaurant. 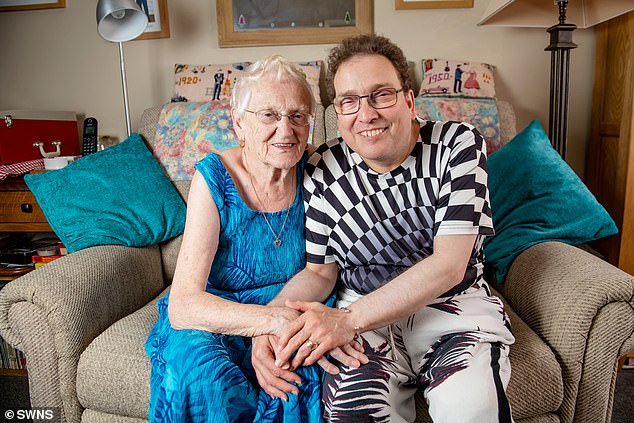 Simon’s family took some time to adjust to the age gap but as soon as they saw how happy their son was, they didn’t care

Viewers took to Twitter to express their joy at Edna and Simon’s relationship, despite a 40-year age gap between them

The grandmother-of-four bought Simon a torque bracelet and Simon got Edna some earrings with crystals.

Edna’s son is 57 and her grandchildren are older than Simon but nobody takes any notice.

Simon is a retired organist but continues to woo Edna with his musical prowess.

Before moving in together, Simon, who had never had a girlfriend before, lived in Birmingham, the West Midlands.

They had to be long-distance lovers but couldn’t bear to be apart so moved in together after a few weeks later.

Despite an unconventional relationship with four decades between them, This Morning viewers remained captivated by the relationship.

One person said: ‘What a sweet couple, it’s not about age, it’s about two souls finding each other at whatever stage of life.’

Another said: ‘This has melted my cynical heart.’