Your Honor cast: Who is in the cast of Your Honor? 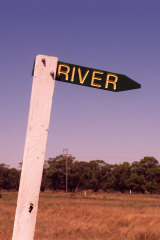 My past is north. And when I point the car in that direction I know I will meet the dead. Including the kid I was. That unholy run-amok who incited infanticidal musings among even the town’s hippies and saints. The future, back then, was south. The big schools were south, opportunity was south, sophistication was south, the drift of the young was always to the coast, southward, a planet called Melbourne where a 360-degree future loitered smiling on every street corner. Staying put was a kind of surrender for an aspirational youth. And the adults were giving the town a bad vibe anyway, by getting old, and divorcing and, year-by-year, being more transparently flawed. I was sent away early.

So my only school friend from that town is Lowey. We reckoned ourselves rebels, though with his pudding bowl haircut he could’ve assassinated the mayor and still been laughable. Last month we decided to go back. The idea came from wine, as this idea tends to. We got talking about the Semi-Venerable and our talk became urgent.

"We better get up there and see him before he’s gone," Lowey said. "He’s the last of his kind." "Yeah, he’s Chingachgook, isn’t he," I said. "What?" Lowey asked. "Nothing," I said. "But when he’s gone they’re all gone." We started having these conversations over 20 years ago, when the Semi-Venerable was in his mid-70s.

When I rang the Semi-Venerable to tell him we were coming he hijacked our lightning visit into a fishing expedition up to The Murray. Cod season had just opened, he said, and he wanted to get among them. So Lowey filled the car with fishing rods and I grabbed a notebook and a pencil, and we drove north toward a place that, with outdated familiarity, we still call “Shepp”. 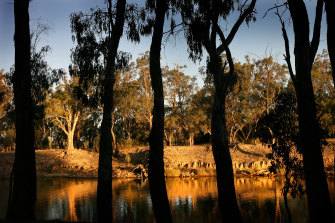 John Steinbeck said he travelled America to see “… the small diagnostic truths which are the foundations of the larger truth.” We stopped to marvel at The Shepparton Law Courts building, which is the largest, most modern, in town. Paradoxically, this qualifies it as a small diagnostic truth about Shepparton. Because from its rooftop you can gaze across the Goulburn Valley and see you’re in a town that needs a massive engine of criminal justice. I heard a cop beat a singing drunk unconscious in the old police cells here when I was a kid. When my father asked him, "Why?" the cop said: "He woke the sergeant’s wife. She’s a light sleeper." It was an age of chivalry.

The Semi-Venerable is the last of the men we knew who went away to war against the Japanese. He is 97 now and when we get to his place he is wandering the goat tracks through the stacked collectables in his backyard wearing Stubbies and a polo-shirt and a tweed Borsalino hat of a kind you can only get in a world of one Korea and two Germanys. He’s looking for a tent he’s pretty sure he once owned. You hear old people joke that they’re not buying green bananas anymore, but the Semi-Venerable just bought a new tinny. The electrical plug on the boat trailer doesn’t fit the car very well so he lies in the dirt to force it in. "Here, I’ll do that," I offer. "No. There’s a knack to it," he says.

The cultural anthropologist Margaret Mead wrote that men are happiest when setting out on a hunting party together. And strapping the tinny to the trailer I got a flashback of that boyish thrill I once knew travelling north, through the forest to the river, back when men were the forward party, arriving first, driving snakes and possums from the shack. Women would arrive hours later with the small children and salads and, perhaps, a watermelon. They would honk the car horns and we would race to the boats and cross the river to Victoria to get them.

I remember the pride of graduating from the women’s party to the advance party, driving the Semi-Venerable’s Willys Jeep through the forest as he, a giant, stood hanging onto the windscreen, wearing only shorts, swaying away from scything branches, pointing the way with a flattened hand like Erwin Rommel manoeuvring a Panzer division.

Today as we drive in through the forest, the track constantly forking, he is still pointing the way. He never stops talking, telling me Shepp news and demanding news from my world. We make camp on a beach on The Murray and light a fire. It’s a windy day, cold, with knee-high waves travelling upriver, so we don’t launch the tinny. Lowey puts a line in and begins catching Europeans. The water isn’t as clear as it once was, when we went harpooning crayfish from a boat by spotlight, peering down long cones of light through the yellow water to a pair of white claws.

At dusk two more old friends arrived. I had asked them to bring vegetables and salad items, so we naturally ate a meal of chops and white bread. And sat talking with one eye watching the fire through the lens of a Merlot and the other watching the splash of flame on familiar faces.

At about midnight the Semi-Venerable said, "Alright, gentlemen …" and wandered into the thistles and threw a piece of rubber matting down on the riverbank and one of those placebo sleeping bags filled with cotton wadding and patterned with Mickey Mouse that you gave kids in the '60s. Leichhardt had better bedding. No one offered him theirs, though. He isn’t near that old.

The rest of us talked the death of the world we’d known round and round into a conversational vortex until I said goodnight and rolled out my swag on the beach and the heeler lay next to me reciting sotto-voce denunciations of possums. A clear night: I watched the star-crammed sky shimmer and meteors scald themselves on the exosphere; and I listened to micro bats bitch about the shortage of mosquitoes this summer; and the ghostly tolling of a mopoke somewhere downriver; and occasionally, right overhead, the roaring of a male koala.

Above me in the forest sitting at the campfire two old friends talked on, agreeing with each other that the world is f—ed and will never be right again. And down on the beach I thought we must’ve given the Yorta Yorta cause to sit around fires on this riverbank saying the same thing. And that they were right. And that the two old friends by the campfire were right as well.

But at dawn, with horizontal light felling a forest of tree-shadow westward, the night fears seemed immodest and the death of the planet an intellectual vanity. A trouble invented for our own dramatic purposes.

We had breakfast and Lowey caught a cod and set it free. He said it was the first time he’d ever done that and I said it was a milestone and it told us something about him and he admitted wistfully that it was and it did.

After breakfast we drove south and dropped the Semi-Venerable at his place in Shepp. He pressed a few buttons on a machine and made us each a cappuccino, then he rested in an armchair and thanked us for coming. He hadn’t slept much. It had been a cold night in the placebo bag. I looked at him sitting there exhausted, knowing this was our last trip together. Until we panic about his mortality again and arrange another. No, he didn’t need us to unhook the boat trailer, he would do that, he said. There’s a knack to it. He would have a shower after that and go and visit his wife, who is in care. I looked around at the house, so neat, not a thing out of place, the model of the Cutty Sark dusted, the clock wound and ticking, all of it readied, as if she’s expected home momentarily.

We drove south. To our future. You don’t know it when you’re a kid driving out of town on your way to a distant school. It would seem an impossible thing. But you can’t get back in. The place you drive away from existed only for you. As the drawbridge raises behind you the strings on all the marionettes in the castle go slack and the cast lies woodenly gathering dust, never changing, mired in your past.

Celebrities
Royal biographers and commentators tend to be pretty protective of the royal family — so it's no surprise that they're...
Lifestyle
The Party Film Sales has closed further deals on Filippo Meneghetti’s romance “Two of Us,” which represents France in the...
TV & Movies
KATIE Price has defied the critics and posed in full make-up with her two daughters. The mum-of-five proudly shared a...
World News
A cemetery worker in New York is dead after he was buried alive inside an open grave. The tragic accident...
Beauty
In the world of shopping, there's always a worthwhile deal happening somewhere. And let's be real, there's never a better...
Fashion
A PAIR of childhood sweethearts have rekindled their relationship after bumping into each other in a bar in Benidorm after...
Recent Posts