"Nobody knows anything … Not one person in the entire motion picture field knows for a certainty what's going to work. Every time it's a guess and, if you're lucky, an educated one."

That's what William Golding said in his 1983 book, Adventures in the Screen Trade. He was talking about the Hollywood movie industry, but he might just as well have been talking about today's publishing industry. 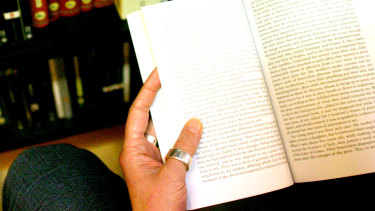 Justin Ractliffe, the new publishing director at Penguin Random House Australia, quotes Golding in a report he's just made to the industry, based on a study tour to the US. Funded by a Copyright Agency fellowship, he did a lot of researching and interviewing and compared the publishing business to another company producing mass entertainment, Netflix.

If you take the Golding quote literally, he hasn't found out anything much we didn't know already. But there's much more to the report than that. Sure, it's still true that nobody knows for sure what's going to work when you're trying to sell books. But publishers are trying harder than ever to find out, and are embracing new forms of connecting with readers.

Publishers have long been sussing out their market in two ways: by collecting data, and by that mysterious intuition known as "gut feel". What's vitally important now, Ractliffe says, is to shift the focus from the product (the book) to the customer (the reader). Publishers must get to know their readers' needs, empathise with them, be able to manage their attention and forge a direct connection with them.

This is essential because there's a lot more competition for readers' leisure time: will they still pick up a book when they can play digital games, browse social media or watch their favourite shows any time they wish?

To me, one of the most interesting things about this report is that publishers are beginning to look at much more than what they think readers want.

Readers' wishes have always been hard to identify, because as one marketing agency executive told Ractliffe, "consumers can tell you what they liked in the past but they can't tell you what they want in the future". Or as Carolyn Reidy, CEO of Simon & Schuster US, puts it: "You're trying to make people interested in something they didn't know they would be interested in."

The new research is aiming to get down to what role books play in the reader's life. The answer will vary from one reader to another, and publishers are divided on whether to concentrate on habitual rusted-on readers, or to try embracing light readers who might buy only one or two books a year.

This is easier territory to explore down the commercial end of the market, and gets increasingly hard as you approach the territory of art and literary fiction. One thing is clear, though: however accurate your research, that "gut feel" is still going to play a big role.

It's a fascinating exploration because it's going right back to what makes reading a book so important in the first place. I like the report's quote from Michael Bhaskar, co-founder of Candelo Digital Publishing and author of The Content Machine and Curation: The Power of Selection in a World of Excess.

"The key for the future is to play up the thing reading gives you that no other media does," he says. It is a medium "where your own imagination and brain does most of the work – we should structure everything we do around that insight".