EXCLUSIVE: UK studio comedy and entertainment shows are preparing to throw open their doors to live audiences from next week, as the British government relaxes social restrictions amid an easing of the coronavirus crisis.

From May 17, there won’t just be bums on seats in cinema screening rooms and theatres — some of the UK’s biggest television studios will once again welcome members of the public, meaning comedians and performers can get back to what they do best: Playing to a crowd.

Audiences briefly trickled back into television recordings last fall, but as Covid-19 cases rocketed, doors have been shut for months, and shows have largely recorded in front of virtual gatherings or scrapped audiences completely.

There is hope among producers that the latest unlocking will be more sustainable after the UK’s successful vaccination rollout. Some shows are planning to open at full capacity from June 21, when there should be a dramatic relaxing of social distancing rules.

Starting from next week, the BBC’s iconic topical panel show Have I Got News For You and ITV’s decade-old chat show, The Jonathan Ross Show, will be among the first to bring back audiences.

Jimmy Mulville, founder of Have I Got News For You producer Hat Trick Productions, said the show will be filmed in front of 100 to 200 people at London’s 400-seater Riverside Studios next Thursday. Another 60 to 80 people will also watch the recording live from a cinema at the Riverside facility.

It’s a similar story for The Jonathan Ross Show. Executive producer Bea Ballard said the final two episodes in the current season will be filmed in front of up to 66 members of the public at Television Centre’s studio one, which usually has a capacity of up to 550. “There’s no doubt having an audience helps the performers,” Ballard said.

Audiences at both shows will have to wear masks and be subject to safety protocols that are now second nature, including submitting to temperature checks and frequenting sanitary stations. Fans will be spaced out in the seating according to their family bubbles, with different groups forbidden from mingling. 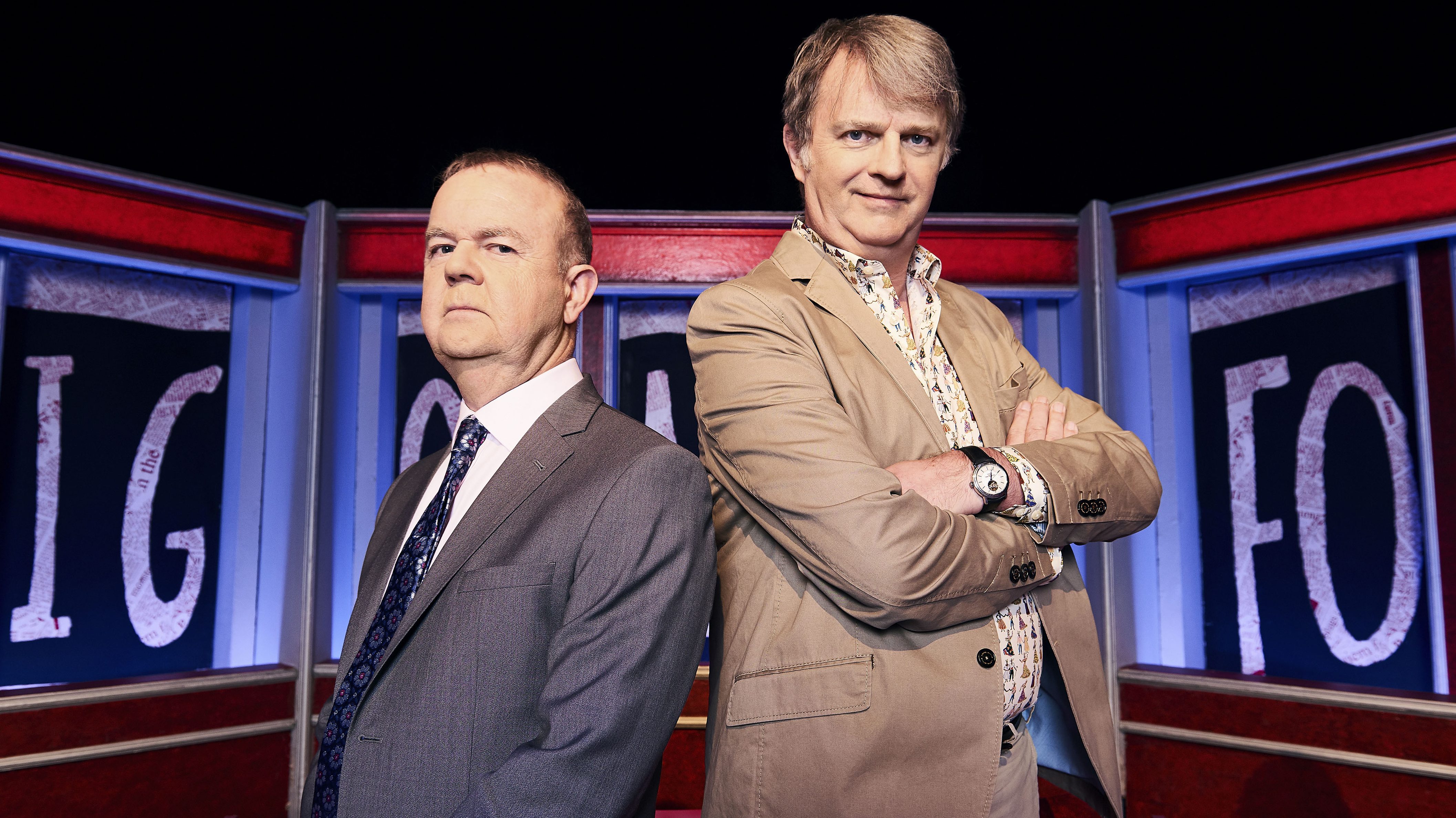 Over the barren months, Have I Got News For You has been recording in front of a virtual audience, who watch the full two-hour recording live from home and their reactions are captured for the broadcast. Mulville said it had been a “revelation” and Hat Trick’s ambition is to keep the virtual audience alongside those in the studio and create a mixed ecology crowd.

“It’s just something that we want to do for our audience. We have had such great feedback from people saying, ‘I would never have made it to London to watch this and it’s been such fun seeing backstage,’” Mulville explained, adding that they have had viewers joining from New Zealand.

He said ongoing restrictions, such as social distancing, are “not ideal” but the future is looking bright. “We’re edging closer [to normality] and, hopefully, if things go according to plan… there will be no problem with TV studios being packed out like theatres and football stadiums.”

Another program throwing open its doors from next Wednesday is BBC One’s The Goes Wrong Show, which is produced by Big Talk Productions and Mischief Screen in association with Lionsgate. The TV adaptation of the intentionally calamitous stage show begins recording a five-part season at Elstree Studios, where between 60 and 100 people will be able to watch the recording.

The show is heavily rehearsed and the stunts, such as collapsing sets and fire drills, are carefully honed to extract the biggest belly laughs possible. Belly laughs that simply do not exist without a crowd. 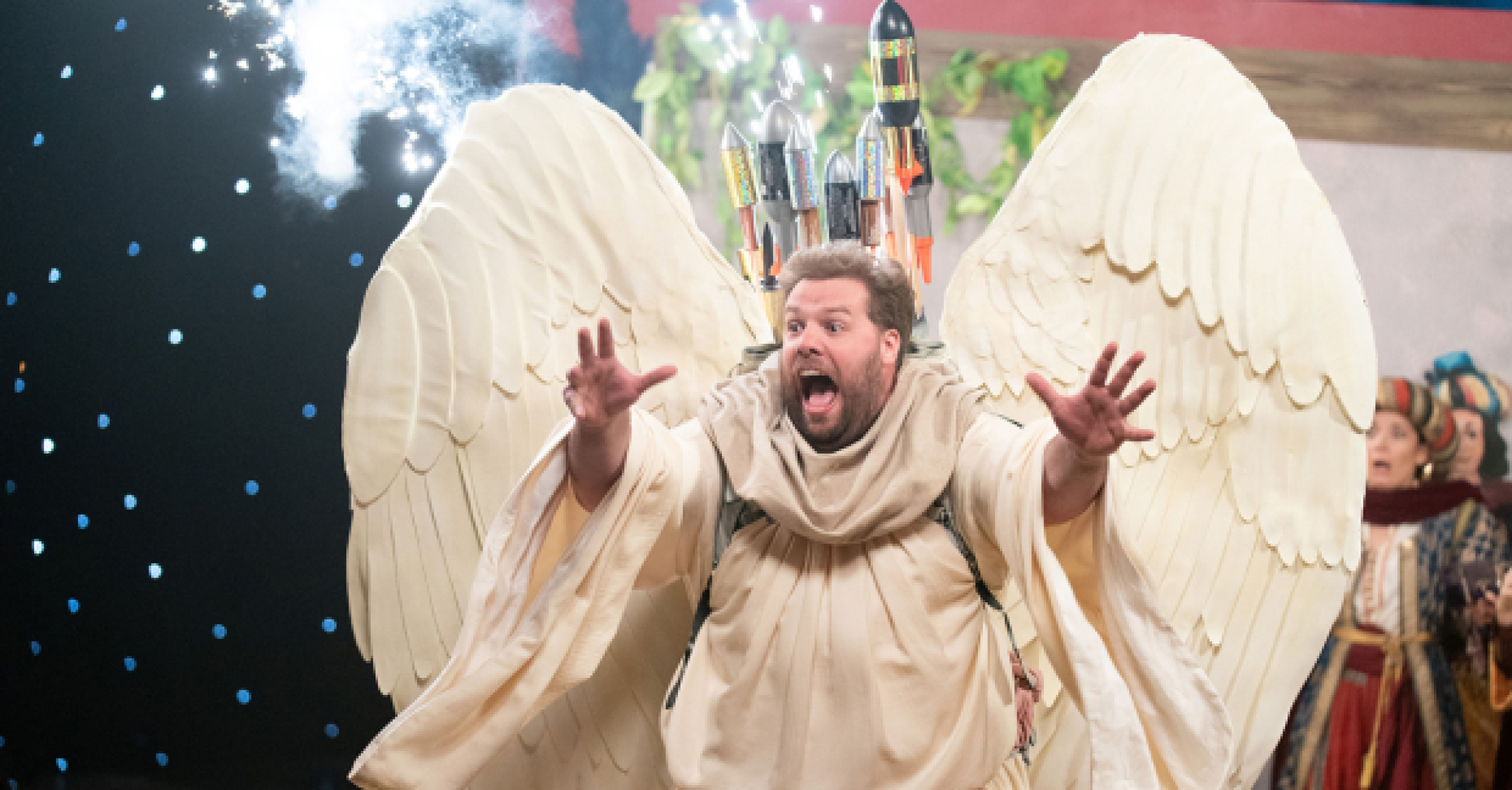 “It’s really vital to have an audience because the performance feeds off it,” said Big Talk’s executive producer Saurabh Kakkar. “When you’ve been rehearsing for two weeks and you perform in front of an audience, when you get those gales of laughter coming in, everything elevates. We’re really excited about it.”

As well as returning shows, new formats are also hoping to embrace the return of studio footfall. One example is comedian Tom Allen’s The Island, a comedy entertainment show being made by Super Best Quality Video Productions for BBC Studios-owned UKTV network Dave. Production on the eight-part series will begin at Pinewood Studios late next month and see four comics compete to make their own personal dream desert island.

Super Best Quality Video Productions creative director Joe McVey said The Island has been in development for 18 months, and has been designed so its audience can scale up or down, according to government restrictions. The plan was to always have a small audience on set and part of the show, with the option of opening up the traditional studio seating. This is the plan for June, when nearly 300 people will be sat behind the cameras in addition to the on-set onlookers.

“We’ve always had a plan to have a small, visible audience because we’ve created a very specific world where it feels quite real. In many ways, the constraints have actually really made us think more creatively about the editorial of the show and using audiences in a slightly different way,” McVey explained. “We’re hoping to get our audiences to turn up in what they might wear on holiday, which hints to our setting. There’s a hope that adds to a sort of carnival feeling.”