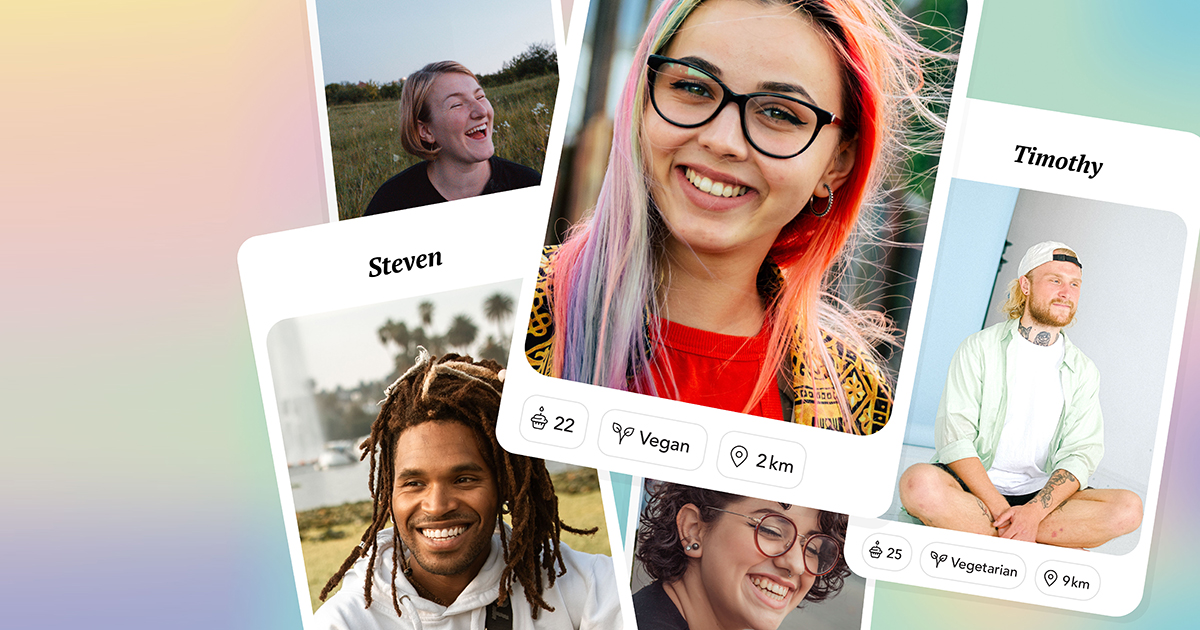 You love music, so you want to find a fellow music lover.

You enjoy being outdoorsy, so a homebody doesn’t work for you.

Why should it be different for vegans, seeing as it’s a choice that affects so much of a person’s lifestyle, from food to fashion?

The dating app sector is set to grow to £3.4billion in that time too, so Grazer, the app pioneering vegan-only dating, seem to be in the right place at the right time.

Charlotte Elizabeth, a co-founder of the app that aims to ‘unite and empower the plant-based community’, tells Metro.co.uk: ‘It was an idea that sparked from personal experience.

‘Myself and Lewis, the other co-founder, have been vegan for years.

‘In the UK, around 3% of the population are currently vegan. So if dating a meat-eater is a dealbreaker you’re already at a massive disadvantage. We want to solve this problem.’

In the UK, around 20% of Gen Z currently identify as meat-free, and this is projected to rise in 2022.

For these people, there are common dating complaints Charlotte has heard of time and time again.

‘We know many vegans report not feeling welcome and feeling judged on mainstream apps,’ she says, ‘which is unsurprising considering 41% of online daters are put off when someone mentions that they’re vegan on their profile.

‘It’s also not uncommon to see profiles that say “don’t date me if you’re vegan”.

‘Even if you do match with someone, an estimated one in five vegans break their diet on a first date because they were too anxious to say they are vegan.’

As well as finding a romantic match, the app lets vegan make friends too – so they don’t have to constantly make do with a small vegan menu when out socialising with meat-eaters.

In the UK, an estimated 63% of vegans are female, which means that Grazer, in a rare case for a dating app, has a majority female usership – this is also why the friend function exists.

But that still reveals a potential difficultly in the odds of matching with a vegan, depending on your sexuality, even with a tailor-made app.

What you eat – over all else – can be a huge dealbreaker in the shallow dating world.

‘Sharing a meal together is such a simple act but it has the potential to be such a bonding experience.

‘Having a disconnect in diet can definitely surface both practical and social issues.’

When Charlotte first went vegan she was dating a livestock farmer, and eventually the differences in lifestyle became ‘too big’ to overlook.

‘Veganism is more than just a diet, it’s a lifestyle driven by an ethical framework,’ she adds.

In line with the more mindful way of eating and living that veganism can evoke, the app limits the number of swipes users have every four hours.

‘We want our users to really consider the other person they are about to match with, which is why we limit the amount of swipes a person gets. We call it “grazing on Grazer”.’

As of next week, the app will be launching a crowdfunding project on Seedrs in which anyone can invest in the app in return for shares, from as little as £10.

Given how the industry is projected to go and the fact it’s Veganuary, the founders say now is a good time to ‘give back’.

Is it time for vegans to be the ones who are picky about what their dates eat?

After being the butt of the joke for years, perhaps so.

Rush Hour Crush – love (well, lust) is all around us

Tell us about your Rush Hour Crush by submitting them here, and you could see your message published on the site.