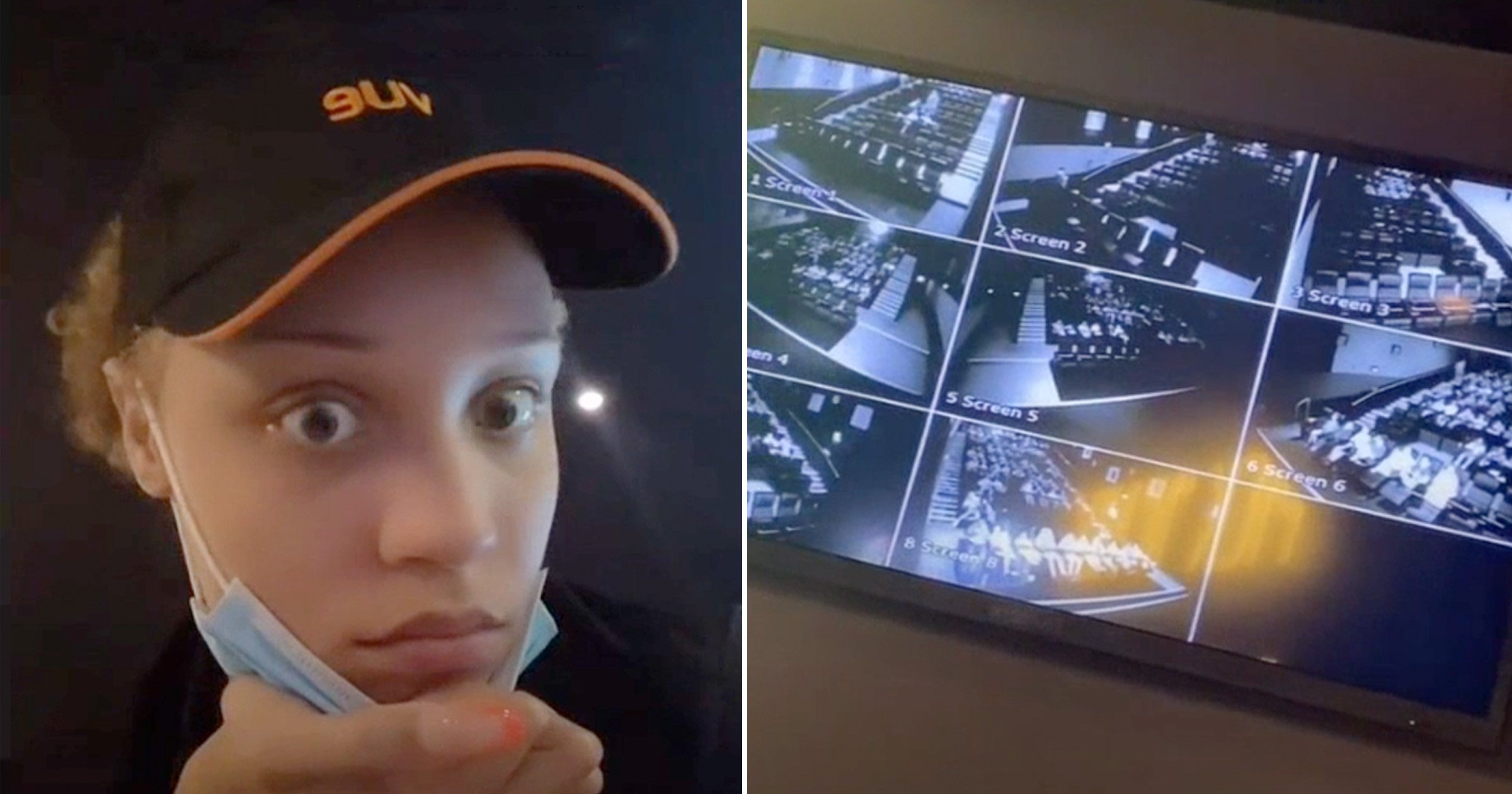 If you think you’re hidden under the cover of darkness when the lights go out at the cinema, think again.

Cinema-goers have been left stunned after a staff member revealed that workers can see everything that goes on in the seats.

A viral TikTok from a Vue cinema employee has shed light on exactly what can be seen when the lights turn off, before a film starts.

In the clip, the 17-year-old TikTok user (@no1headache) shares the CCTV footage that can be seem across all theatres, hinting that nothing goes unnoticed by staff members – especially sex.

She says: ‘When people come to the cinema with their sneaky link to do the nasty’ – before zooming into the cameras.

The employee also goes on to explain in the comments that Vue staff members also have ‘night vision goggles’ so ‘they’ve seen it all.’

we see everything! #foryoupage

The video – which has since racked up almost 20 million views – has struck a chord with movie lovers, with many admitting they had no idea staff could see their antics in the theatres, such as bringing their own food in from outside.

One person replied: ‘So y’all see me take my whole fridge outta my bag.’

Another person added they didn’t care about being caught in the act – but they are worried about something else.

They replied: ‘I don’t care about that. I’m just concerned because I’ve been throwing popcorn at the back of people’s heads for fun.’

Others were also reassured by the revelation.

One person commented: ‘This is actually good to know in case of emergencies. I honestly had no idea, I thought you could get away with murder in there lol.’