BITCOIN Rejoin and Bitcoin SuperSplit are the latest platforms to pop up in the “wild west” of cryptocurrency trading.

But experts are warning they should be "avoided like the plague" due to their extremely high risks -even bigger than cryptocurrencies.

🔵 Read our cryptocurrency live blog for the latest Bitcoin updates 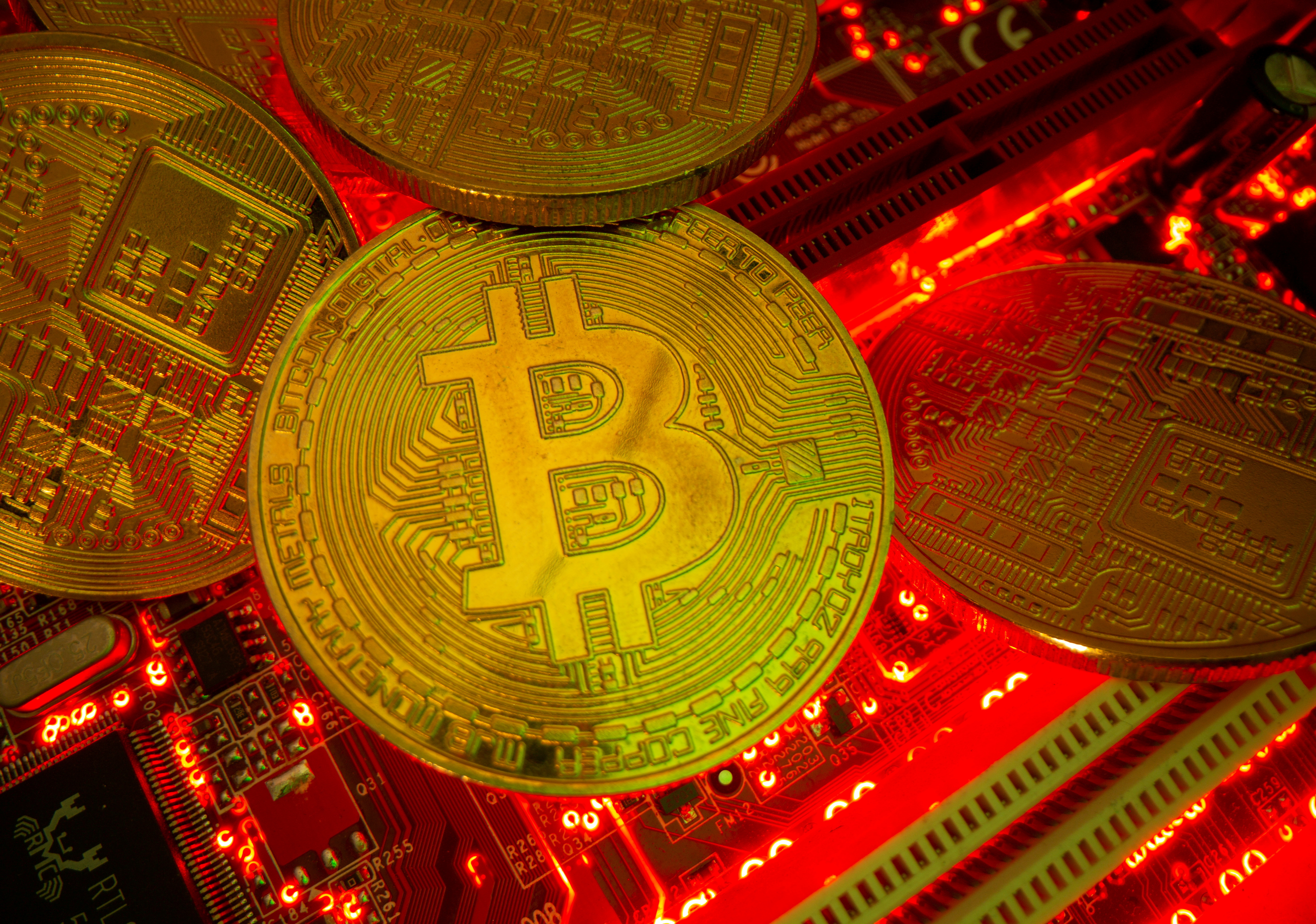 Both sites also make wild and "financially dangerous" claims about returns, according to experts, and should be avoided.

Anyone looking to invest in cryptocurrencies and decentralised finance tokens should know it is very risky, and you should only invest what you can afford to lose.

It is not a guaranteed way to make money, and your cash can go down as well as up extremely quickly.

The risks of buying with cryptocurrencies

Investing and making a purchase in cryptocurrencies such as Bitcoin is risky .

You should also think carefully about making purchases with a cryptocurrency.

For example, Bitcoin has had wild price fluctuations in recent months and the price can change on an almost hourly basis.

These price swings are risky for a business as you could sell an item for a Bitcoin at one price and the value may drop soon after, leaving you with less money from a sale.

And if it doesn't feel right to you, then it probably isn't so don't part with your cash unless you're completely sure you know what you're doing.

Here's everything we know about Bitcoin Rejoin and Bitcoin SuperSplit so far.

What are Bitcoin Rejoin and Bitcoin SuperSplit?

Bitcoin SuperSplit and Bitcoin Rejoin are not cryptocurrency, but instead are platforms that use artificial intelligence (AI) to trade Bitcoin contracts for difference (CFDs).

This means users don’t actually trade Bitcoin through the platforms.

Instead, AI robots speculate on the cryptocurrency's volatility and bet on whether the price will rise or fall.

Both sites make bold claims about high investment returns, but potential users have been warned by experts to “avoid them like the plague”.

Bitcoin – and other digital currencies – are extremely volatile and experts have warned trading in CFDs could be even riskier than trading in the coins themselves.

For example, Bitcoin has plunged from highs of $64,536 in April to $38,713 in just under six weeks later, according to CoinMarketCap.

Are Bitcoin Rejoin and Bitcoin Supersplit a scam?

It is not clear whether these platforms are a scam, but experts have issued a strong warning to anyone considering investing their money through them.

The services are not regulated by the UK's Financial Conduct Authority, meaning you may not be able to claim back any money you lose.

Regulated financial services firms are currently banned from selling these CFD crypto products to clients due to the high level of risk involved.

Susannah Streeter, senior investment and markets analyst at financial services firm Hargreaves Lansdown, said: “They can still be bought and sold in the unregulated crypto space and [Bitcoin Supersplit] site claims to have ‘insane results’ boasting that it ‘makes people rich’.

“Such claims are preposterous, highly misleading and financially dangerous and so should sound loud warning bells to anyone in the vicinity.”

Meanwhile, Myron Jobson, a personal finance campaigner at investment site Interactive Investor, said this type of software should be avoided “like the plague”.

He added: “Bitcoin, like other cryptocurrencies, is a relatively new entrant to the investment universe and therefore has not built up enough of a track record for any meaningful conclusions on trends and behaviour to be drawn – let alone credible software/AI to help people make money from cryptocurrencies.”

What are the risks?

Investors in cryptocurrency products and services, such as Bitcoin SuperSplit and Bitcoin Rejoin, should be prepared to lose all their money.

You should only invest money that you can afford to lose, and should not invest in any schemes you don't fully understand.

The FCA said: "As with all high-risk, speculative investments, consumers should make sure they understand what they’re investing in, the risks associated with investing, and any regulatory protections that apply."

If you invest and lose your money it is unlikely that you will have access to the Financial Ombudsman Service, meaning it may be impossible to claim back your cash.

A German trader lost almost £200m in Bitcoin after he forgot his password.

Another man spent his Bitcoin – which would now be worth £250m -on pizza 11 years ago.

Other cryptocurrencies, such as Ethereum, Dogecoin and Cardano, have popped up as interest in the market continues to rise.