When the pandemic hit back in 2020, research by the Centre for Multicultural Youth and the Australian National University found that 93 per cent of multicultural people aged 16-25 in Victoria had experienced racism.

This might shock some; others might call it ludicrous. But almost every multicultural young person in the state, myself included, can assure you that racism most certainly does exist – and it might be closer to home than you think.

Throughout my life, I’ve had the fortune to live in inner-city Melbourne, out in the suburbs, and more recently, regionally in Gippsland. There are many things I love about all these places. I’ve also had the (mis)fortune of experiencing racism in every single one of these areas. 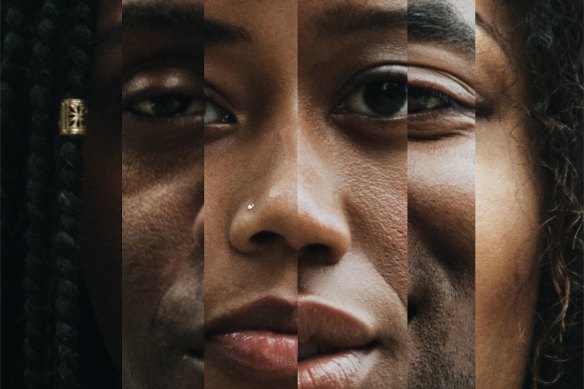 Many Australians continue to endure racism in their daily lives.Credit:Getty Images

From the barely audible mutterings of “go back to where you’ve come from” in the supermarkets, to the “chingchong dirty Asian” shouted across the street, verbal abuse has become almost inescapable. Beyond slurs, I’ve had friends who have been deliberately spat on. I have been verbally and physically assaulted by a racist and belligerent man at my favourite beach in the affluent bayside suburb of Black Rock. That’s right, racism exists everywhere – metro or regional, rich or poor suburb, day or night.

It’s no wonder many young people don’t feel safe in their own communities.

Since the start of the pandemic, racism has become much more overt, much more in your face, and much more confrontational. But what do I do when I’ve been punched after a racially motivated attack? Report it to the police? Is there a hotline I can call? What happens to the information? Where do I even get help?

I have no idea what to do.

I, a member of the Youth Advisory Group for Australia’s largest organisation for multicultural young people – the Centre for Multicultural Youth — have no idea what to do.

I, someone who’s completed a fellowship with Australia’s foremost racial and economic justice organisation – Democracy in Colour — have no idea what to do.

I, a university-educated young person who has worked in the multicultural space for years, have no idea what to do.

But if I don’t have a clue, what hope do other young people have? It’s no wonder that almost 85 per cent of people who experienced COVID-19-related racism didn’t report it to the police. After all, what can they do? Why draw attention to ourselves when we don’t need to? We’ve almost been conditioned to accept a certain baseline level of racism as “normal”.

This can’t be acceptable. There is absolutely no place in modern Australia for racism.

What I’ve experienced is only a small segment of the racism that multicultural young people experience every day. What people go through will differ based on ethnicity, suburb, sexuality and occupation. Some communities face over-policing, other communities face continuously negative media rhetoric. There is no one singular experience of racism.

What’s needed from our elected representatives is a commitment to tackling racism in local communities, including in our schools. The Labor government’s Anti-Racism Taskforce to develop a new anti-racism strategy is a good start. But it needs to include youth-specific initiatives developed in close consultation with young people with lived experience of racism to ensure whatever strategy is developed effectively reduces racism and its harmful impacts on young people like me.

I would love to see an incoming government invest in youth-led approaches to create local solutions that focus both on prevention and remediation, because tackling racism involves different things in different communities. Some communities need more dialogue, others require culturally sensitive support systems to debrief racist incidents. One example of addressing racism head-on is at Braybrook College in Melbourne’s west, where they have a student-led and run group called the Power Collective, which facilitates open and frank discussions about racism and developing student-led anti-racism initiatives.

Another way we could tackle racism is on sporting fields across our state. Sport needs to be seen as a vehicle to address racism and discrimination. If we can ensure community sporting clubs have the resources, support and guidance to strengthen diversity and inclusion in their clubs, the entire community would benefit.

Whoever wins the state election will need to consider many things in tackling racism in our communities. Most importantly, it will need to commence with listening to young people and creating viable solutions alongside us.

Only then can we create a Victoria where racism is no longer part of our society and young people can start to feel safe again.