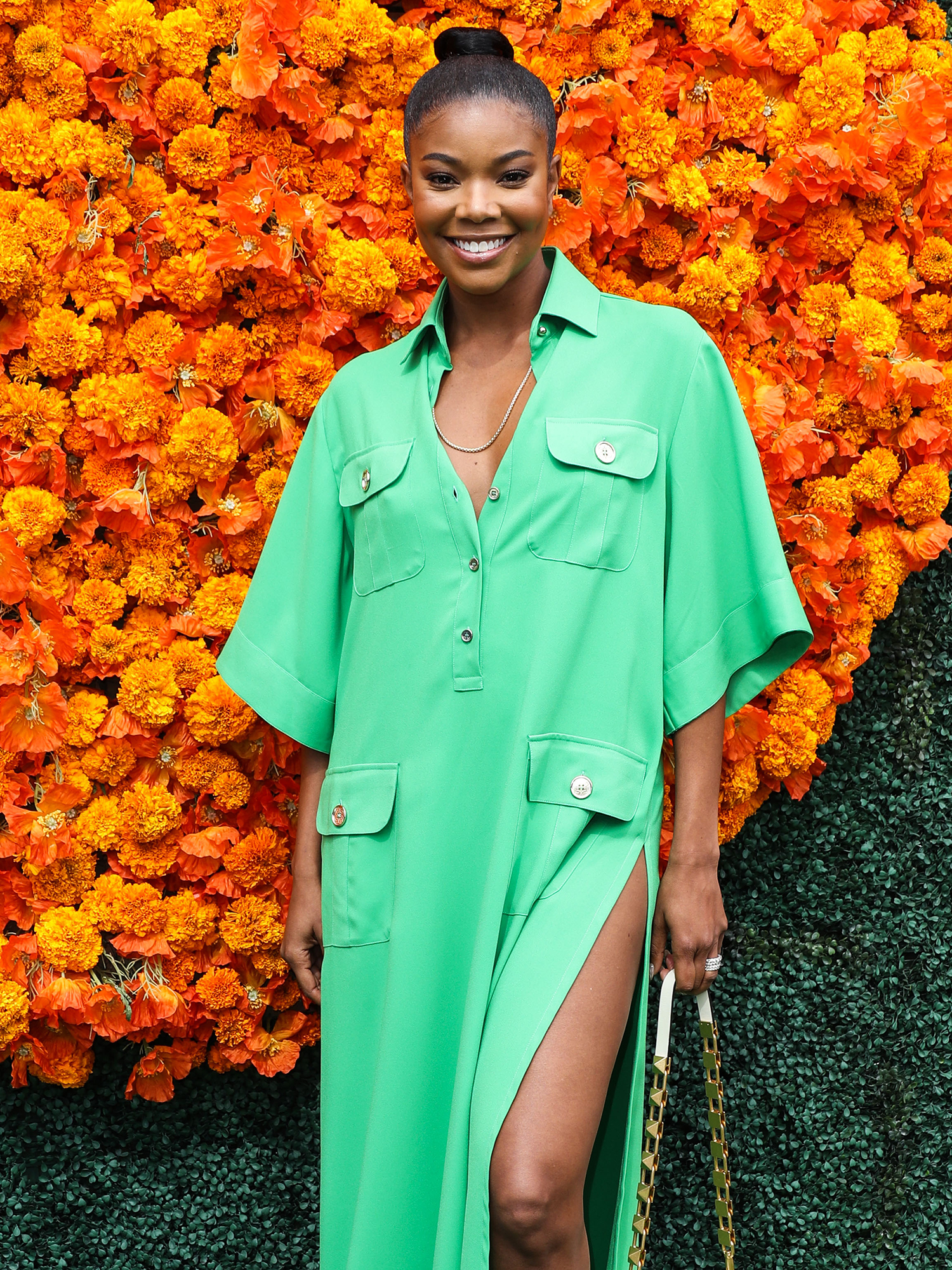 “The stepparent label was put on me by the kids’ school because you have to describe yourself: ‘Who are you if you’re not their mother?’ It’s very annoying,” the Bring It On star, 49, revealed during the Tuesday, November 16, episode on the “We Can Do Hard Things With Glennon Doyle” podcast. “It’s not a word that I use.”

Gabrielle Union and Dwyane Wade: A Look at Their Supportive Romance Through the Years

“When I first started dating Dwyane, obviously, I knew he had children,” Union told host Glennon Doyle. “To this day, I’m kinda, like, ‘This is wild. You’re a single NBA player who got full custody of small children. It’s not common.’”

She continued, “So, all of a sudden, it was Monday and we were just this carefree couple. I’d gotten divorced [from ex-husband Chris Howard] a few years prior and I was enjoying my life. We were fully enjoying all the things. And then on Tuesday, the kids arrived on a dime. The ruling came down and here are these kids. They need guidance and they need parenting. And we weren’t married at that point, so I was just the additional adult in their life.”

The 10 Things I Hate About You actress noted that she intended to be “consistent” in the Dwyane author’s children’s lives. (He shares Zaya and Zaire with ex-wife Siohvaughn Funches and Xavier with ex Aja Metoyer.)

“Whatever personality I was trying on that day, or whoever I was, I just needed to be consistent so they can get used to me,” the You Got Anything Stronger? author added during the podcast. “They’ve already gone through so much upheaval, moving states away, not knowing anyone, having gone through a divorce. I knew I needed to be consistent. I just didn’t know what my role was.”

Once the couple finally tied the knot, the Nebraska native knew that she was also “married to” the kids.

Following the pair’s nuptials, they later welcomed daughter Kaavia, now 2, and have continued to be a consistent presence in all four of their children’s lives. Not only are they there to support them, but Union and Wade are quick to defend their family too.

“With all of the love comes the hate too,” the Being Mary Jane alum previously told Variety in May 2020 after sharing that daughter Zaya is transgender. “It’s watching the love handle the hate that has been encouraging. We’re just loving and accepting our kids, which is not revolutionary. To some people it’s nuts. For those people who have spoken out so publicly against our family … I’m not standing on my own. The cavalry is arriving, and they are unafraid to stand in their truth and not be compromising when we look at right and wrong.”