The 2020 Golden Globes are going vegan.

The Hollywood Foreign Press Association announced on Thursday that this year’s meal at the Golden Globes ceremony will be entirely plant-based, in an effort to raise awareness about environmental sustainability.

As the statement obtained by E! News reads, “As part of the HFPA’s overall focus on sustainability, the Golden Globes will be serving a 100% plant-based meal at the show, to raise awareness about how our choices can impact the environment. All produce and vegetables are locally and sustainably sourced.”

This marks the first year the Golden Globes meal will consist solely of vegan options, although vegan and gluten-free menu items have been made available in the past.

According to The Hollywood Reporter, this vegan dinner was a bit of a last-minute switch, as the meal included fish up until December.

As Beverly Hilton executive chef Matthew Morgan told the outlet, “We had the menu with fish. Then we got together with the HFPA and they wanted to make this change to send a good message. It’s definitely the first Golden Globes that has gone vegan.”

In addition to the vegan meal, the award ceremony is taking their commitment to sustainability one step further by eliminating single-use plastic from the event.

As the HFPA’s statement continued, “Icelandic Glacial is this year’s water sponsor who will be serving water on the carpet and inside the ceremony in glass bottles, eliminating plastic waste. They will also be making a donation to an organization of the HFPA’s choice.”

In November, Icelandic Glacier announced it was selected as the official water of the Jan. 5 ceremony. (Sorry, Fiji Water Girl.)

HFPA president Lorenzo Soria said all of these changes are their attempt to remind attendees of the climate crisis. 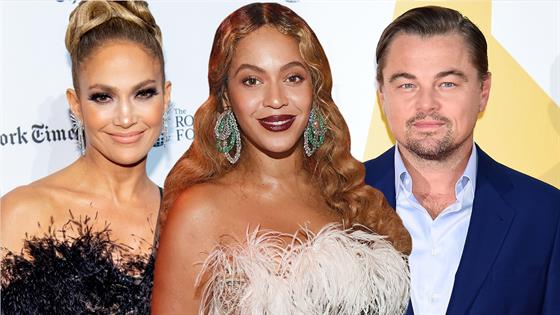 “Over the holidays, we took time to reflect on the last year and began thinking about the new year and the decade ahead,” Soria said in a statement to E! News. “The climate crisis is impossible to ignore and after speaking with our peers, and friends in the community, we felt challenged to do better.”

As he continued, “The decision to serve an entirely plant-based meal was embraced by our partners at the Beverly Hilton, and represents a small step in response to a big problem. By partnering with Icelandic Glacial to hydrate guests via glass bottles, eliminating single-use plastic, and serving a 100% plant-based meal, we’re hoping to raise awareness around small changes that can have a greater impact. We know Awards shows have a long way to go, and we all can do better.”

(E! and NBC are both part of NBCUniversal.)

Celebrities
As covered earlier on February 19, Kimye is done. Officially. Now, People is reporting that a source close to Kanye West...
Lifestyle
Health-focused mum divides opinion after turning her Big Mac into a SALAD while her family eats the burgers - and...
TV & Movies
Ever since breaking into mainstream Hollywood with his incendiary capture of legendary baseball player Jackie Robinson in 2013's 42, acting...
World News
Playground that's fit for a duchess: Kate Middleton's Chelsea Flower Show garden inspires new Sandringham adventure wonderland Adventure playground was...
Beauty
5 New Beauty Rituals to Get Behind in 2021 After being surrounded by so much sameness, switching things up can...
Fashion
24 Ridiculously Cute New Items Zara Released For March I'm a shopping editor, and one of my personal favorite brands...
Recent Posts