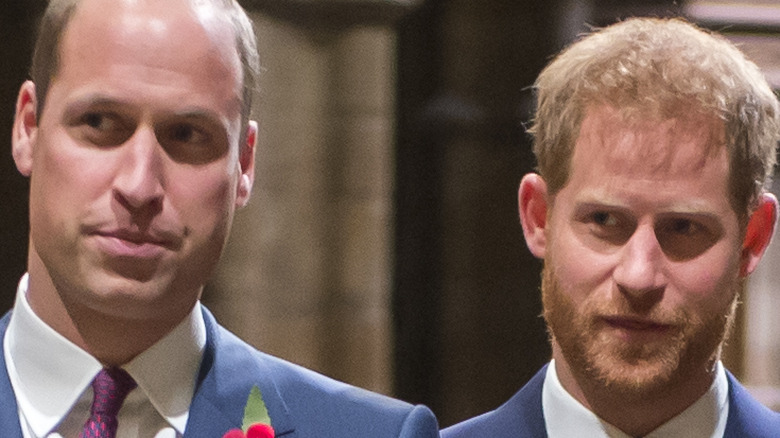 To say it’s been a long couple of years for the royal family doesn’t begin to grasp just how tense some relationships within the family have become – especially after Prince Harry and Meghan Markle stepped down from their official duties as royals early in 2020, followed by the their bombshell tell-all interview with Oprah Winfrey a year later.

The relationship between Prince Harry and his brother, Prince William, seemed particularly strained, but after coming together to honor their grandfather, Prince Philip, who died in April at age 99, there was hope that the once close brothers had mended their rift. However, those hopeful rumors of reconciliation proved the be just that — rumors. The relationship between the two princes remains quite frosty, as royal expert Robert Lacey writes in an updated version of his book, “Battle of Brothers: William, Harry and the Inside Story of a Family in Tumult” (via Insider). 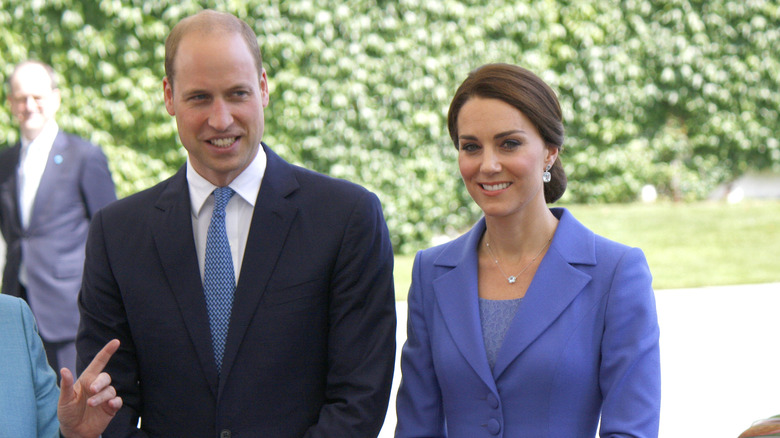 In an excerpt from the updated version of “Battle of Brothers,” author Robert Lacey claims that Prince William and Kate Middleton refused to speak to Prince Harry after their grandfather’s funeral. “William and Kate, after saying goodbye to Charles, who headed to Wales where he had been mourning at his Llandovery estate, went back to Kensington Palace together to put the children to bed,” Lacey writes (via Insider). “They told friends that they could see no point in talking to Harry, since any discussion of substance would go straight back to Meghan to be leaked out via Oprah or some other tentacle of the Sussex network that had not stopped spreading stories in the weeks since the interview that the couple’s friends had promised would be their final word.”

That said, Lacey remains confident that the brothers will eventually put their differences behind them and mend their relationship. 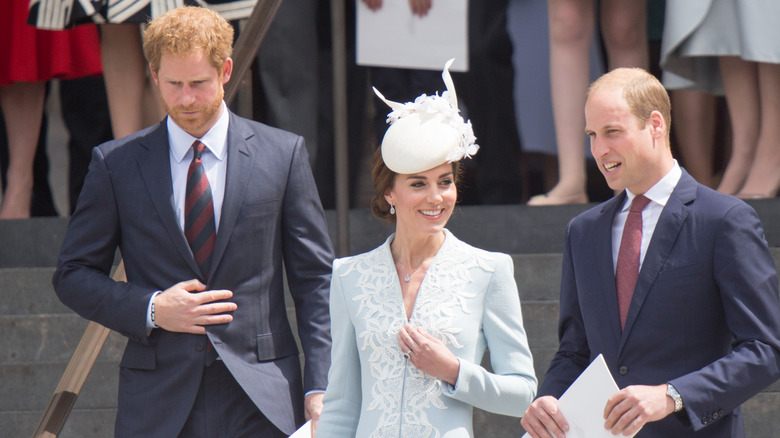 Despite Prince Harry and Prince William’s ongoing beef, royal expert Robert Lacey, who also serves as a consultant on the wildly popular Netflix series, “The Crown,” thinks the pair are on their way to a reconciliation, and he believes that the brothers will take the first step in repairing their bond when Harry and William reunite for the unveiling of a new statue of their mother, the late Princess Diana, on July 1, which would’ve been her 60th birthday (via People).

“In updating this story, I am saddened about the depth of the rift and the animosity between the two of them. I have also come to feel there are solid, long-term reasons for this being resolved in the future,” Lacey told People, referring to the unveiling of the Princess Diana statue while promoting his book.

Harry and William’s rift is reportedly affecting the entire royal family – especially their father, Prince Charles. According to a source, Charles is “shell-shocked” by their ongoing feud (via People). “He is very hurt and upset [by the ongoing fallout].”