Protections for wildlife that can prevent the federal environment minister from approving developments in critical habitats for endangered animals are being swapped for less powerful conservation advice.

Commonwealth law requires the government to develop a plan to save hundreds of plants, animals and habitats on the threatened list. Recovery plans were set up to do this when the Environment Protection and Biodiversity Conservation Act was created in 1999. 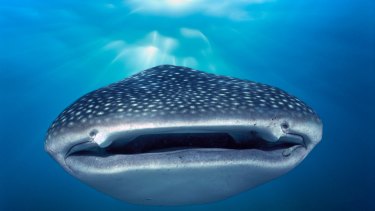 Whale sharks are one of the 676 threatened species which could have its recovery plan swapped for conservation advice. Credit:Jeff Rotman / Alamy Stock Photo

On the list to swap recovery for conservation advice are seven habitat types which impact property developers in western Sydney, including the Cumberland Plain Woodland. So too is grey box woodland and grassland, which covers vast swathes of grazing country in NSW, Victoria and Queensland.

Recovery plans are long and detailed documents that lay out the actions required to prevent wildlife from going extinct, such as banning the destruction of habitat which lies in the path of aquaculture, agriculture, a mine, airport, road or resort developments.

The shift from recovery to advice was prompted by a review from the Commonwealth’s expert panel, the Threatened Species Scientific Committee, at the request of the Environment Department.

The department said the proposed changes are based on the “best planning outcome” for threatened species and are subject to public consultation before a final decision.

There are about 1900 plants, animals and habitats on the threatened list. At the recommendation of the committee 900 have recovery plans, but last week it said 676 of these can be scrapped and replaced with conservation advice. An initial list of 185 species has been put on exhibition for public consultation.

That list includes scrapping recovery plans for the whale shark, fin whale and sei whale which could be impacted by offshore petroleum development in Western Australia, as is the giant kelp forests of south-east Australia, which can be damaged by salmon farming in Tasmania. It also includes the Tasmanian devil, masked owl, nightcap oak and emerald dove.

Recent research published in the Conservation Letters journal found public investment for Australia’s 1700 threatened species, across state and federal governments, was far below comparable nations. Australia’s spending was about $122 million a year. By contrast, the US, with a similar list of 1662 threatened species, spent at least $2.1 billion a year from 2011 to 2016.

About 100 native Australian species have gone extinct since colonisation and the rate of loss has not slowed in the past 200 years.

Wilderness Society policy and strategy manager Tim Beshara said the “simple” system to threatened species was failing due to lack of funding and political will.

“Successive ministers have been so successful in eviscerating the capability of the department through browbeating and de-funding that they’ve become unable to carry out this most basic task of writing and implementing these plans,” he said.

“If the government won’t make the law stronger, we at least need to use all the current tools in the Act to the maximum,” Ms Beynon said.

Chair of the Threatened Species Committee Helene Marsh explained the shift to recovery by arguing the plans take up to five years to develop while conservation advice can be “much more nimble and responsive in this era of climate change”.

Environment Minister Sussan Ley said the proposed changes were recommended by the independent Threatened Species Scientific Committee and are available for public consultation until November 2.

Liam Mannix’s Examine newsletter explains and analyses science with a rigorous focus on the evidence. Sign up to get it each week.