England’s World Cup victory over Scotland breaks record for most-watched women’s game in the UK as 6.1MILLION viewers tune in

England’s win over Scotland in the Women’s World Cup was the UK’s most watched women’s football match of all time, with a peak 6.1m audience – three times bigger than the men commanded for their Nations League win over Switzerland

The figure for the home nations’ World Cup opener – 37.8 per cent of the available audience – comfortably beat the previous best 4m, for England’s Euro 2017 semi-final against Holland.

The average audience throughout the Scotland game was 4.7m. 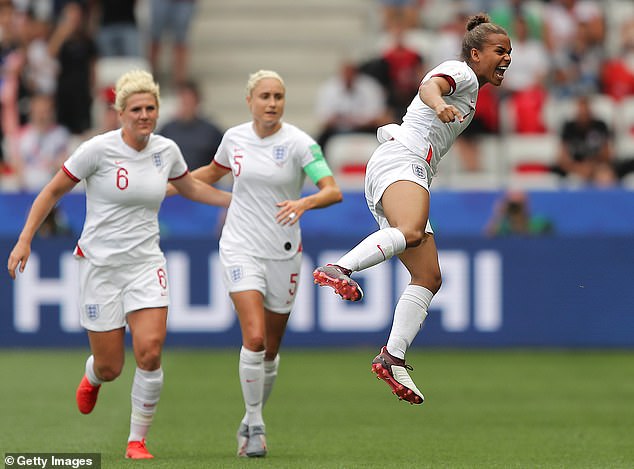 Though the men’s Nations League third-place play-off against the Swiss was only available on Sky Sports pay-per-view, the numbers were far lower with a peak of 1.89m.

The average audience figure for the men was 1.07m, less than a quarter of the women’s game equivalent.

Manager Phil Neville said after the 2-1 win that the cooler climate in Le Havre, where they face Argentina on Friday, ‘might suit us.’ 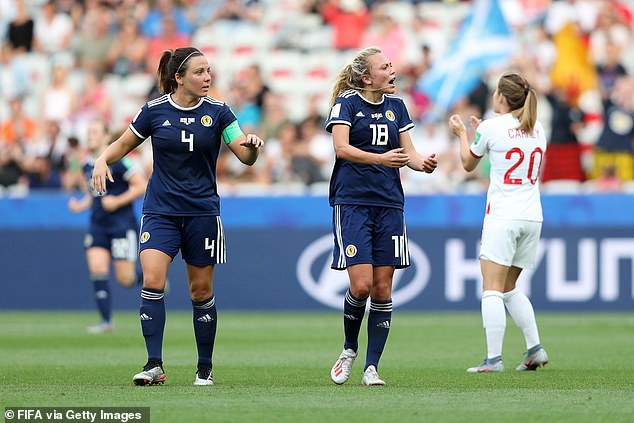 But he said a lesson would be learned from the way the team tired against the Scots.

Neville said: ‘That’s a learning curve for us, about managing our energy through the game.

‘The substitution of [defender] Millie [Bright, with a shoulder injury] threw us because the plan was to bring one midfielder and two forwards on to give a little more energy up front because we press from the front but Millie coming off gave us something else to consider which was disappointing.’