Football.London reports the club's former midfielders are now in cahoots over their dealings in the market. 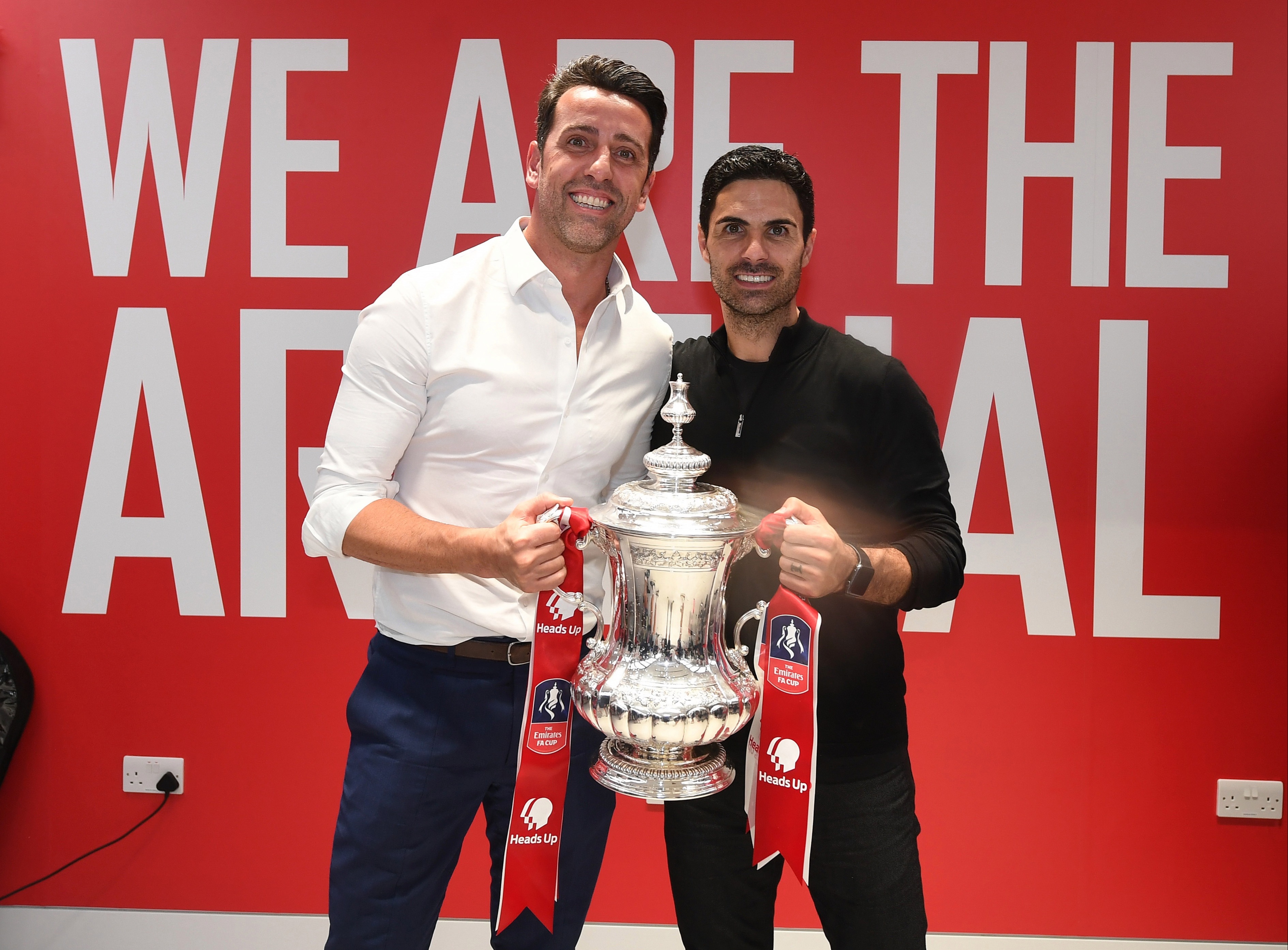 Reserve keeper Emiliano Martinez is set to be confirmed as an Aston Villa player with the Gunners collecting £20million for the 28-year-old Argentine.

And the next four deals in the window are thought to have been agreed by Edu and Arteta.

The club have brought in Willian from Chelsea and defender Gabriel Magalhaes from Lille in this window.

And The Gunners also secured the return of Spanish midfielder Dani Ceballos on another season-long loan from Real Madrid.

Former Manchester United ace Henrikh Mkhitaryan left North London for good after his contract was terminated so he could join Roma permanently for free.

SunSport told you Arsenal are lining up a £10m bid for Brentford shot-stopper David Raya to replace Martinez.

And Gooners wait to see who else could come through the door at the Emirates with the club heavily linked with Lyon star Houssem Aouar.

The talented 22-year-old could set them back an eye-watering £55m.

There may also be an end to the long-running Thomas Partey saga with the Atletico Madrid defensive midfielder well known to be one of Arteta's main targets.

But Atleti are standing firm as they demand £45m to exercise his release clause.

However, Arsenal are thought to be in pole position to land their man after he rejected a new deal in the Spanish capital.

Celebrities
https://www.instagram.com/p/CFI4tiejY_m/ A post shared by Olivia Culpo (@oliviaculpo) on Sep 14, 2020 at 6:31pm PDT Olivia Culpo has been making...
Lifestyle
The Daily Star's FREE newsletter is spectacular! Sign up today for the best stories straight to your inbox Trying to...
TV & Movies
KHEERAT Panesar leaves Mitch and Karen reeling next week in EastEnders when he suggests that Gray Atkins killed Chantelle.  Here’s...
World News
NANCY Pelosi has condemned violent demonstrations– but only as "polls tightened" after "10,000 arrests and $2BILLION in damage," Trey Gowdy...
Beauty
Get the deep discounts at the end of the summer season on a new swimsuit or two by shopping swimwear deals...
Fashion
The iconic athletic brand found six COVID-19 frontline nurses from Boston's major hospitals to feature in the collab campaign to...
Recent Posts
We and our partners use cookies on this site to improve our service, perform analytics, personalize advertising, measure advertising performance, and remember website preferences.Ok