SOMEONE tell Gareth Southgate there is more than one young rising star at Arsenal.

Because after another dazzling performance, there is no more Emile Smith Rowe can do to get the England manager’s attention. 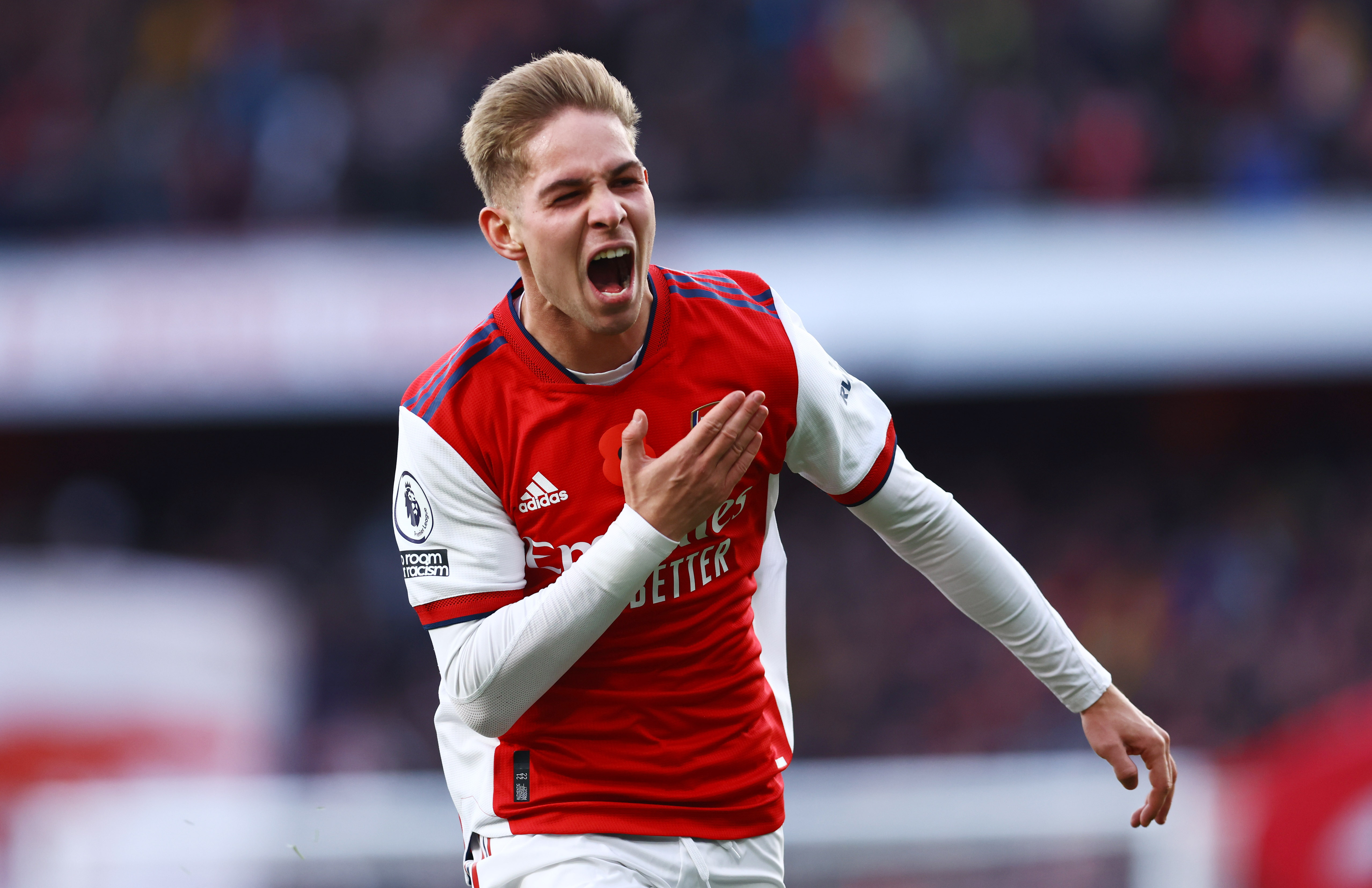 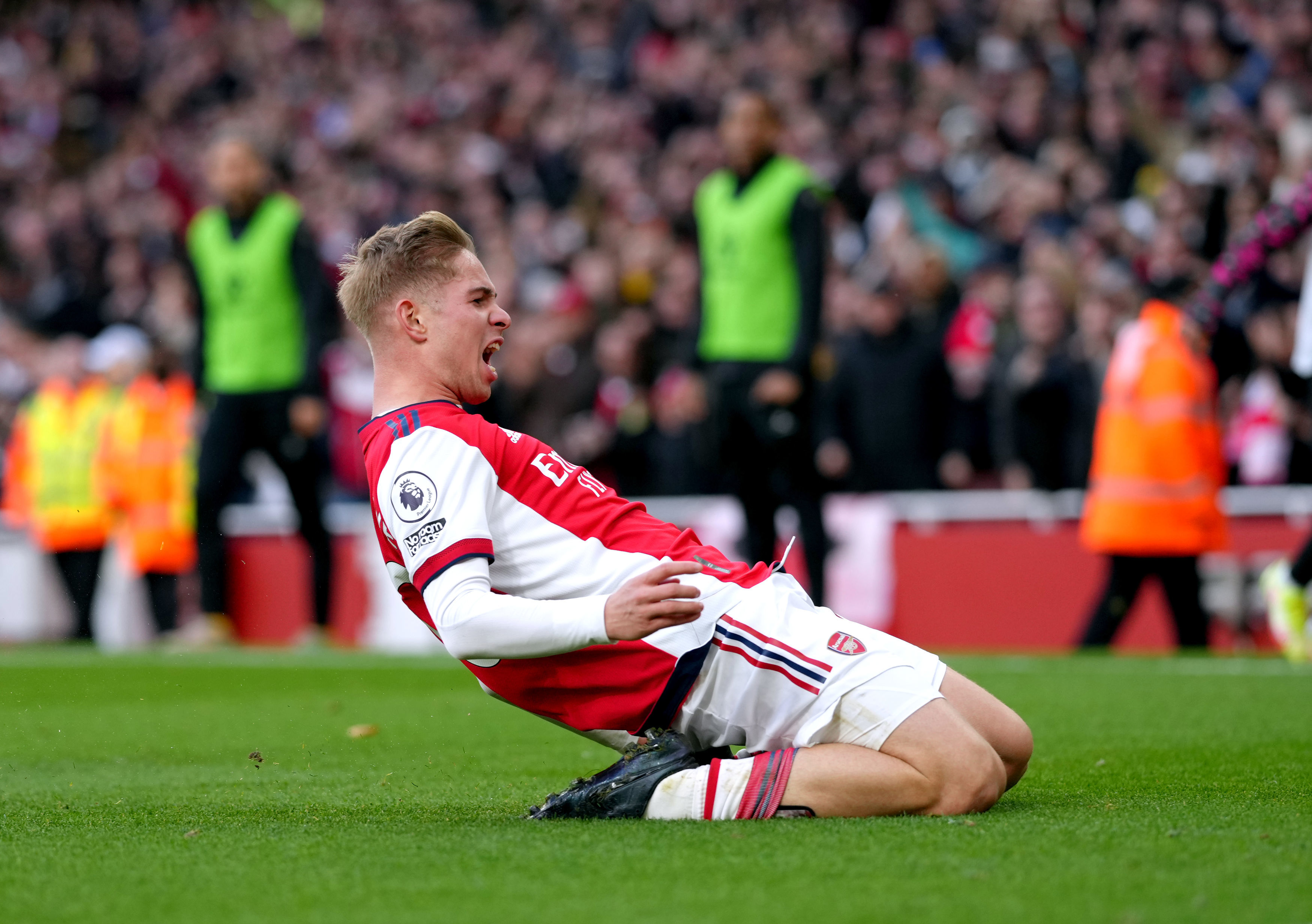 In what could have been a very tough game for the Gunners, it was the 21-year-old who again made the difference.

It was not the prettiest of finishes, but was one which saw him match Cesc Fabregas, Jose Antonio Reyes and Nicolas Anelka’s record of scoring in three consecutive games aged 21 or younger for the Gunners.

Last season he was finding his feet in a side which was in transition, but this term he has stepped up to become the player Arsenal depend on in tight games.

The England boss has built his squads of the past on young talent who are getting regular game-time for their clubs.

So just on that basis alone, Smith Rowe should have been called up alongside Bukayo Saka last Thursday.

But instead Southgate has decided to stick with the players who helped the side reach the final of last summer’s Euros.

He has stuck to his morals to some extent by giving Manchester United pair Jadon Sancho and Jesse Lingard the boot.

Sterling only netted once in the Premier League so far and has struggled for minutes under Pep Guardiola while Grealish is yet to set the Etihad alight after his £100m switch from Aston Villa.

Meanwhile, Smith Rowe has been the star of Arsenal’s revival by playing more minutes than any other player.

No player has been involved in more goals than the midfielder, scoring four goals and two assists already this season.

So it was no surprise Gunners fans gave him the loudest cheer when the matchday lineup was read out before kick off.

And some even went as far as to mock Southgate’s decision making as he stroked home the winner to pick up a vital three points.

Like Grealish, Smith Rowe with his socks rolled down and his sleeves rolled up ready to serve up some unpredictability.

And Like Mason Mount, he is willing to run himself into the ground on the defensive end for his team.

Southgate said midweek some players are not ready for a senior call up despite their form this season.

But if Mount can get a call up to the while on loan at Derby County in 2018 then Smith Rowe can definitely get one while carrying Arsenal on his back.