The Chicago Bears were embarrassed in primetime Sunday night against the Green Bay Packers.

The Packers defeated the Bears, 41-25. Aaron Rodgers had four touchdown passes but Green Bay had 393 yards on offense while the Bears had 351. Green Bay ran only three more plays (68) than the Bears (65). The key difference was the Bears turning the ball over three times, whereas Green Bay didn’t.

The Packers led by as much as 31 points going into the fourth quarter before taking their foot off the gas pedal.

Bears wide receiver Anthony Miller was among the players who were unhappy with the team’s performance as their playoff hopes begin to dwindle a bit. 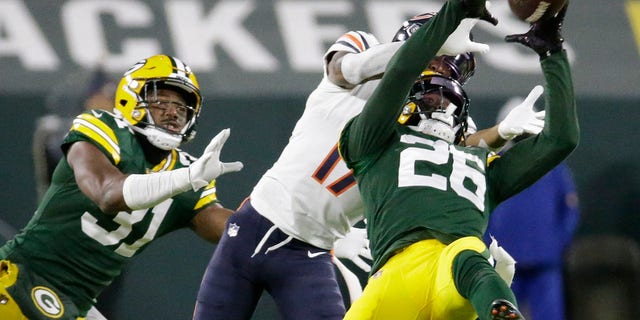 “S—t embarrassing,” Miller, who finished with three catches for 28 yards, tweeted after the game.

Bears running back Tarik Cohen was also disappointed. He has been out for the majority of the season after he tore his ACL in September.

“Thought if i didn’t watch we would play way better. F—k,” he wrote.

“I just felt like they got after us the entire game from the first quarter until the very end,” Nagy said, according to the team’s website. “That's basically where we're at right now. [I] talked to the guys in the locker room afterwards. There's guys that care. I think that's what's important to us. But they care, and they know that we've got to do it on the field; it's not about what we say.”

Chicago dropped to 5-6 on the season with the loss.