Saturday's Belmont Stakes will bring an end to an exciting –  and controversial –  few weeks of horse racing.

The 151st edition of this, the final leg of the sport's Triple Crown,will take place at the one-and-a-half-mile Belmont Park in Elmont, N.Y. There's no Triple Crown contender among the 10 horses competing, but there are several names experts say will be interesting to watch.

"I think this has been a great Triple Crown for racing," said trainer Dale Romans, who is saddling longshot Everfast for the Belmont. "It's not a negative that's on TV. Its controversial issues on TV. If it was a negative issue, it would be different. Controversy is good. People love controversy, and it's got people talking about the game that had no idea about it." 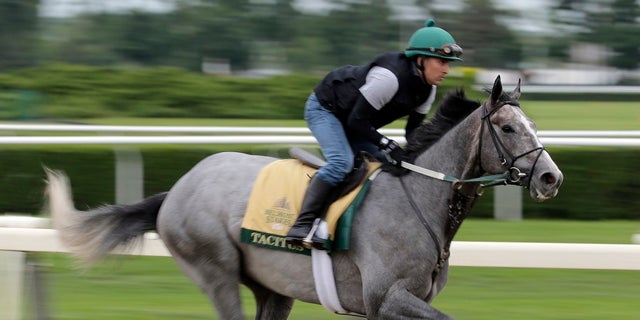 War of Will will be the only horse to run all three Triple Crown races this year– which includes the Kentucky Derby at Churchill Downs and the Preakness Stakes at the Pimlico Race Course in Baltimore. The racehorse Tacitus was a 9-5 betting favorite Saturday morning.

The horse hasn't competed since placing third in the Derby on May 4.

Many questions will be raised after Saturday's race, especially if War of Will is able to pull out another victory after winning the Preakness in May. The horse is racing for the third time in five weeks.

"I have less concern about that now than if you had asked me that question two or three days after the Preakness," War of Will trainer Mark Casse said. "I would have said that is a huge concern. We know that horse pretty well and we think he is ready."

This year's Triple Crown was mired in controversy from the start. The initial winner of the 145th Kentucky Derby –  Maximum Security — was disqualified minutes after crossing the finish line for interfering in the paths of several horses. Country House was declared the winner and War of Will was elevated from eighth to seventh place.

"People who know nothing about horse racing were saying: 'What do you think about this call?' Was it legitimate? Was it a bad call? Was it a good call?" NBC horse racing analyst Randy Moss, who has covered 39 Kentucky Derbies, asked The Associated Press.

Maximum Security owner Gary West filed a lawsuit following the contest and issued a $20 million challenge to the owners of Country House, War of Will, Long Range Toddy and Bodexpress.

Two weeks after the Derby controversy, War of Will was victorious at the Preakness. 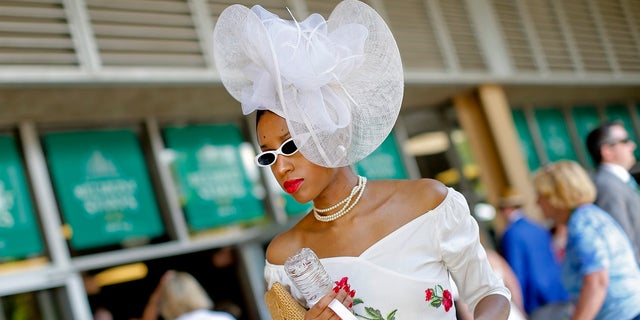 A spectator walks through the grandstand before the 151st running of the Belmont Stakes horse race, Saturday, June 8, 2019, in Elmont, N.Y. (AP Photo/Eduardo Munoz Alvarez)

Also racing Saturday is Master Fencer, a colt who could become the first with Japanese connections to win at Belmont. Everfast finished second at the Preakness and is looking for his second win in 12 starts.