BEN ASKREN has criticised referee Brian Stutts for stopping his fight with Jake Paul in the first round on Saturday night.

The former Bellator and ONE Championship belt holder was clipped behind the ear by an overhand right within the opening stanza. 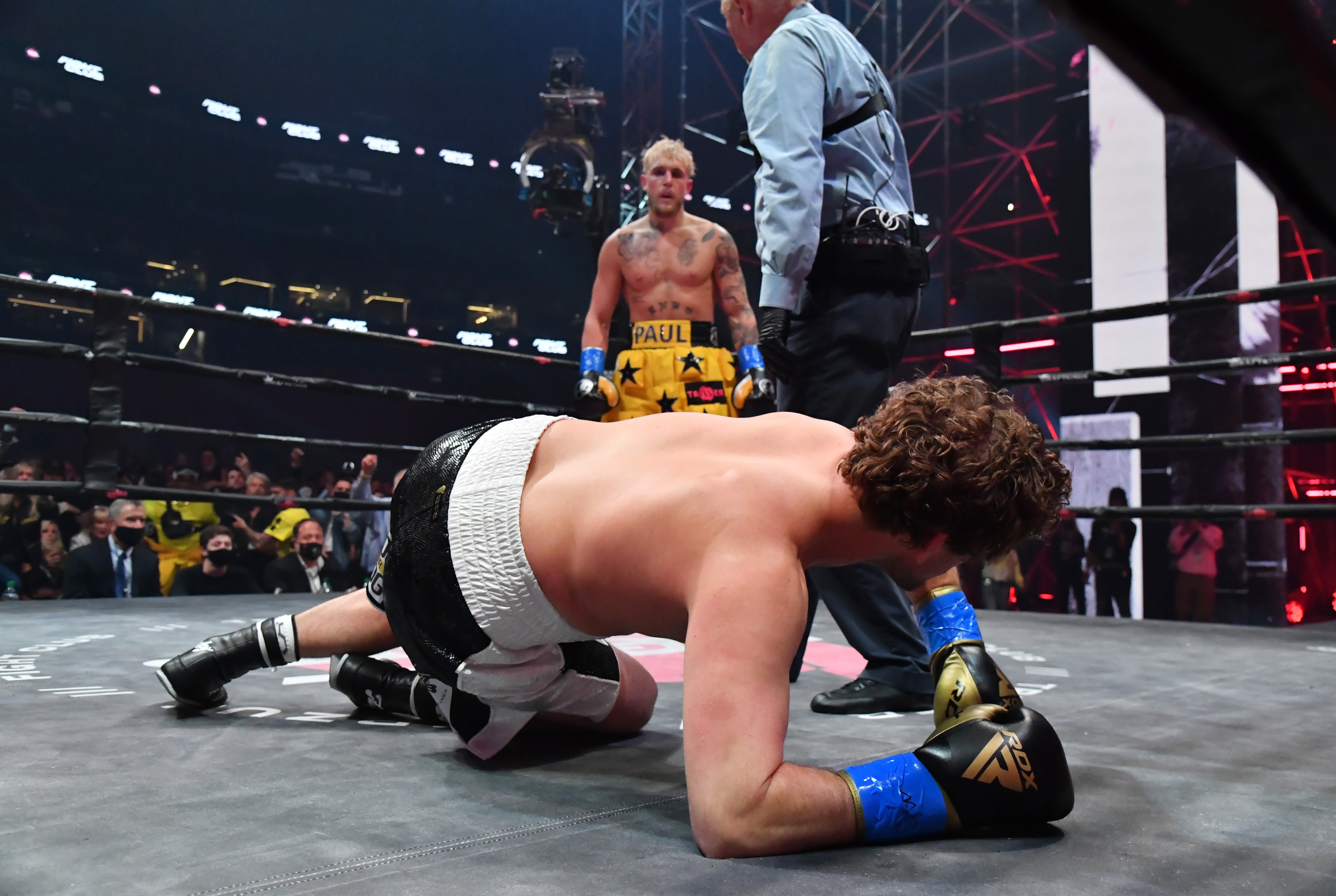 Askren, 36, beat the eight count, but was deemed too wobbly to continue by Stutts.

Speaking to ESPN, 'Funky' felt that he could have carried on.

"It was the spot behind the ear is where he hit me. I didn’t really feel it, and I got up. There wasn’t a lot of pain there.

"He hit me hard enough to knock me down. I got up, and the referee said, ‘You didn’t get up fast enough,’ and I said ‘Okay'."

Askren was also unhappy with how Stutts stopped him from clinching with Paul, after seeing Frank Mir and Steve Cunningham allowed to do so earlier on the card.

He added: "The referee broke us up in the two clinches that we had.

"So I was disappointed that I didn’t get a chance to be in there. That was the goal to get there and have success there [on the inside], and he broke us up literally within a second. 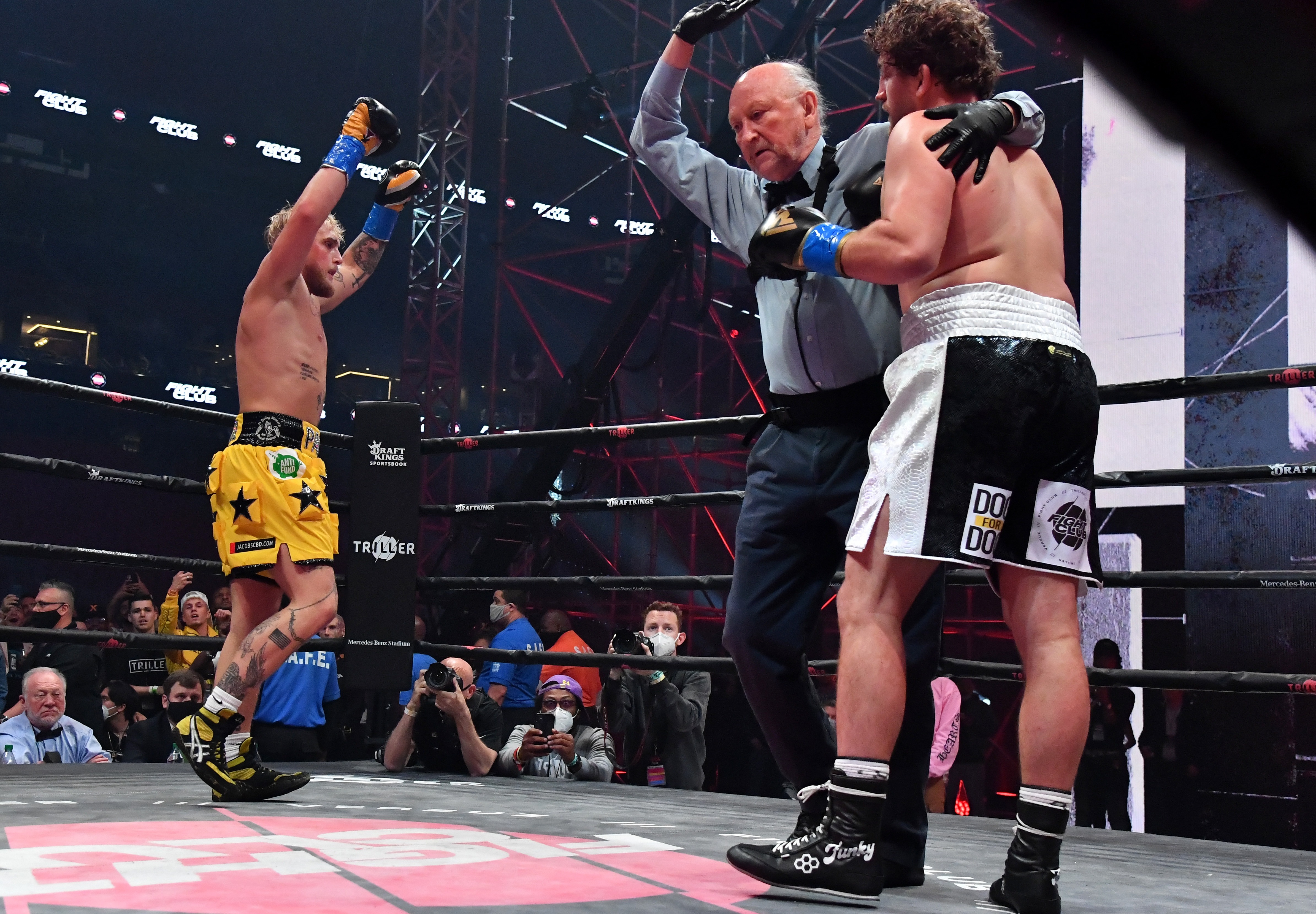 BETTING OFFER – GET £20 IN FREE BETS WITH BOYLESPORTS

"I think all boxers are conspiracy theorists, so I don’t want to make that connection.

"You watch the other fight two fights earlier, and then you watch our fight, and there’s a big contrasting difference."

The former MMA star, best known for his advanced grappling skills, also opened up on the habit that cost him the fight.

He said: "He’s got a good overhand right, and I didn’t defend it well. My guard was too loose, and part of the reason is I fought in MMA for 10 years.

"I wanted them to throw right hands because that’s generally the easiest punch to get a takedown from.

"When they loop the right hand, it’s really easy to get a takedown. So my guard was always significantly open on that side.

"I fought in boxing for 11 weeks, and I fought in Mixed Martial Arts for a decade. So it was kind of a hard habit [loose guard] to break."

They were both embarrassing, but the Jorge Masvidal obviously meant a lot more to me

Askren admitted that being knocked out by Paul was 'embarrassing', like his five-second defeat to Jorge Masvidal at UFC 239.

But the latter was far more 'significant'.

He said: "They were both embarrassing, but the Jorge Masvidal obviously meant a lot more to me. This was a fight that had little significance in my life. The Masvidal fight had giant significance.

"If I had won that fight, I was going to fight for the UFC title, which at that point was the only belt that I hadn’t held. As far as an embarrassing standpoint, I think they’re equally embarrassing." 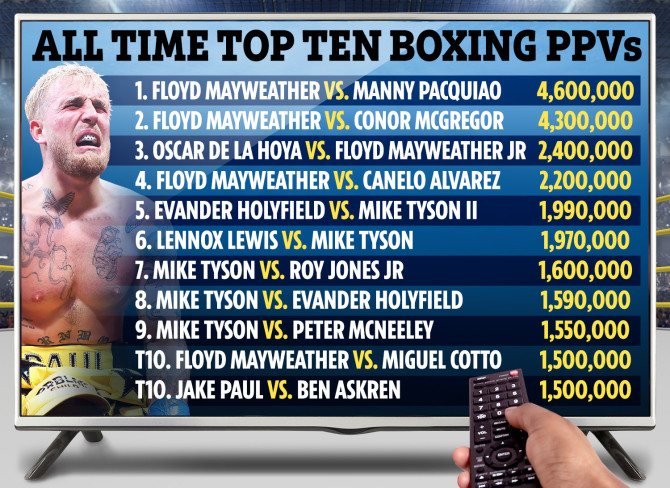