RONALDO has been soaking up the sun with his girlfriend Celina Locks on a stunning yacht in Spain.

The Brazil legend was spotted on the island of Formentera, the smallest of the Balearic islands. 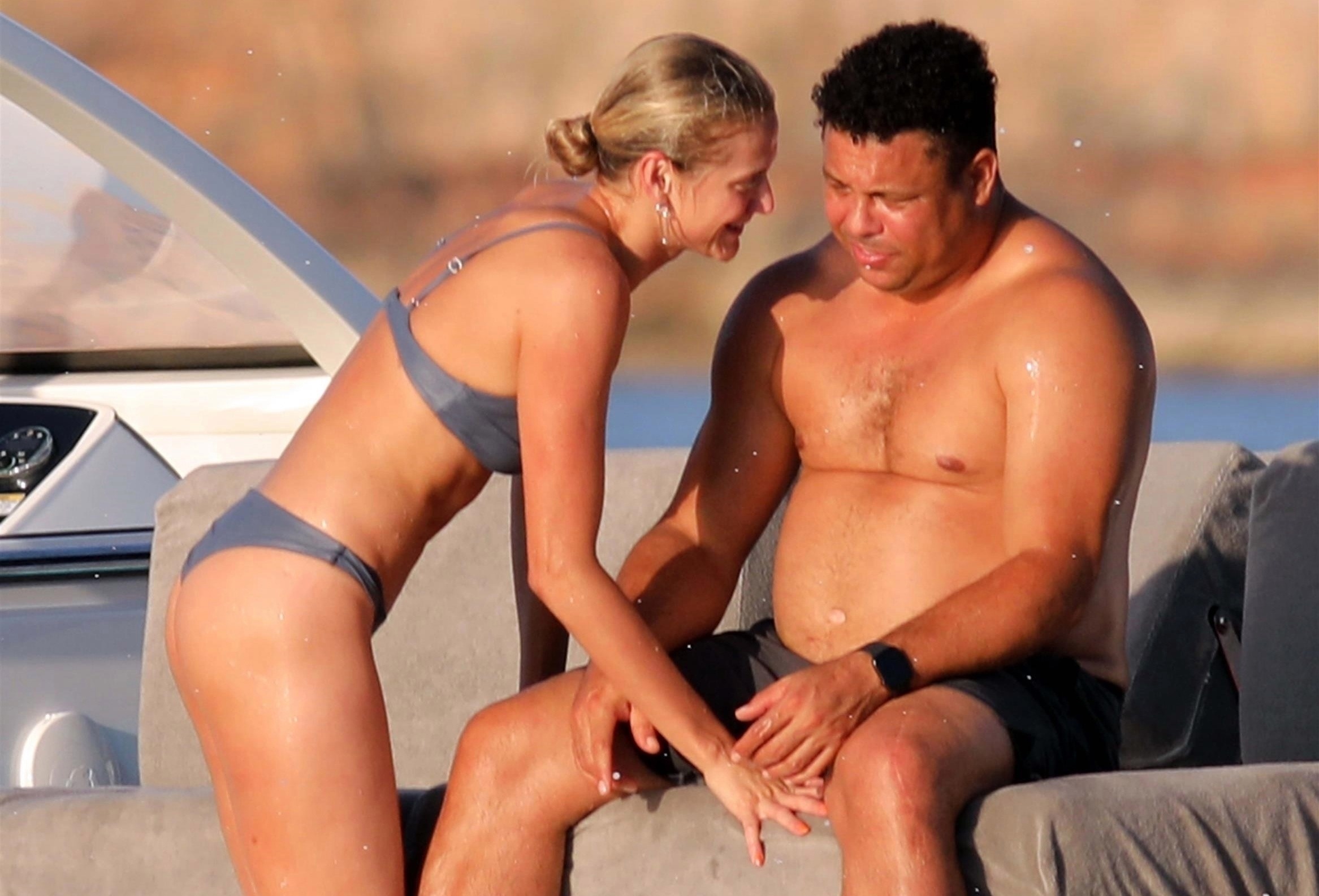 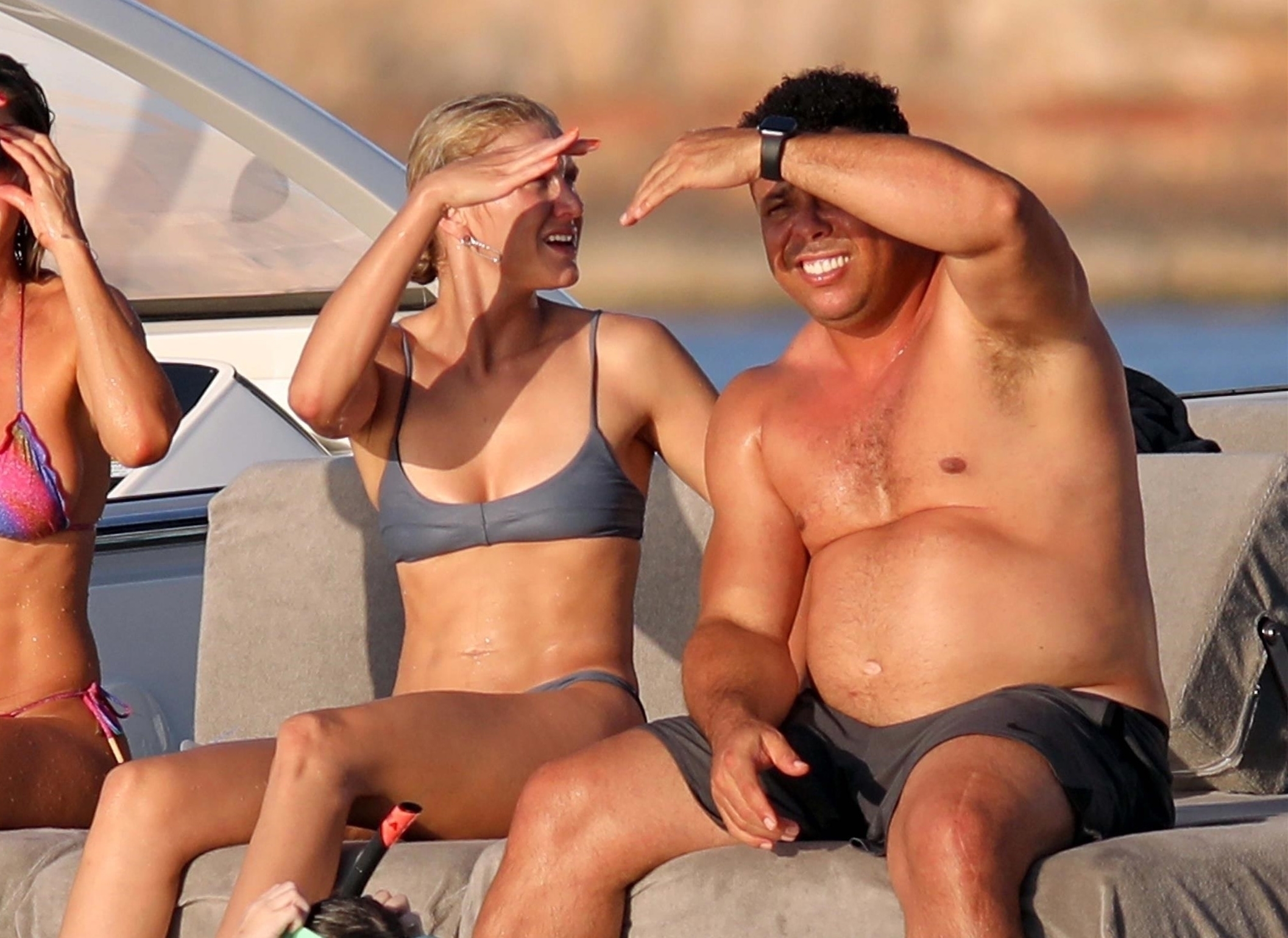 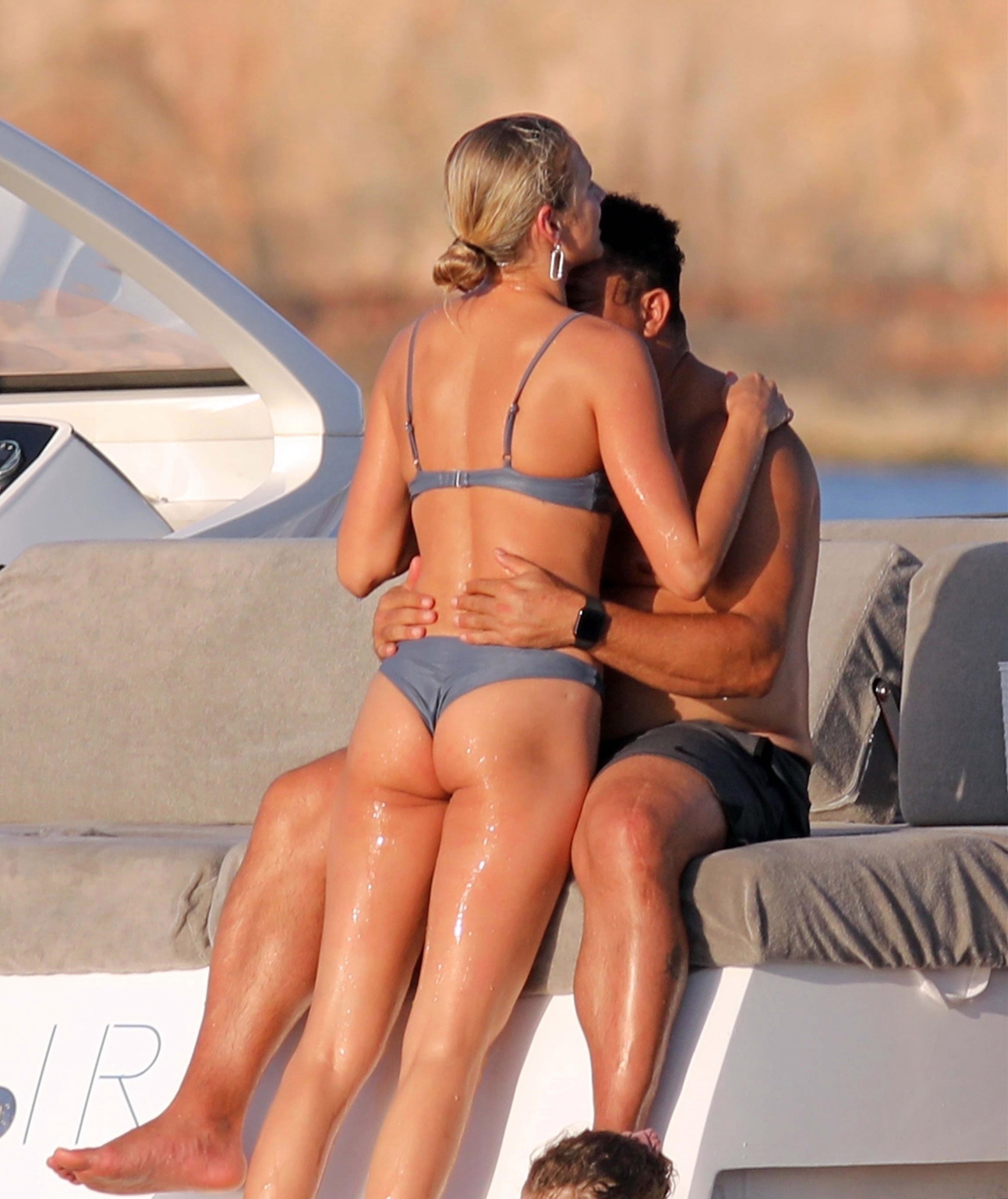 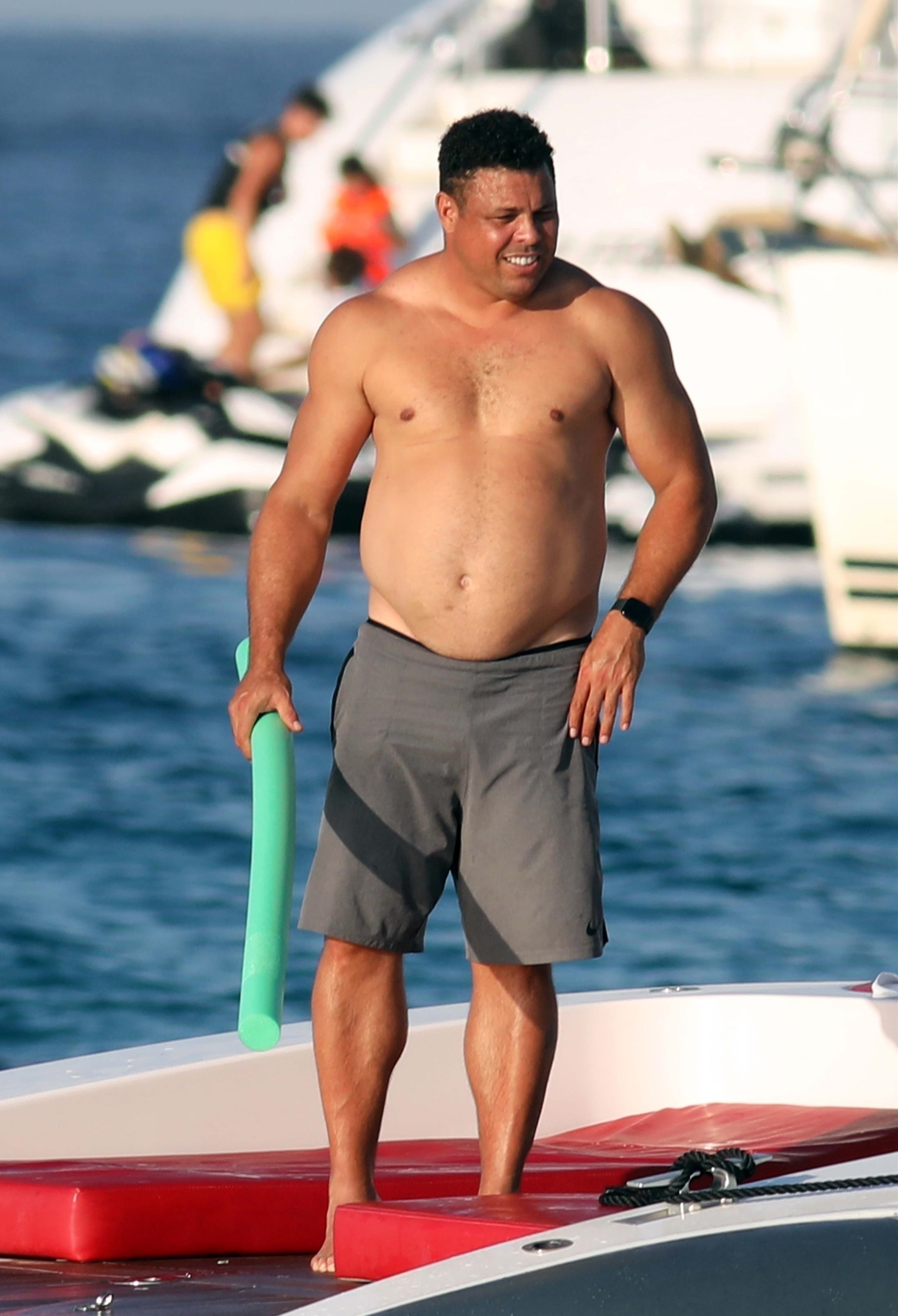 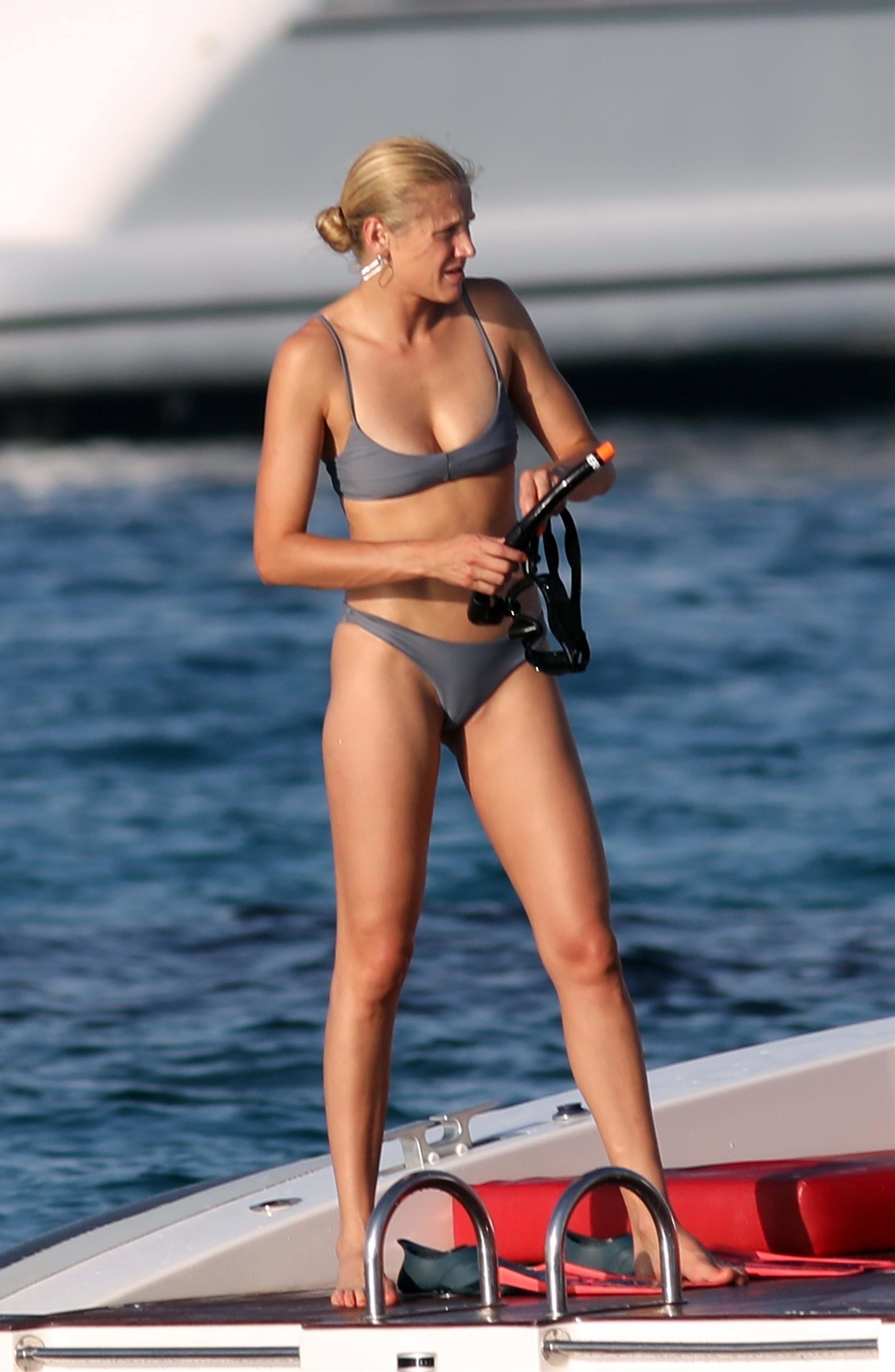 The contrast between the two Brazil superstars – Ronaldo and Ronaldinho – could not be greater.

Ronaldinho has been in lockdown in Paraguay accused of using a fake passport.

But for Ronaldo, it's sun, sea and….sand.

The former Real Madrid star hung up his boots in 2011 after suffering with hypothyroidism.

But his working out is clearly paying dividends.

But his blonde Brazilian girlfriend Celina looked stunning in a grey bikini.

Ronaldo, 43, has been with Celina for five years.

She was at his side throughout when he was struck down with pneumonia in nearby Ibiza in 2018.

But he looks much better now.

The ex-Barcelona star won the World Cup with Brazil in 2002.

Their son Ronald was born in Milan in April 2000.