Combat sport isn’t just about knockouts, it’s also about power — and who wields it.

This isn’t the type of power that sees the UFC fighter Francis Ngannou separate his opponents from their senses, but the power to make big things happen behind the scenes, to strikedeals worth hundreds of millions of dollars, and potentially change the game forever.

Athletes like Ngannou have scary, concussive power,it’s true. But in Hollywood boardrooms there are executives in suits who have been delivering “a one-two punch” in the industry, and they want you to know all about it.

Scott Coker, the president of the cagefighting firm Bellator MMA, has been trying to topple the market-leading mixed martial arts company UFC ever since he joined the Viacom-owned business in 2014. He sharedthe secrets to his success in building Bellator with Business Insider two years ago, explaining how he planned to close the gap between his brand and the UFC.

Business Insider most recently caught up with South Korea-born Coker at the ODEON Luxe cinema in London, ahead of one of the American’s fight events in the capital in June.

One of his newest innovations is the Bellator MMA European Series, which sees six events held every year in the UK, Ireland, and other big European cities like Milan. While Bellator has already held events in England three times in 2019, and will be at 3Arena in Dublin, Ireland again in September, the UFC has held just one show in England this year, and currently has no plans for Ireland. It is a stark contrast.

For Coker, UFC’s apparent neglect of these territories presents a “business opportunity that UFC is not taking advantage of.”

“We want to come into the market, grow the business inside the marketplace, look for local talent, do it in a timezone that works for the local population, and make it a localized event with the opportunity to be part of this global, big infrastructure.”

David Green, Head of Bellator Europe and former CEO of the UK-based MMA firm BAMMA, told Business Insider: “As a territory, Europe is actually underserved by a quality MMA production. But the talent in Europe is fantastic. We’ve got great fighters, great gyms, and fans who are very knowledgable and have a great appetite for the sport.”

Green said the whole point of the European Series is to serve the UK, Ireland, and Europe with big events that finally focuses on homegrown athletes.

Bellator wants to develop the next Conor McGregor 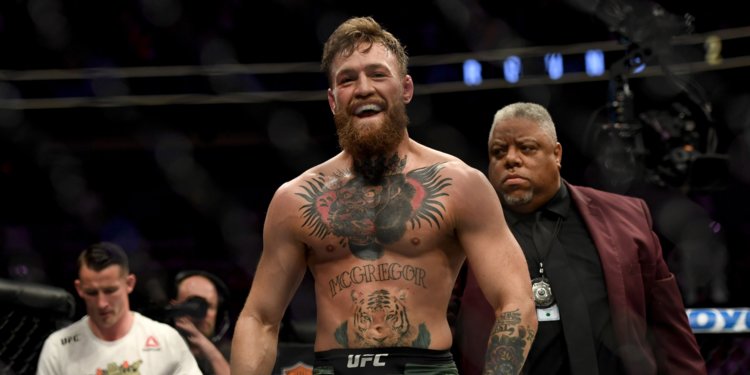 There is no European fighter more famous right now than Conor McGregor, even though he seldom fights and has not won a bout since 2016.

McGregor’s captivating trash-talk, his status as a two-weight champion in Cage Warriors and the UFC, combined with the headlines generated from his unsuccessful professional boxing debut against unbeaten all-time great Floyd Mayweather, created an athlete as famous as Mayweather himself.

For Coker, Bellator wants to develop “the next Conor McGregor.”

He said: “There’s so much talent here in this territory and throughout Europe. We want to grow it, build it, and really nurture the next round of superstars for Bellator.”

To do that, its unique relationship with McGregor’s coach John Kavanagh, who runs the Straight Blast Gym (SBG) fight club in Dublin, Ireland will be key.

Read more:James Gallagher earns decision win at Bellator 223 … just don’t ask him about his Straight Blast Gym teammate Conor McGregor like we did

“He’s a great coach and they’re not easy to find. There’s probably 80% of the MMA talent coming out of four gyms. AKA in San Jose is one. Jackson Wink in Albuquerque, two. American Top Team, in Florida. There’s three. And Kavanagh is one of those guys who is producing, and will continue to produce, world class talent.”

Green added that Kavanagh is “a very big friend of the brand,” and said there’s a “perfect storm” involving Kavanagh and McGregor, who “captured the national imagination in Ireland.” On McGregor specifically, Green said: “He made people realize MMA was a sport you could be successful in and a sport you could earn a living from. You could be a star.

“That, with John, with the SBG in Dublin, creates a lot of young prospects … people keen to get into the sport and maybe decide to get into it rather than get into rugby, boxing, or Gaelic football.

“One of our first moves with Bellator Europe was to use that relationship with John. You see it with the likes of James Gallagher. And the Irish fans are fantastic. Dublin itself has this brilliant arena that’s right on the river, fairly central to town, and it’s just this really loud ampitheater.”

Green told Business Insider he wants Bellator to be in Dublin at least twice a year. The second Irish show of 2019 lands in September and will involve Gallagher as one of the headline attractions, fighting Cal Ellenor in a bantamweight bout.

But Gallagher is just one of many fighters Kavanagh will represent at the show. 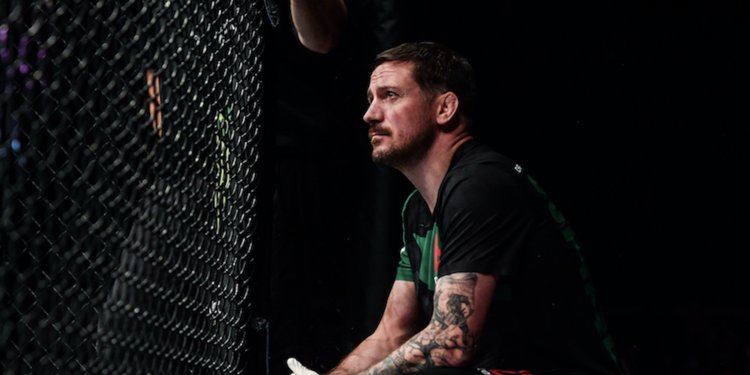 Kavanagh told Business Insider he has “a lot of fighters” involved with Bellator, who he says is “making an impact in Europe” with its European Series.

“Without being overly dramatic, it has been really life-changing for me and the team,” he said. “There’s never before been this number of big shows around Europe. The UFC was great when it came into town but it was fairly irregular whereas now, in Ireland, we have two guaranteed cards a year, then we have a bunch of cards in the UK, and also around the rest of Europe.

“So for Europe-based fighters, the only chance they really had of making a career out of fighting was having to travel to the US all the time. Whereas now they can get enough fights to be kept busy on the European circuit.”

He added: “I’m very grateful [that] I can have a few fights where I’m on the same timezone at home without having to adjust all the time going to the States. It’s been a great relationship so far and I hope it continues.”

Luck is where opportunity meets preparation.

And if a young, gifted fighter walked into SBG tomorrow, would Kavanagh advise him or her to sign with Bellator?

“Now you’re trying to get me in trouble,” he said.

“I have plenty of guys in the UFC roster … yeah, I have to tread this line a little bit carefully about my employer somewhat. I enjoy working with both. I have a helluva lot more fighters with Bellator, more connection with Bellator. But I do have good relationships with the UFC and have some good fighters on their cards.”

When you speak to Kavanagh, 42, it is clear he is one part mixed martial arts and one part philosophy. In the 11 to 12 years after he founded SBG in 2002, he said the team had been “working hard in the background, getting our skill-level up” because “luck is where opportunity meets preparation.”

An opportunity came along in 2013 “so we got lucky,” Kavanagh said. That opportunity was McGregor’s UFC debut.

It was a clear milestone for Kavanagh and his SBG fight club, as McGregor took just 77 seconds to obliterate Marcus Brimage at a UFC on Fuel TV event in Stockholm, Sweden. 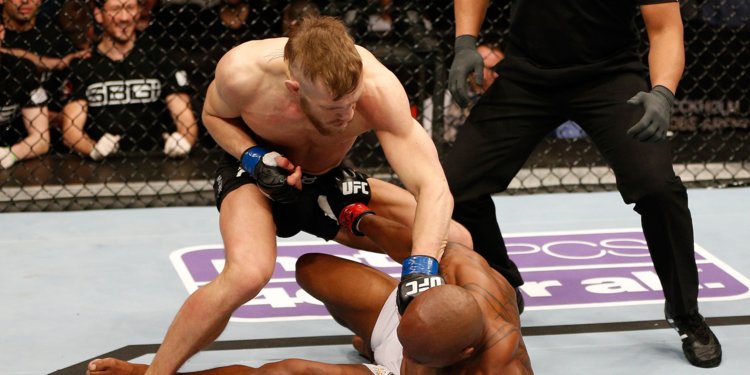 “Conor, as he says himself, kicked the door in and opened up a lot of opportunities for all of the Ireland-based fighters, whether that was on UFC or Bellator, in shows around the world. He was such a big persona, personality, and inspiration for a lot of fighters,” he said.

That win for McGregor, for Kavanagh, and for the SBG team changed Kavanagh’s life and career for the better. “I compare it to the Cambrian evolution explosion,” he said, laughing, referencing an event approximately 541 million years ago when most of the major groups of animals began to appear in the fossil record.

That night in Sweden was the catalyst for a new lease of life in his gym. Suddenly, SBG was brimming with activity. “I went from having a very small number of fighters that were fighting and being paid as professional fighters, to having a fairly large gang of 35-40 fighters between UFC and Bellator,” he said. 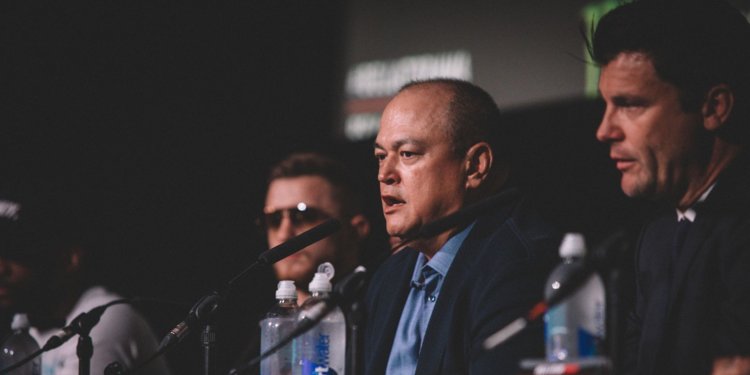 For Green, before Bellator came along with its European Series, there was no “focus on these talent pools in Europe.”

“There’s gyms all over Europe, as well as UK and Ireland, where the talent is exceptional and getting better all the time,” Green said.

“Stockholm has one of the biggest concentrations of MMA gyms in the world. Sweden has huge amateur success and the country excels and punches above its weight. So you’ve got places like that. You’ve obviously got Holland.”

Green also said “there’s some killers” in Russia, too. But while Russia is not in the company’s short-term plan, “our movement into Europe will undoubtedly creep in that direction sooner or later.”

It all creates a “fully rounded MMA scene,” Green said.

It is a scene where the top talents can be provided with a platform that, for Coker, is the best in the entire business.

Bellator has distribution deals with Paramount and DAZN in the US, and Channel 5 and Sky Sports in the UK. The Sky Sports agreement means fighters will not only be showcasing their skills on fight night, but will also be present during segments on the Sky Sports News channel, and be written about on the broadcaster’s website SkySports.com

“The distribution between Sky Sports and Channel 5 in the UK and the Virgin deal in Ireland means we have the best distribution in all MMA of any MMA company in this territory,” Coker told Business Insider. “No one has a better distribution deal, not even the UFC.

“To be on terrestrial television and Sky Sports … we have a one-two punch right now, and it’s a good feeling.”

Green added that Bellator’s presence on Sky Sports brings legitimacy to the brand and to the sport, as they had not previously embraced MMA. “We’re about building the sport as well as building Bellator,” he said.

Bellator’s next event is the Bellator 225 show scheduled for August 24 in Connecticut, but returns to Europe the following month with its Irish extravaganza.

Coker said: “If you look at the commitment to growing the fanbase, we’re here for the long haul. Come watch our shows. It’s a completely different and great fan experience. And if you can’t come in, watch on TV. Bellator is here to stay.”