CANELO ALVAREZ is set to earn a GUARANTEED £30million to fight Caleb Plant – before any pay-per-view bonuses are added on.

And Plant is set to earn at least £7.4m for his part in the first-ever, undisputed super-middleweight undisputed title decider. 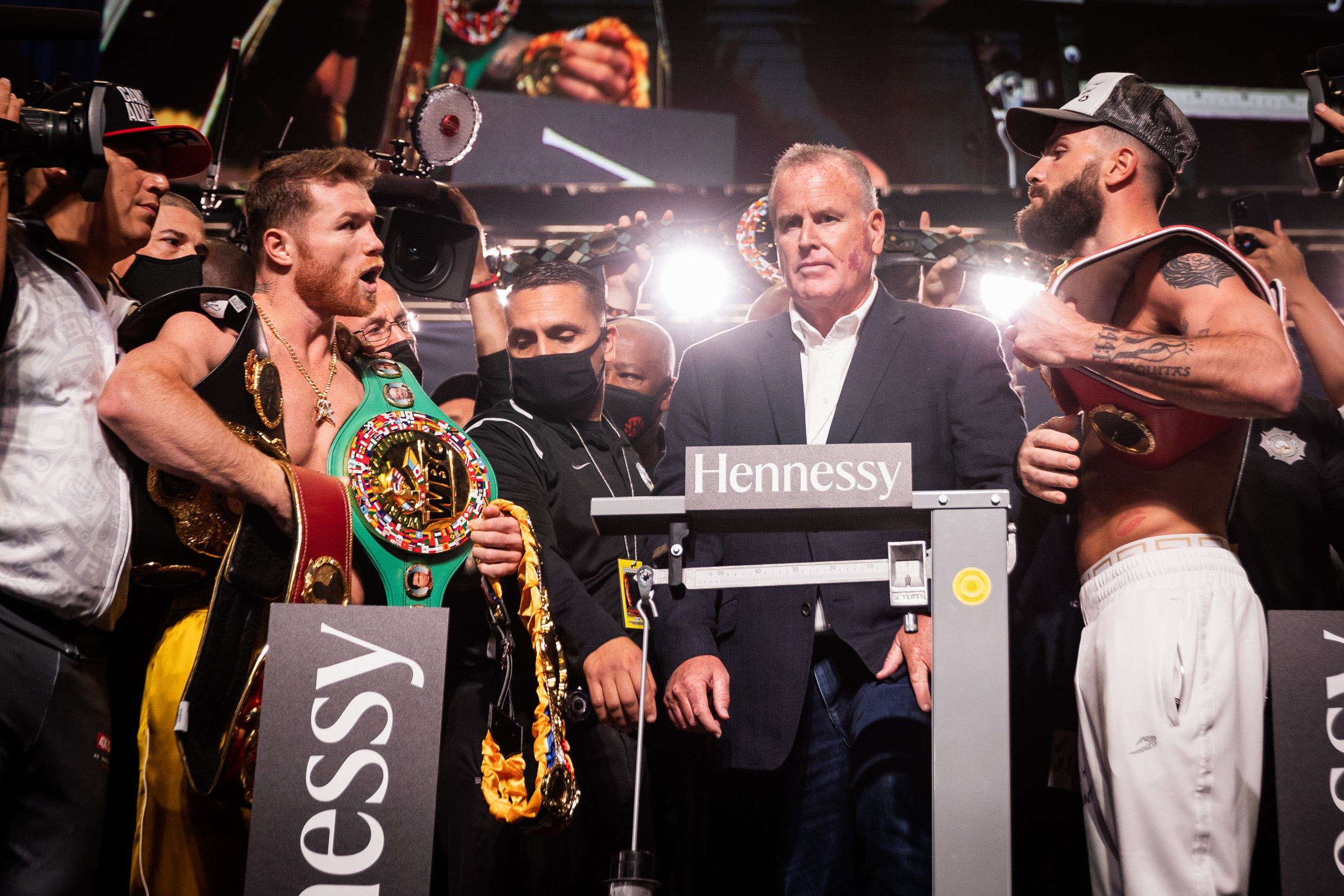 The pre-fight purses were revealed by Dan Rafael, and do not consist of anything earned after the PPV success.

And for his last win, against Billy Joe Saunders, 31, in May, the Mexican was believed to have been paid close to £25m.

That came after some heated trash talking but Alvarez warned Plant, 29, has lit a fire under him like no other.

And he promised to make the undefeated American pay – within the 12 round distance.

Canelo, 31, predicted: “That’s why we are here and Saturday night, we are gonna make history.

“I think in my opinion, it’s going to be seven to nine rounds.”

Canelo's last three fights have all been as a free agent on DAZN promoted by Eddie Hearn.

But Al Haymon's Premier Boxing Champion's – who Plant is signed with – prized the four-division champion over to Showtime PPV for the unification bout.