CHELTENHAM'S game with Sheffield Wednesday in League 1 has been postponed due to a frozen pitch hours before kick off.

The pair were supposed to meet at Whaddon Road tonight but the weather has once again caused an EFL game to be called off. 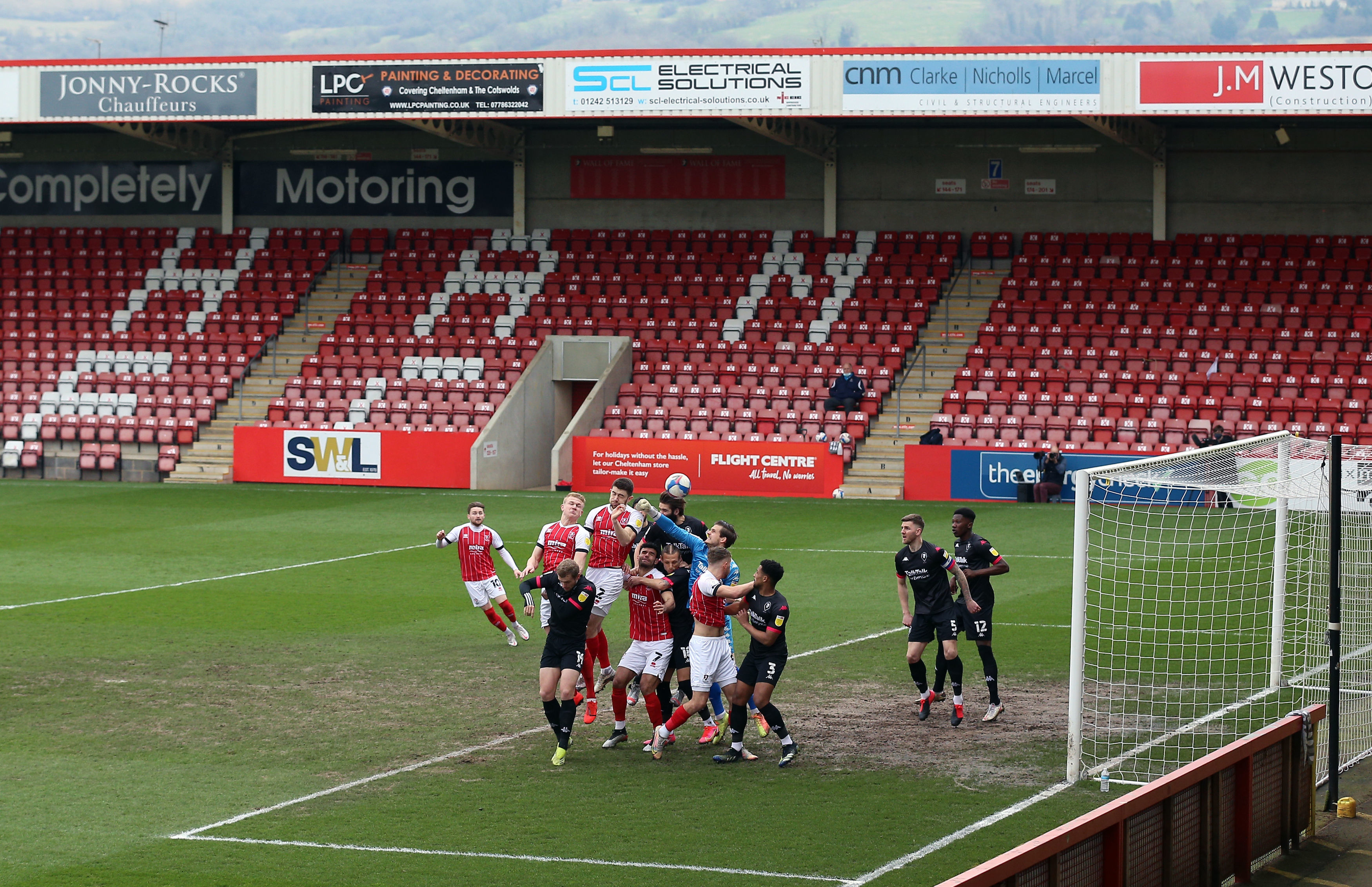 The freezing cold conditions has led to several games across England's football pyramid being postponed.

As things stand, the other eight games in League 1 are still set to go ahead this evening.

They said: "This evening's Sky Bet League One match v Sheffield Wednesday has been postponed due to a frozen pitch."

While no other League 1 games have yet to be affected, three games in League 2 have also gone.

AFC Wimbledon v Walsall, Crawley v Hartlepool and Swindon v Stevenage will all have to be rescheduled.

Three games have also been postponed in the National League tonight.

The weather has been wrecking England's football fixtures with cold snaps this month and in December causing several games to be rescheduled.

As many as 10 games were called off in the EFL over the weekend.

And a match between Chelsea and Liverpool in the WSL on Sunday also had to be abandoned after just six minutes due to the frosty and slippery turf.

Blues boss Emma Hayes and Reds manager Matt Beard were left fuming by the way it played out.

Cheltenham and Sheffield Wednesday found themselves at different ends of the table and in contrasting form ahead of this evening's now postponed game.

Wade Elliott's men have lost their last four games in a row and now find themselves only four points away from the drop zone.

Meanwhile Darren Moore has overseen six wins in a row for Wednesday, including their sensational victory over Newcastle in the FA Cup.

They are three points behind league leaders Plymouth with a game in hand.