THE lesser-spotted Chris Woakes emerged from hibernation and showed England what they have been missing.

Woakes, playing his first Test match for more than a year, captured four wickets as England rolled out India for just 191. 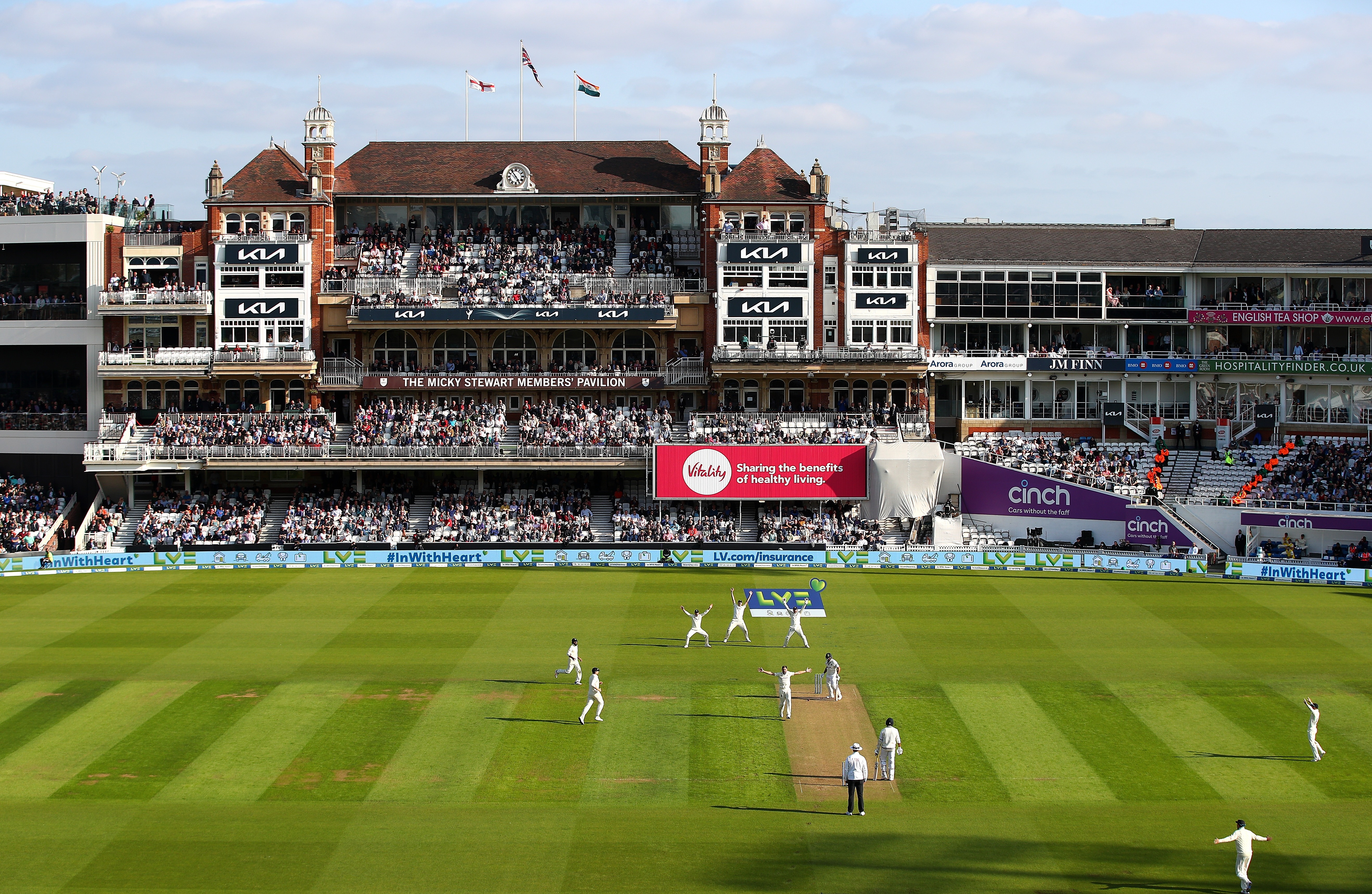 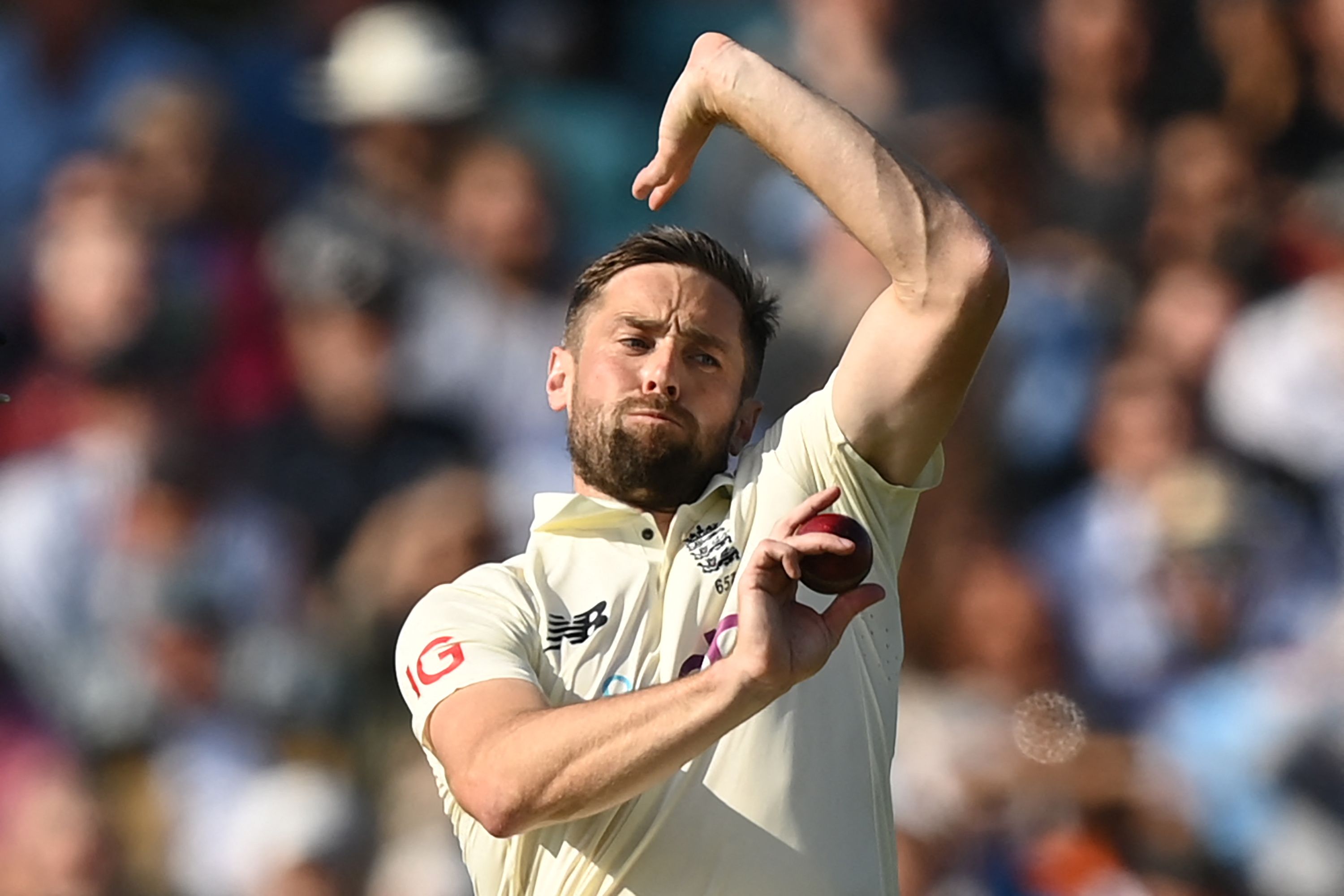 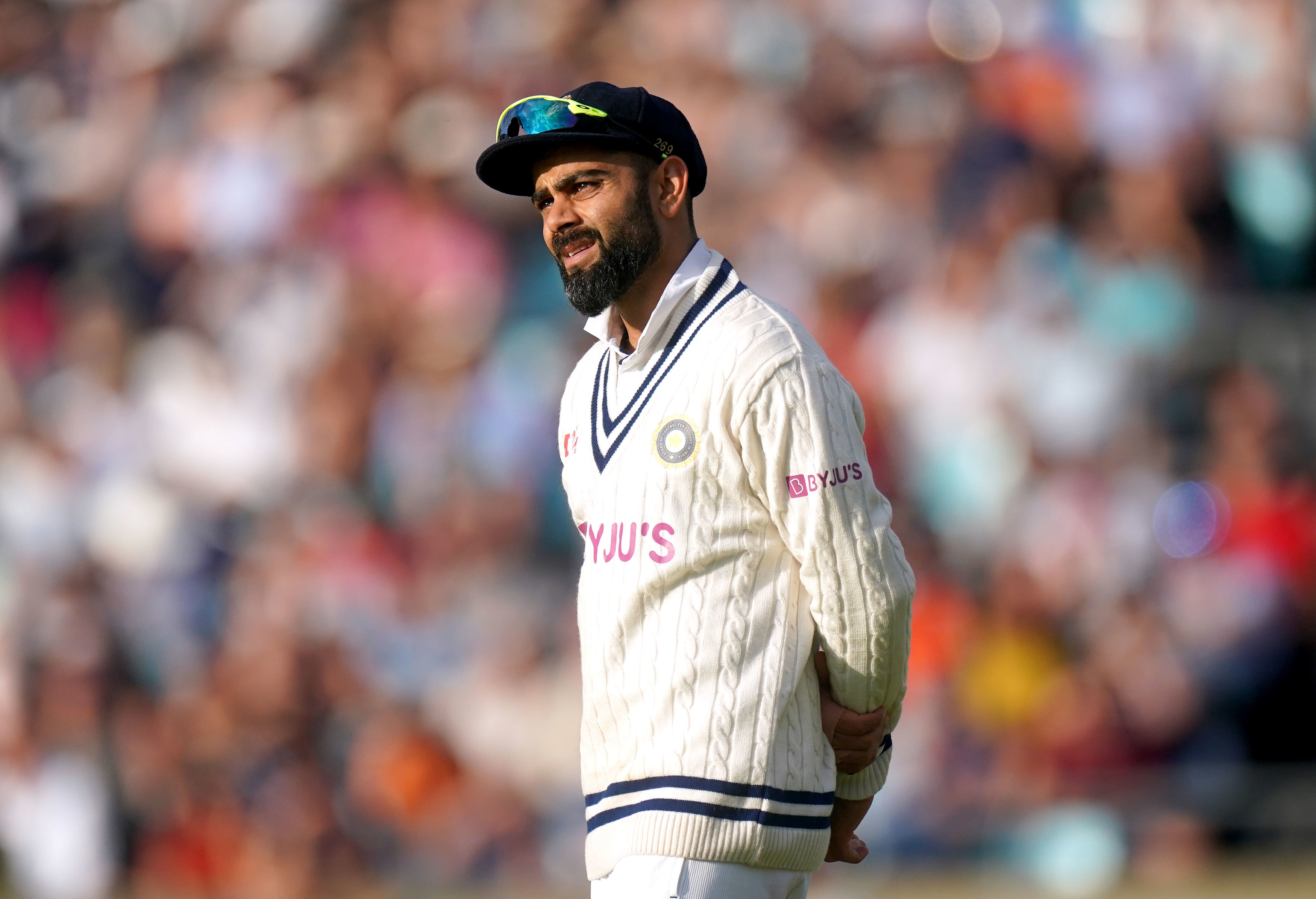 It was a joyous return for Woakes after a year of frustration, misery and freakish disappointment.

He struck instantly – with a wicket in his opening over – and bowled with control, skill and plenty of movement.

England’s position would be even stronger if India’s No.8, Shardul Thakur, had not ransacked the fastest half-century ever scored in a Test in England.

Then England lost three wickets – openers Rory Burns and Haseeb Hameed and, remarkably, Joe Root for just 21 – and were 53-3 by the close of day one of the Fourth Test.

Woakes might not have had to introduce himself to his team-mates but, considering he was England’s Player of the Year in 2020, it is remarkable this is the first time he has pulled on a white shirt since last August.

Since then, Woakes has been quarantined as a close contact of Covid victim Moeen Ali, rested, rotated, omitted, missed matches following his stint in the IPL and, most recently, suffered a one-in-a-thousand heel injury when he fell down the stairs at home.

His preparation for this Test has been a second XI game for Warwickshire and a T20 Blast match. But he displayed no sign of rustiness.

And England’s attack certainly possessed more penetration with Woakes instead of Sam Curran.

Root chose to bowl again in overcast conditions. England routed India for just 78 in the previous Test and, when they slumped to 127-7, the script was following a similar path.

Woakes’s first wicket came when Rohit Sharma edged a ball that bounced and then KL Rahul was lbw to Ollie Robinson.

England bowled seven maidens on the trot at one stage and, before lunch, Jimmy Anderson had also produced a cracker that swerved in, seamed away and induced an edge from Cheteshwar Pujara.

I loved it, great to be back in the whites. It feels like it’s been a long time coming but it was well worth the wait. 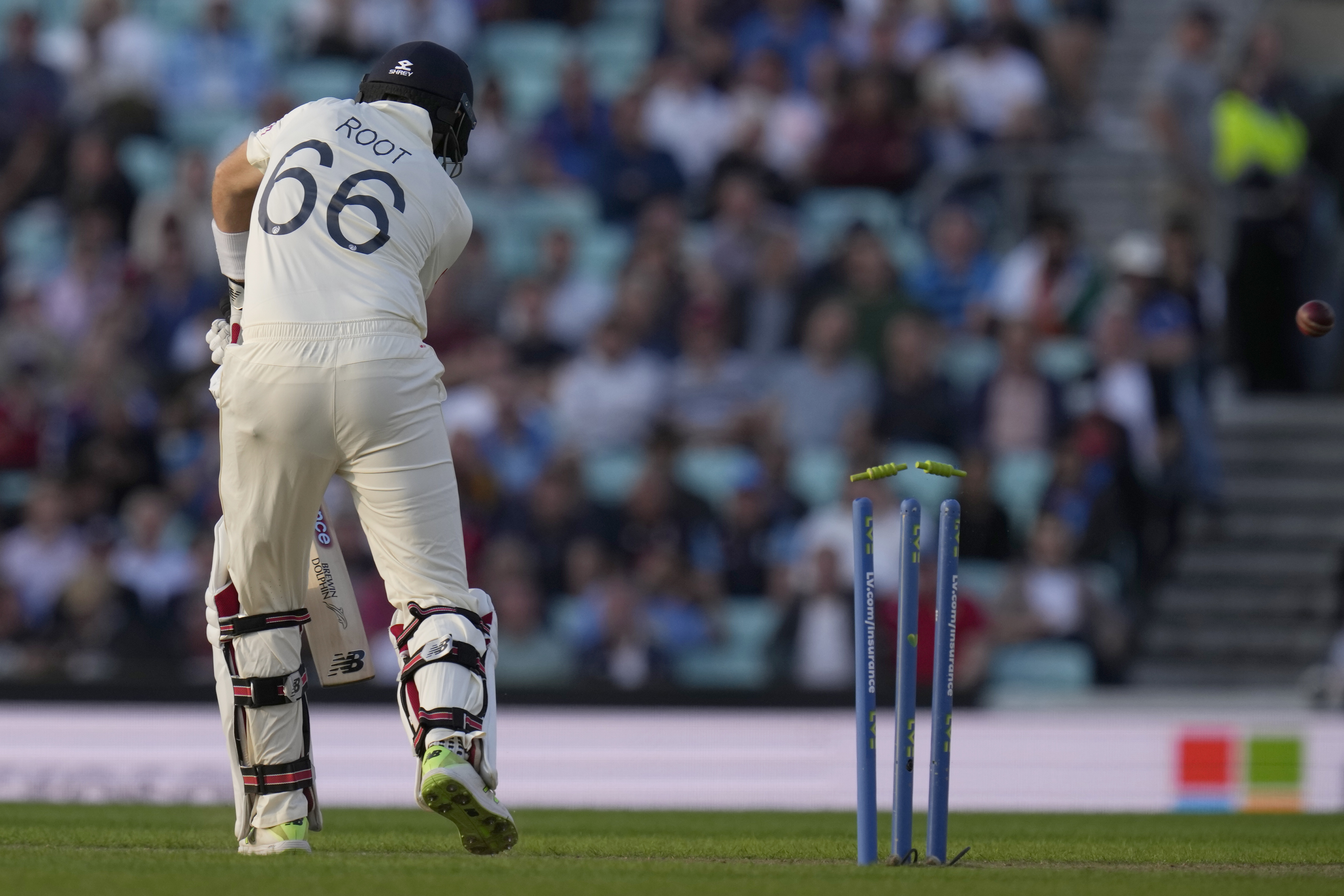 India shuffled their batting order in an attempt to halt England’s seam bowling juggernaut. That meant Ravi Jadeja coming in at No.5 – two places higher than usual – but the move did not work and Jadeja was well-held by Root low down at first slip.

Virat Kohli had earlier survived a chance on 22 when an edge flew between Root and Burns but, considering the extravagant movement from England’s bowlers, he coped well, reaching a half-century from 85 balls.

But then he aimed towards the legside and nicked an edge to Jonny Bairstow off Robinson, who was again impressive.

Ajinkya Rahane was given out lbw to Woakes for one but a review showed the ball going over the stumps. Rahane perished soon afterwards, however, when Moeen Ali held a fine diving catch at third slip off Craig Overton.

Rishabh Pant was spilled on nine by Overton at third slip, diving in front of Burns at second. But, in the same over, India’s idiosyncratic – some might say idiotic – wicketkeeper gave Woakes the charge and toe-ended a catch to Moeen at mid-off.

England might have thought Pant’s departure signalled the last of India’s big hitters. But they were in for a shock as Thakur started pummelling the bowling.

I’ve been desperate to play cricket again. I’ve been watching from home while I was injured and I always thought I’d play a part at some stage. 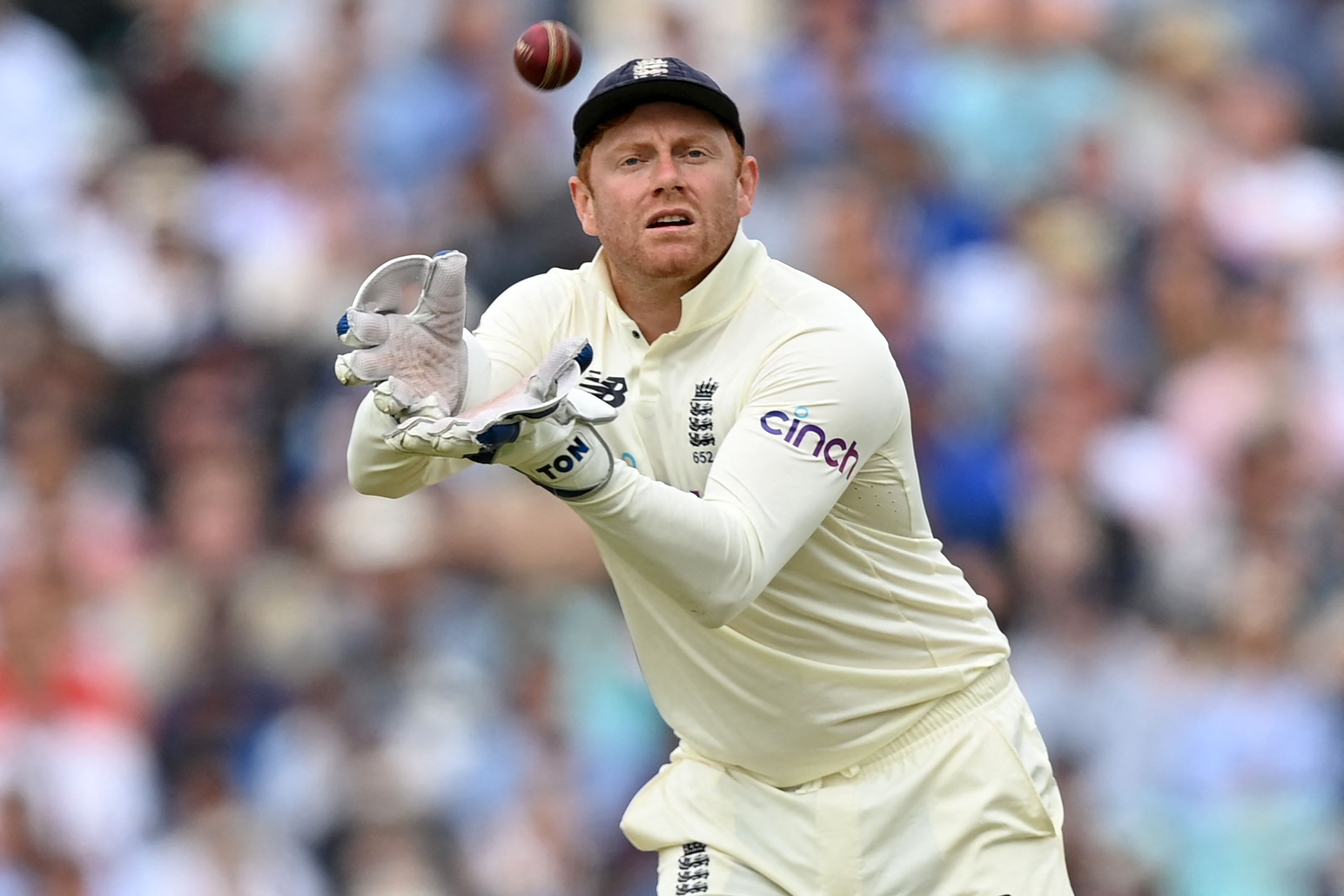 He mixed the orthodox with the agricultural and peppered the boundary. His half-century from just 31 balls contained three sixes and six fours and he and Umesh Yadav put on 63 for the eighth wicket in just eight overs.

He was leg before to Woakes on review and then Bumrah was dropped by Overton at first slip. Burns picked up the loose ball, hurled towards the stumps and, amid the confusion, Bumrah was out of his ground.

Umesh was last man out, caught by Bairstow.

England’s reply began disastrously when Burns deflected a defensive shot onto his stumps and Hameed edged an ambitious cut shot.

Root and Dawid Malan looked in control but then, to everyone’s surprise, Root was bowled by a nip-backer from Umesh Yadav ten minutes before stumps.