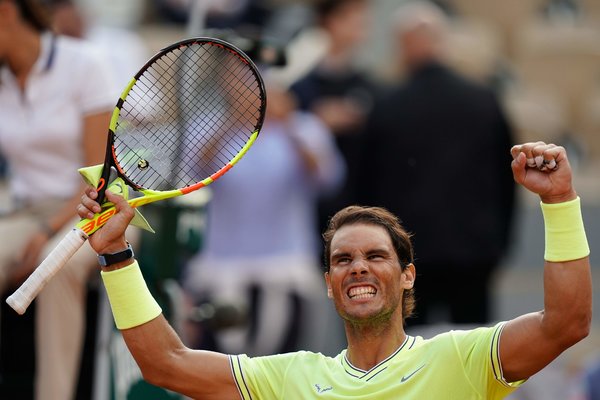 PARIS — You might think that playing 38 tennis matches against someone would mean there is very little left to learn before the 39th.

But that is not the way Rafael Nadal, Roger Federer and their teams have approached their French Open semifinal on Friday.

Both men and their coaches have been scrutinizing data and examining video clips in an attempt to find an edge, looking for a new pattern, a new weakness, a new reason to believe.

“Look, I’m not going to watch every match Rafa and Roger have played from beginning to the end, because I would not be done before this match starts,” he said. “But for sure I’m going to watch some, and it’s always a combination. You want to see how Rafa has played here this year, and Roger’s also always curious about how it was when he played him back in the day.”

It has been 20 months since the last time Federer and Nadal met, in the Shanghai Open final, which Federer won to bring their record against each other to 23-15, advantage Nadal. And more than two years have passed since one of their most memorable duels: the 2017 Australian Open final.

Federer won that in five sets to begin a surprising late-career renaissance. It has been a transfixing run, at times overshadowing Nadal’s own inspiring resurgence.

Watch him train here, watch him play here, and it is clear he still wants, maybe even needs, more. But that has not been the case all season, especially after a return of knee tendinitis forced Nadal to withdraw from the BNP Paribas Open in March and brought on lingering pessimism.

“It’s been the hardest time since I’ve been working with him,” Moyá said.

Moyá, Nadal’s friend and fellow Spaniard, has played a significant role in Nadal’s revival in recent seasons, taking over coaching duties last year from Nadal’s uncle, Toni Nadal, and bringing fresh ideas and energy while still being a familiar face. That has reassured Nadal, a loyal person and a creature of habit.

“Rafa doesn’t like to change things, so that can make it hard for me to change things as well,” Moyá said with a chuckle as we sat in a tent next to the Roland Garros practice courts. “Sometimes we fight about that with Rafa, and then he gives me something and I give him a little bit. It’s about finding the space between.”

Moyá wants to continue lightening the load on Nadal’s body and soul by keeping him lean and by shortening points. Moyá flashed his biggest smile during our interview when he pointed out that 70 percent of the points Nadal had played at Roland Garros this year had been exchanges with five shots or fewer.

“Sometimes he feels like he’s still 20, and that’s not the case, so I’m there to remind him,” Moyá said.

It is a challenge to relate to some of Nadal’s achievements: Winning a record 11 French Open singles titles puts a man in a category apart. But Moyá can relate more than most.

Like Nadal, he grew up on the Spanish island of Majorca. He won the French Open once, in 1998, and became Spain’s first No. 1, setting the bar very high, only to see Nadal jump higher … and higher.

Moyá, 42, got to know Nadal when he was a fired-up preteen with unmistakable potential. They later won the Davis Cup together, combining forces on clay in 2004 in Seville, Spain, to defeat Andy Roddick and the United States. Nadal was just 18 and had yet to play the French Open.

Could Moyá ever have imagined the dominance that would come?

“I could imagine he would be great on clay, but what did it mean to be great on clay then?” Moyá said. “When I was playing, we had Guga Kuerten, who was a genius, and he won three times here at Roland Garros. Go back to Bjorn Borg. He won six times, and he was from another planet. Rafa has won 11, and being so good on clay has probably overshadowed how good he is on other surfaces.”

It is easy to wonder what difference winning (or not winning) a 12th French Open would make to Nadal in the grand scheme. He is an in-the-moment competitor, by mentality and metabolism.

Nadal, 33, has spent most of his career fighting back from injuries, but the challenges have been accelerating — he played just nine tournaments in 2018 — and the cumulative effect hit him hard after the Indian Wells withdrawal.

“After other pullouts in the past, he was going home and he was really bad for one, two, three days, but then he started again,” Moyá said. “This time was different.”

It took several weeks for Nadal to begin recovering his optimism and appetite for the fight. He lost in the semifinals at two tournaments he has dominated, Monte Carlo and Barcelona. For Moyá, the nadir was actually a victory: a three-set win over Leonardo Mayer in the second round in Barcelona in April.

“It wasn’t about the errors; it was the attitude,” Moyá said. “It’s something you do not often see in him: negativity.”

Moyá said that there had been lots of team discussions and a few heart-to-hearts, but that he could see the fire burning again. After losing to Stefanos Tsitsipas in the semifinals of the Madrid Open, Nadal has reeled off 10 straight victories.

The short-term challenge is clear: beating Federer for the sixth time in their six French Open matches after losing to him in their last five matches elsewhere.

But the longer-term challenge is to reduce the chances that injuries and world weariness continue to flare up.

For Moyá, it is not about swinging harder but about more advanced court positioning and calculated risk taking; about winning more free points with an improved serve. It is also about keeping practice sessions intense but brief.

“Two hours a day max and during tournaments, 45 minutes to one hour on his day off,” Moyá said. “In the end, it’s about trying to be more efficient, and it’s also about being motivated. What happened a month ago is the biggest proof that the most important thing is to be fresh mentally.”

Federer would agree wholeheartedly with that theory. Less can be — and needs to be — more at this advanced stage. Compete only when you are truly eager to compete.

The exciting thing, for the fans and for tennis’s most celebrated rivals, is that both Federer and Nadal seem to be in the same place, the right place, as they get set for No. 39. 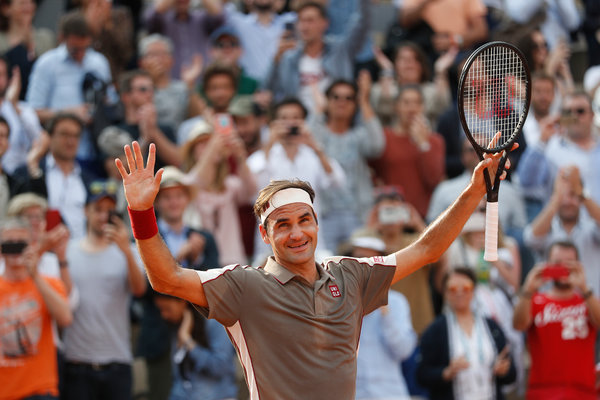 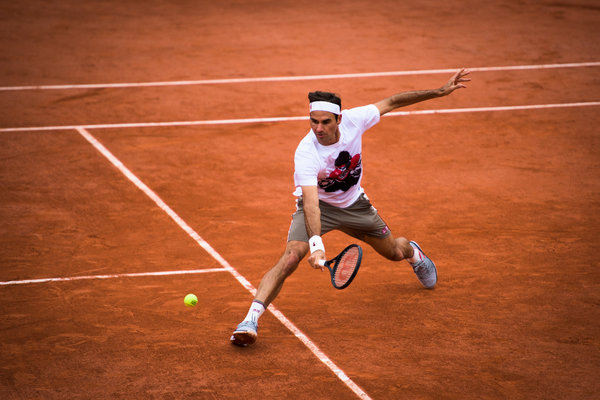 Christopher Clarey has covered global sports for The Times and the International Herald Tribune for more than 25 years from bases in France, Spain and the United States. His specialties are tennis, soccer, the Olympic Games and sailing. @christophclarey