CONOR MCGREGOR has launched his own line of clothing with renowned combat sports brand Roots of Fight.

The UFC's first simultaneous two-weight world champion announced his latest partnership on Instagram, revealing all the profits will go to the Children's Health Foundation in Crumlin, Ireland. 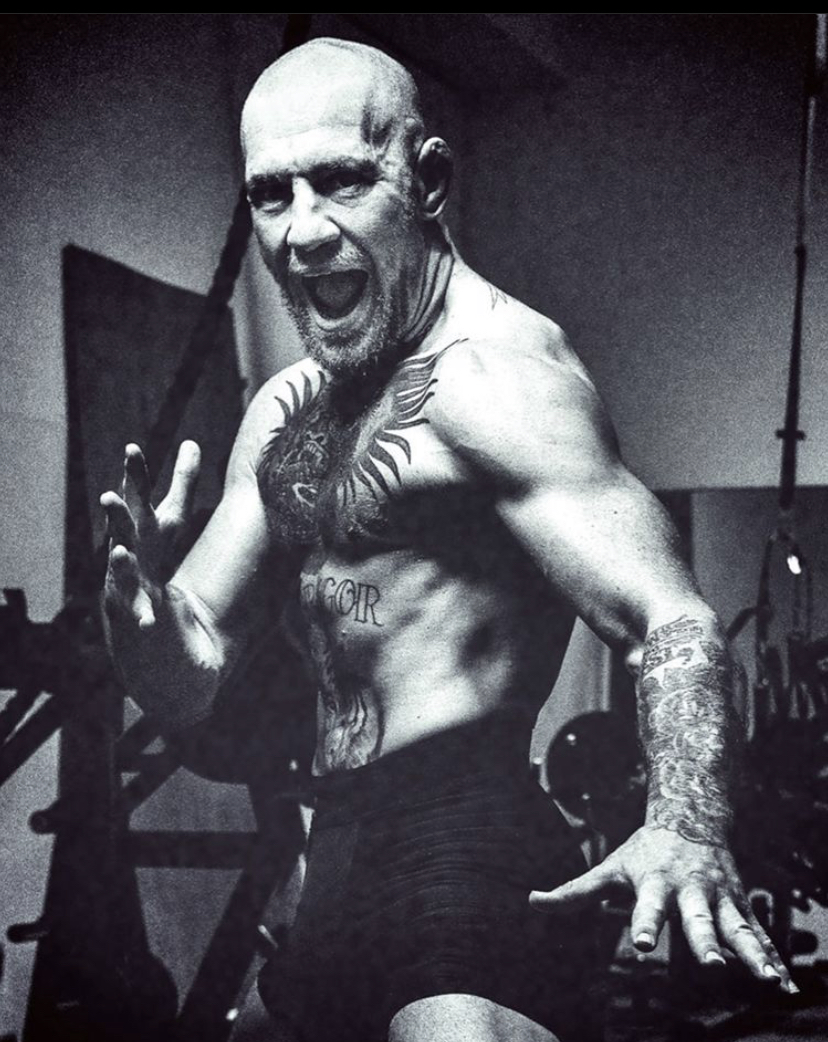 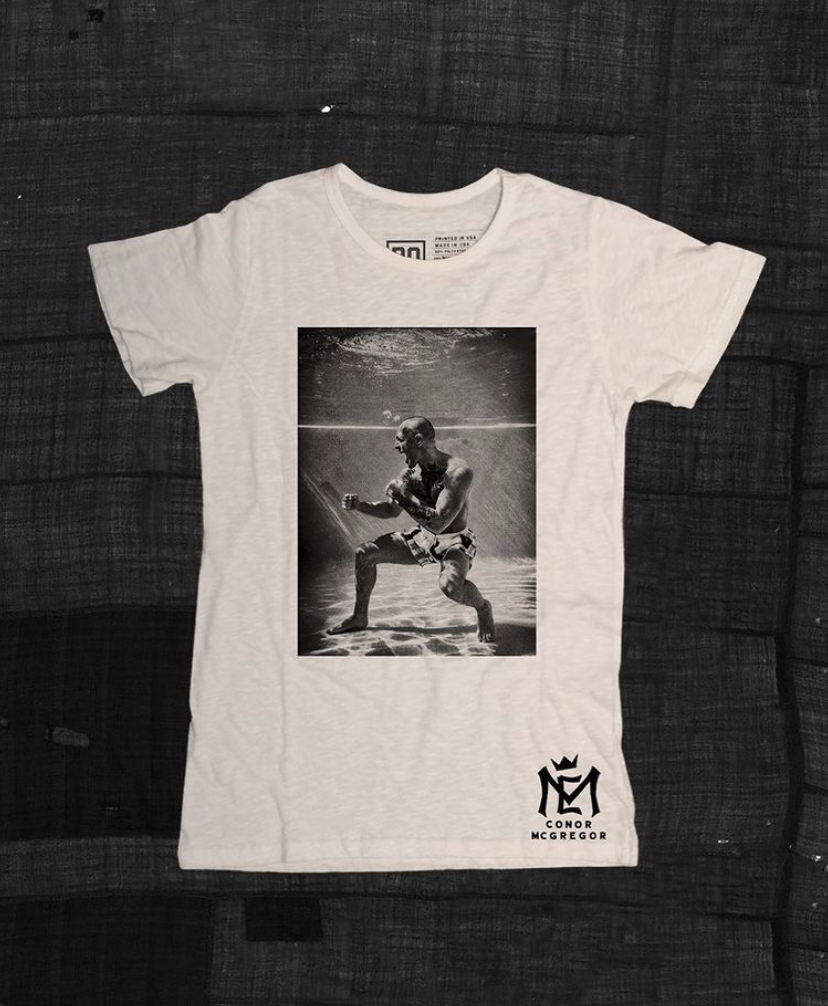 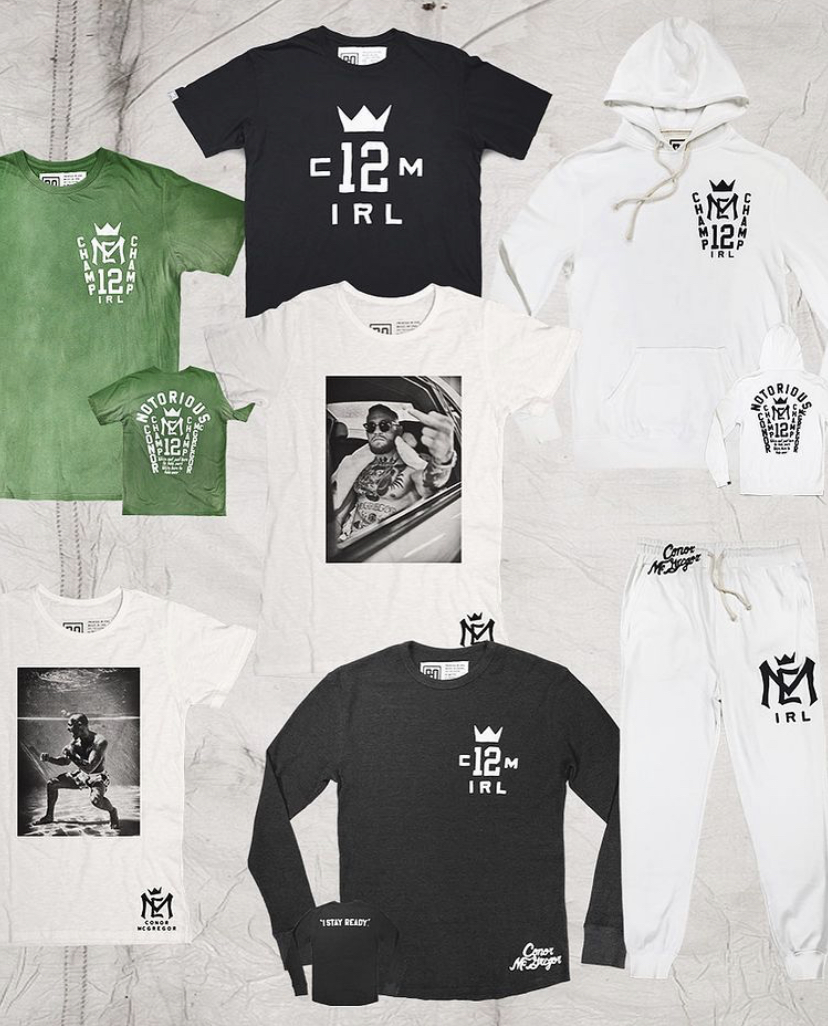 He wrote: "I've been inspired by legends like Bruce Lee and Muhammad Ali my entire life, so it's truly an honour to align with Roots of Fight who have respectfully paid tribute to these icons.

"The Roots of Fight x Conor McGregor collection speaks to the greatness I constantly strive for while never forgetting where I came from.

"All profits from the collection will go to the Children's Health Foundation Crumlin in Ireland."

McGregor's teaming up with Roots of Fight, who also have dedicated lines featuring the likes of Mike Tyson and Georges St-Pierre, comes less than three months after he launched the latest range of denim wear for his own clothing brand, August McGregor.

The latest August McGregor collection was meant to be released in 2018 but ended up being delayed.

McGregor's latest charitable endeavour also comes after he donated £4,500 to the family of a woman with locked-in syndrome.

The UFC's poster boy also recently sent a heartwarming message to Kash Zolciak-Biermann, an eight-year-old boy who was bitten by a dog three years ago an underwent facial reconstruction surgery last month.

McGregor, 32, is currently gearing up for his UFC 257 showdown with Dustin Poirier, which will take place a fortnight on Saturday on Fight Island in Abu Dhabi.

The contest will be a rematch of the Dubliner's UFC 178 clash with the former interim lightweight champion, whom he knocked out in just under two minutes.

McGregor has been hard at work in the gym ever since his 40-second demolition of future Hall-of-Famer Donald Cerrone last January.

The Notorious is brimming with confidence ahead of his long-awaited return to the octagon, so much so he reckons he'd wipe the floor with the versions of himself that fought Cerrone and Eddie Alvarez.

He wrote on Instagram: "Cerrone McGregor vs Alvarez McGregor. I'd destroy both these versions of myself. And Together.

"And I'm absolutely not messing. Absolutely demolish the, both. 16 days!"

Celebrities
It’s always been the case that Donald Trump only has the power we give to him. Once we all collectively...
Lifestyle
Virtually chic! Designers including Christian Dior, Ziad Nakad and Farhad Re showcase their one-of-a-kind SS21 collections at online Paris Haute...
TV & Movies
Ceremony happens Feb. 28 Photo by John Russo Seven-time Golden Globe winner and 15-time nominee Jane Fonda, 83, will receive...
World News
The Daily Star's FREE newsletter is spectacular! Sign up today for the best stories straight to your inboxPrime Minister Boris...
Beauty
When you want to get a workout in but you don't have much gear or time at hand, it helps...
Fashion
CLEANING fans are going wild for Mrs Hinch’s new homeware range in her signature style, and you guessed it -...
Recent Posts
We and our partners use cookies on this site to improve our service, perform analytics, personalize advertising, measure advertising performance, and remember website preferences.Ok