FRASER FORSTER was the hero as Celtic secured a vital draw and an away goal in Copenhagen.

The goalkeeper brilliantly tipped Jens Stage’s late penalty onto the post to seal a vital 1-1 draw in a contest best described as a game of two halves. 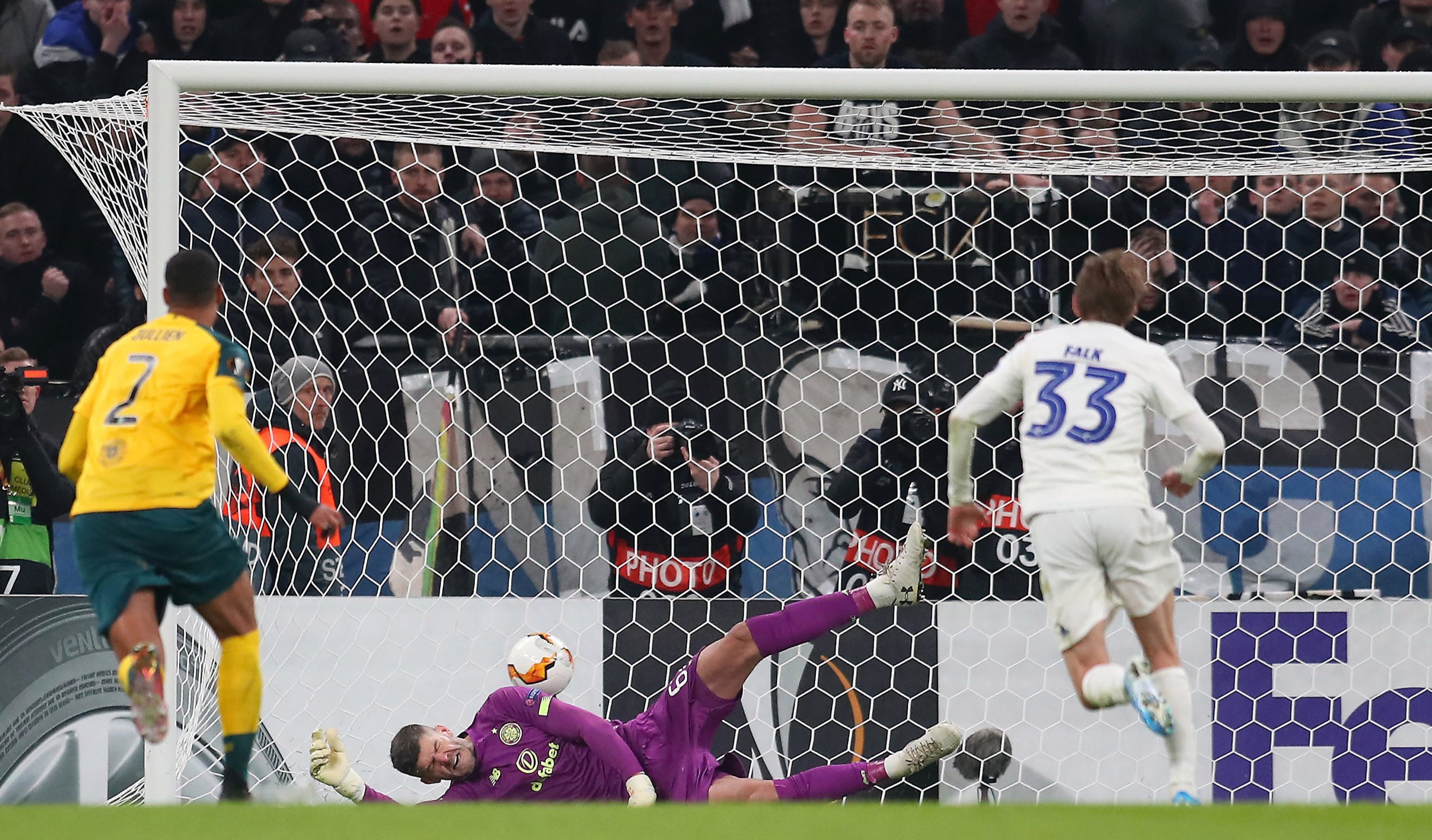 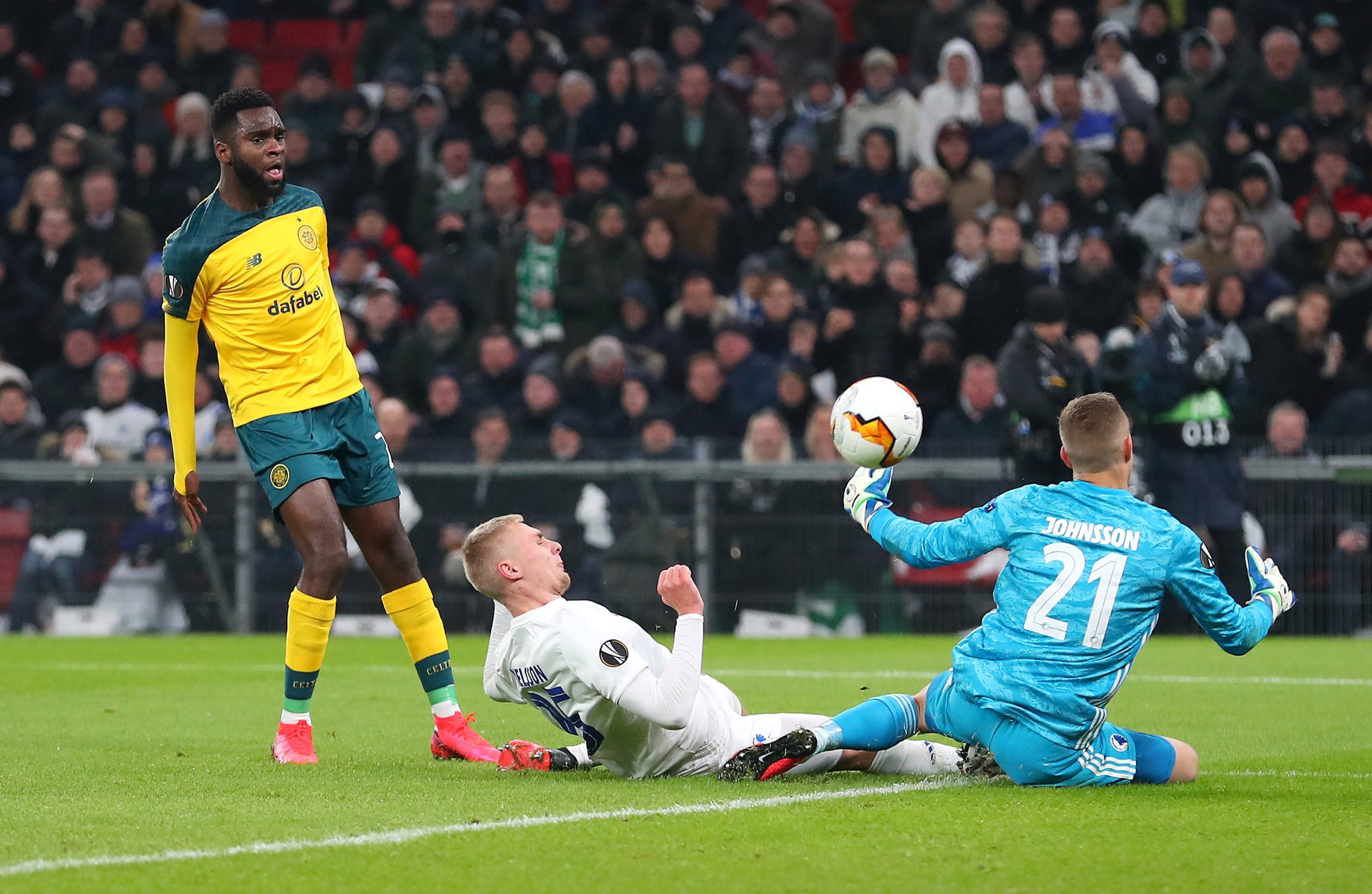 Neil Lennon’s side will fancy their chances of making the European League last-16 after tonight – but it could have been a lot better if they had capitalised on their early dominance.

Odsonne Edouard could have put them out of sight had the forward not squandered several opportunities at the start.

And they were punished moments after the break as Dame N’Doye pounced from close-range to level.

Celtic begun in blistering fashion in Denmark as a yellow and green tornedo swept through the Telia Parken.

The 22-year-old Edouard wreaked havoc and twice was denied by goalkeeper Karl-Johan Johnsson during the opening exchanges.

Finally his persistence paid off with thirteen minutes on the clock at the third attempt as he chipped the stopper to break the deadlock.

Celtic’s Forster was untroubled at the other end as his team-mates continued to dominate the opening period, but they failed to add to their advantage.

But it was a completely different story after the restart as N’Doye pounced just seven minutes into the second period to level.