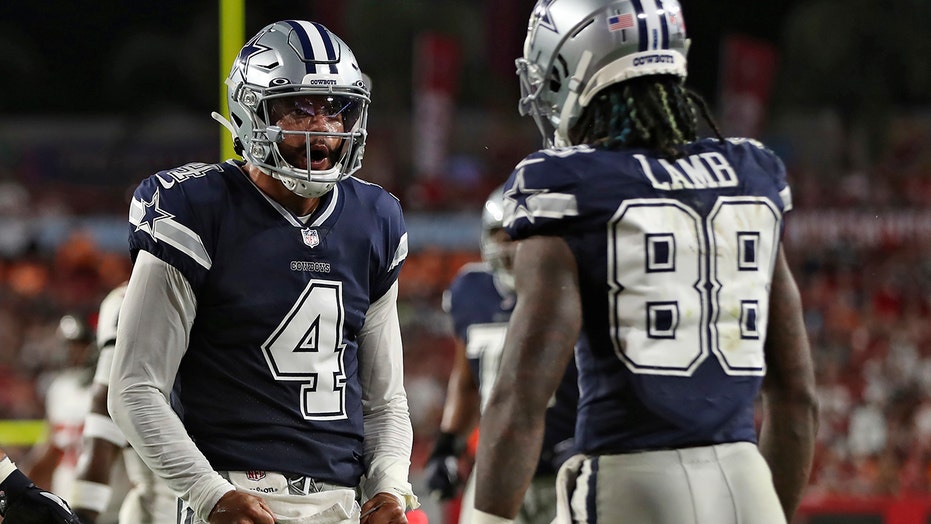 Dak Prescott was back on the board for the Dallas Cowboys.

Prescott threw his first touchdown pass since Week 4 of the 2020 season against the Tampa Bay Buccaneers on Thursday night. It was 340 days between touchdown passes. He found second-year wide receiver CeeDee Lamb for a 22-yard score with 1:42 remaining in the first quarter.

The touchdown pass tied the game as the Buccaneers scored on the previous drive.

It was Prescott’s first game since the 2020 season. He had four touchdown passes in a loss to the Cleveland Browns in Week 4. The Cowboys would lose the game 49-38.

He did not have any touchdown passes in the following week where he suffered the gruesome ankle injury that cost him his season. In that game, he was 14-for-21 with an interception.

The Cowboys made the large investment in Prescott in 2020. The two sides agreed to a four-year, $160 million contract extension that included a $66 million signing bonus and $126 million guaranteed. He converted $6.25 million of his 2021 salary into a bonus earlier this week.

Prescott took over as Dallas’ starting quarterback in 2016 and was a Pro Bowler and the Offensive Rookie of the Year. In 69 career games, he’s recorded 17,634 passing yards, 106 touchdown passes and 40 interceptions.

The Cowboys are hoping to get more than six wins this season.