DAVID Beckham is in line for a knighthood after having his finances cleared by the taxman.

The former England captain, 46, is believed to have been formally nominated and moved to the official recommendations list for next June. 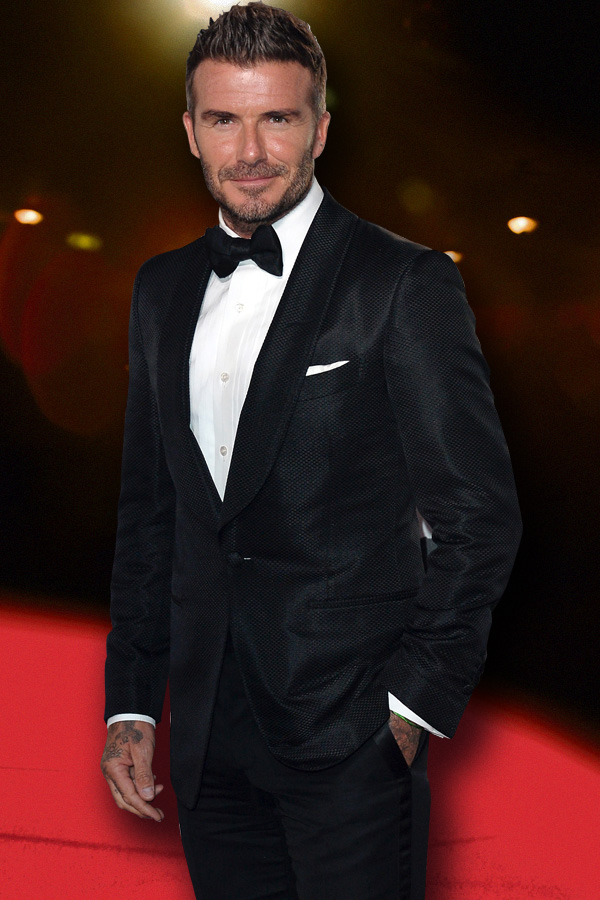 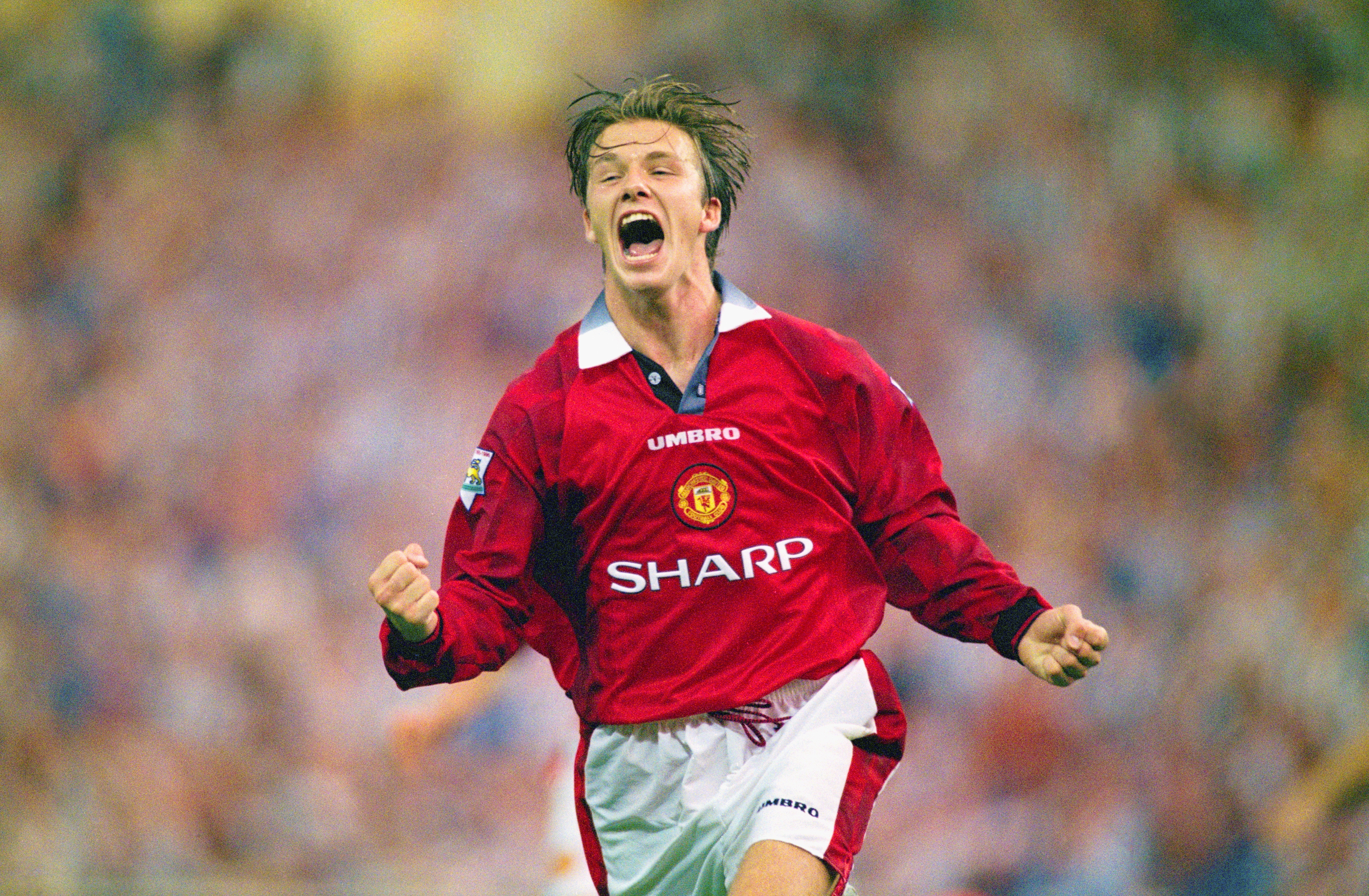 It comes ten years after he was embroiled in a tax-avoidance scheme. The taxman upgraded his status from red — meaning he was barred from recognition — to green.

It means the Manchester United and Three Lions legend has finally become eligible to be a Sir after a long-running tax fiasco.

Last night MPs and charity campaigners praised the move, saying a knighthood for one of England’s most successful players — and a prolific charity fundraiser — was “long-overdue”.

It comes ten years after Becks was caught in the Ingenious tax avoidance scheme and blacklisted by the Inland Revenue.

However in August the firm won a multi million-pound appeal against HMRC and Beckham’s representatives approached tax officials to settle his finances.

A source said: “David, like many of the celebs embroiled with Ingenious, had no knowledge of what was going on at the time.

Ray Quinn unrecognisable after quitting fame to be a carpet fitter

Santander accidentally pays out £130MILLION to thousands on Xmas Day

“His team first proactively approached HMRC almost two years ago, when David made his business independent, and then finally got it all settled, once and for all, this year.

“In 2013 David was told the only reason he was overlooked for a knighthood was because of the tax fiasco. Now it’s been cleared up, there is absolutely no reason for him not to be honoured.

“He would obviously be utterly thrilled with a knighthood — but is under no illusions and will only believe it when he sees it.”

Anyone with financial irregularities is given a “red warning” by the Inland Revenue and barred from honours recognition.

But David, whose heroics for England included a wonder goal against Greece which qualified us for the 2002 World Cup, has now been upgraded from red to green.

The dad of four, who has raised around £50million for charity, is believed to be on the official recommendations list — meaning he has been successfully vetted and is eligible for recognition.

It is now down to the Honours Committee — chaired by Culture Secretary Nadine Dorries — to formally approve his nomination next June for the Queen’s Birthday Honours. It would mean his former Spice Girl wife Victoria, 47, becomes Lady Beckham. 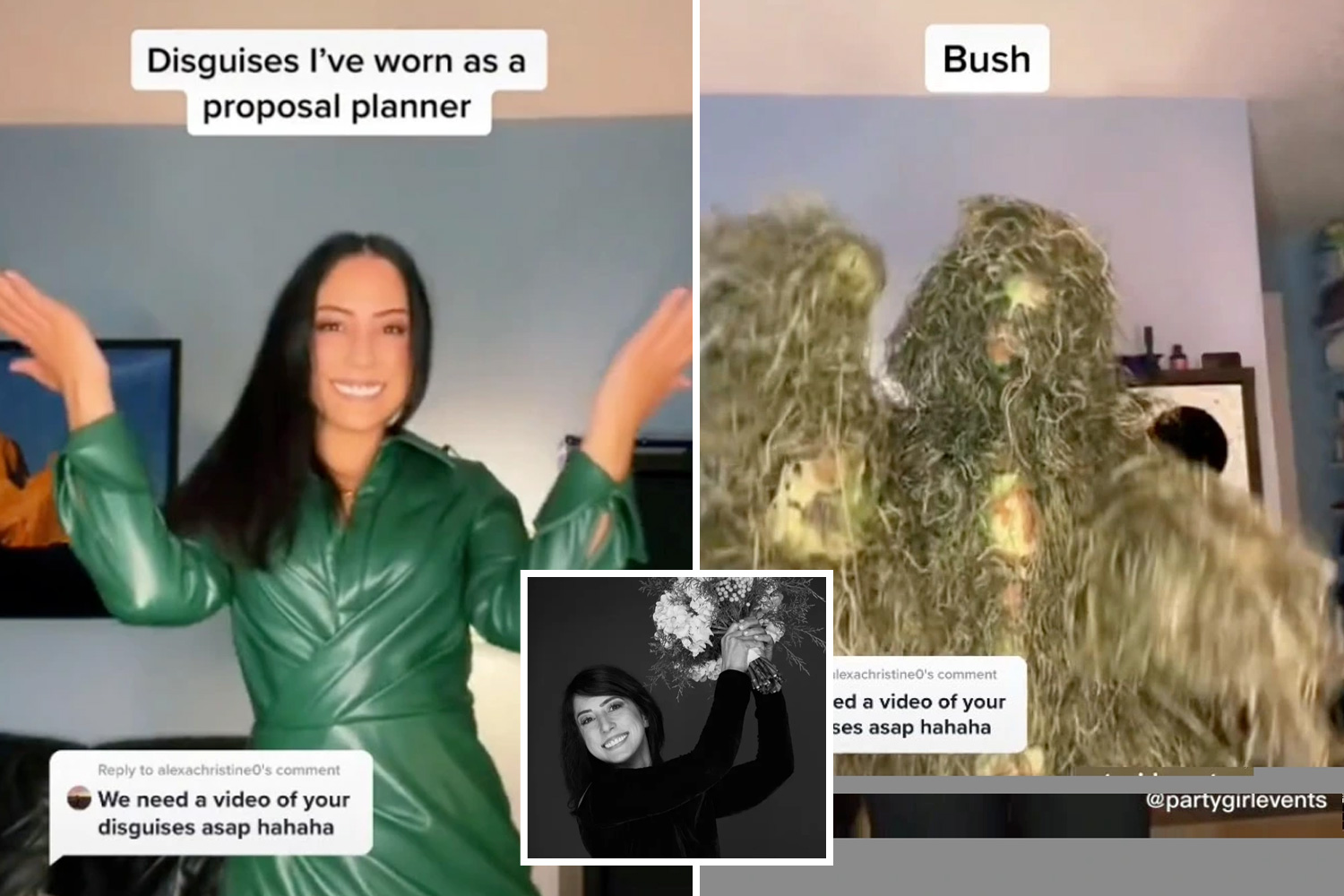 I’m a professional proposal planner & people pay me £1,300 to sort everything 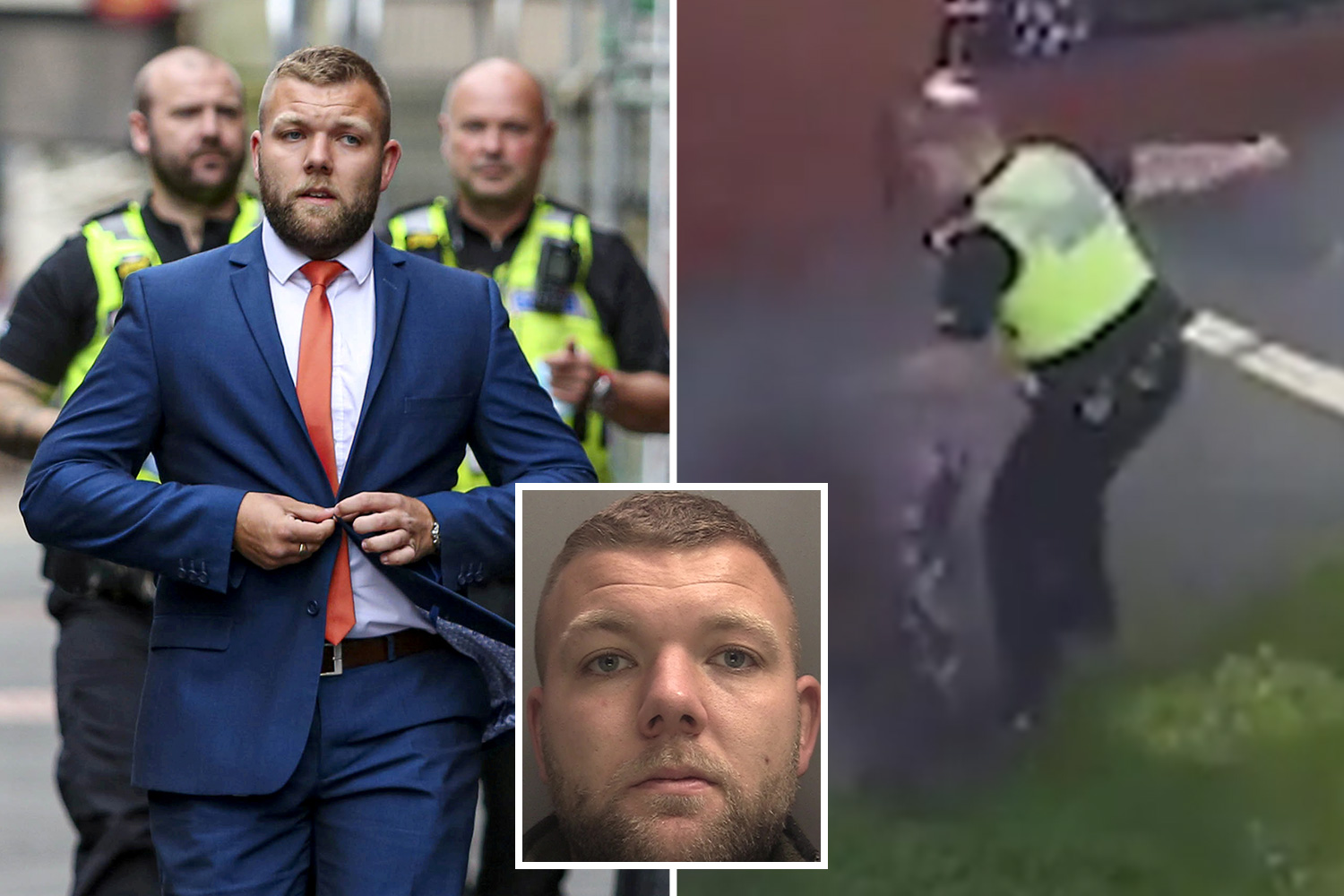 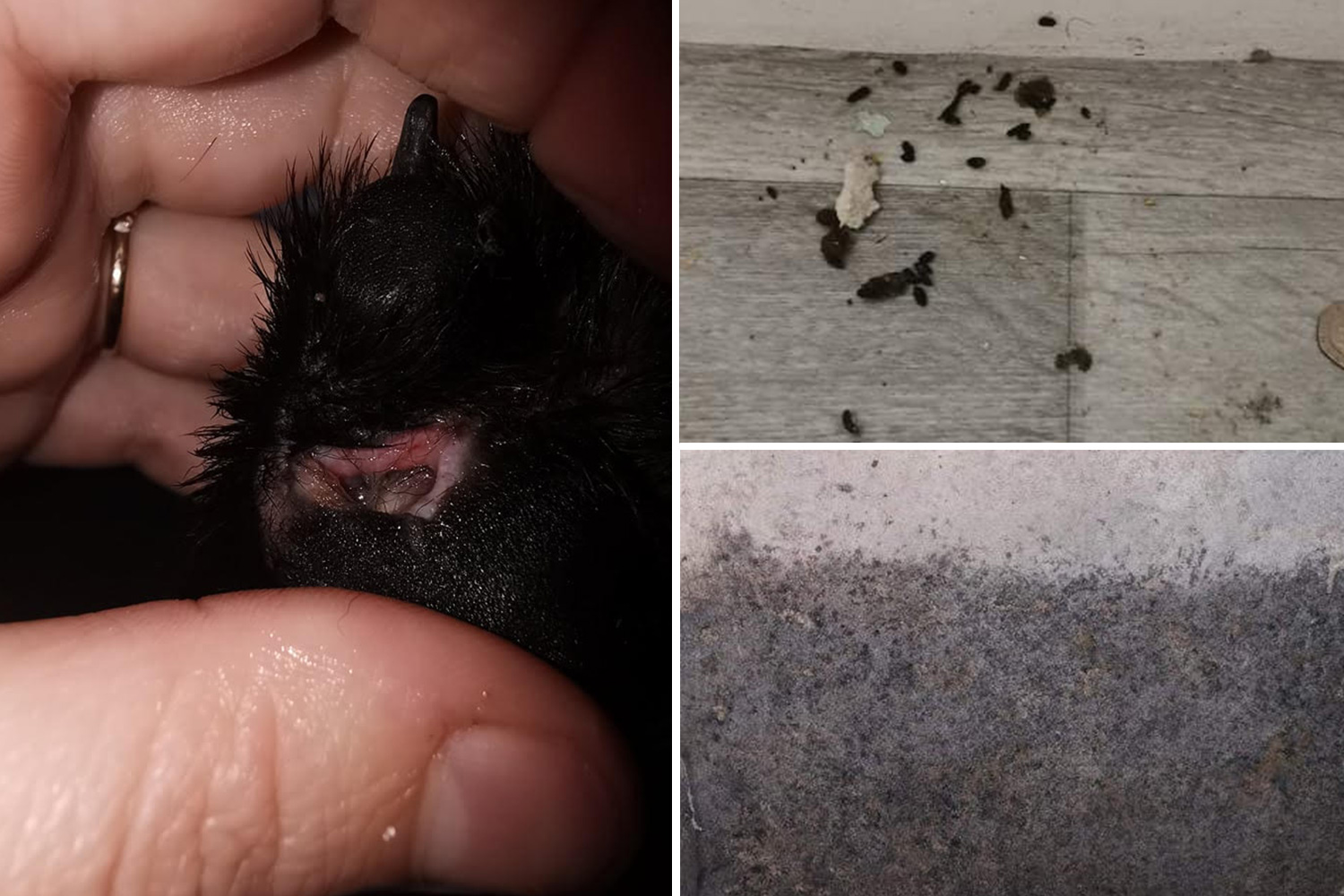 RAT OUT OF HELL 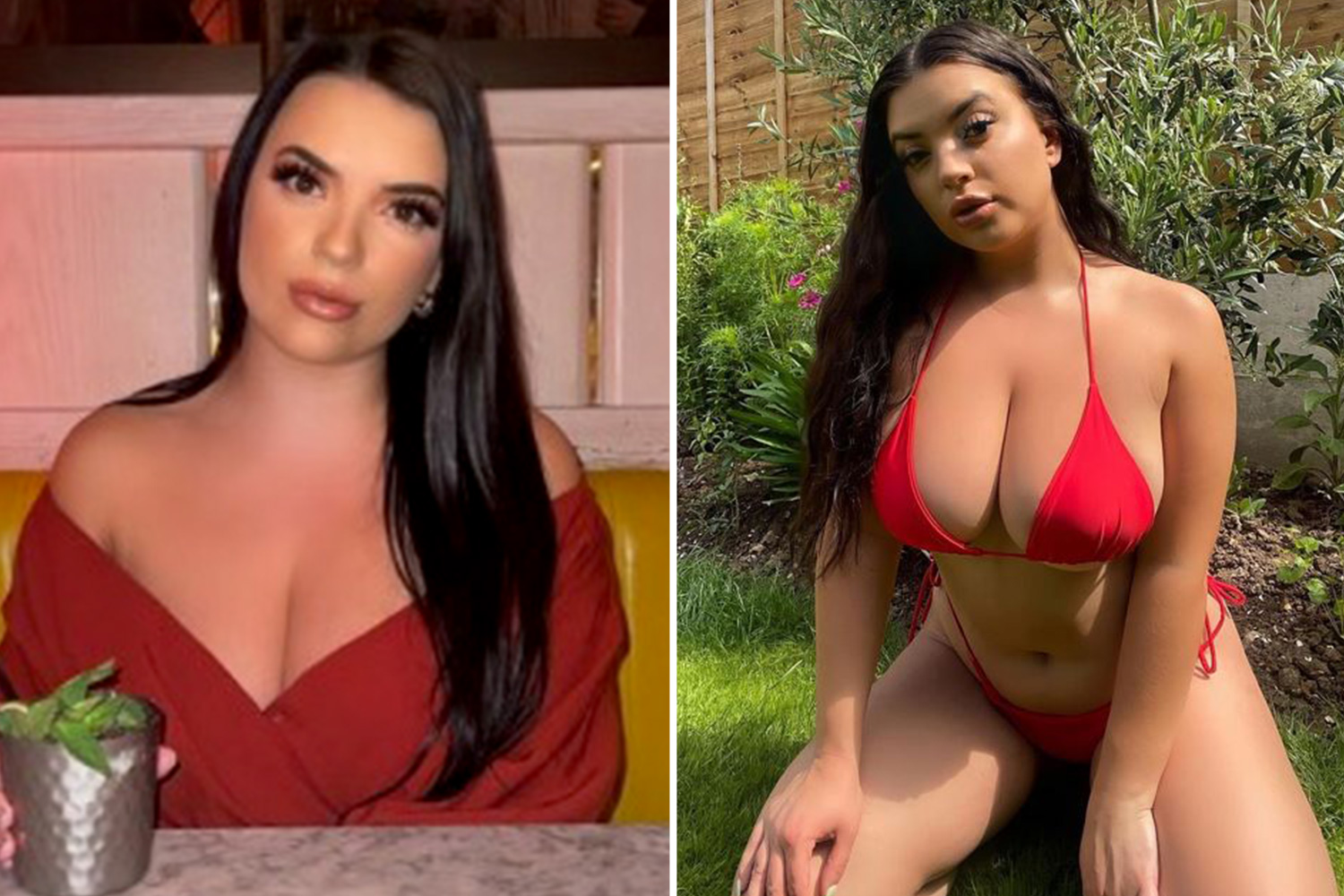 However the star, who played a pivotal role in helping London host the 2012 Olympic Games, could still be overlooked.

Last night the family of Captain Sir Tom Moore — who raised millions for the NHS by doing laps of his garden — praised the move.

The war veteran, who died earlier this year aged 100, was honoured by Becks who visited him at home to present him with an FA-backed distinction.

We’re delighted David is finally in line to receive a knighthood — something he thoroughly deserves.

His daughter Hannah Ingram-Moore, co-founder of The Captain Tom Foundation, told The Sun: “We’re delighted David is finally in line to receive a knighthood — something he thoroughly deserves.

“We will never forget the kindness and support that David and his family have shown my late father and our family.”

Last year David also helped The Sun launch its poppy campaign, visiting the Chelsea Pensioners to help boost sales during the pandemic. And he joined Prince William at our Who Cares Wins awards earlier this year.

Tory MP Andrew Bridgen said last night: “As someone who has been very critical of footballers in the past, I actually think this is long overdue for David Beckham.

“He’s made good on his tax issues, has raised millions for various charities and, of course, was instrumental in our Olympics bid.“

It comes two years after The Sunday Times revealed that David and Victoria were two of Britain’s highest taxpayers, coughing up £12.7million in 12 months.

However, earlier this year he came under fire for agreeing to be an ambassador for Qatar ahead of next year’s World Cup. The Middle Eastern country has been heavily slated over its appalling human rights records as well as its outlawing of homosexuality.

However, he brushed off criticism of the £150million, ten-year deal, insisting he hopes to bring about change “from within” and “use football as a force for good”.

'He does more than people realise'

Last night a source close to David’s charity work added: “David has been a Unicef Goodwill Ambassador for the past 18 years, and has worked tirelessly for them.

“This year he fronted their global vaccination programme, and he raises around £5million a year to support them, in addition to the women and children’s projects he funds under the umbrella of his 7 Fund. Over the years he has probably raised over £50m for Unicef and other charities and also quietly gives about a million a year from his own pocket.

“He does more than people realise — even in lockdown, he was volunteering locally for Age UK, visiting the Chelsea Pensioners. It’s not just about money — it’s the time he gives. And everyone knows what a massive royalist David is — he is close to Prince William, and loves the Queen, and has been a big supporter of William’s mental health campaign.

“He’s really not expecting anything at this stage — but to receive an honour now would be beyond anything he could ever imagine.”

The firm — which has always denied tax avoidance — was using “sideways loss relief” which allowed investors to offset their potential tax bill against losses made in other areas.

HMRC argued the scheme was a form of avoidance and tried to claw back some £700million — which Ingenious successfully appealed in the summer.

He’s really not expecting anything at this stage — but to receive an honour now would be beyond anything he could ever imagine.

In 2017 David, dubbed Goldenballs, was publicly embarrassed after private emails he wrote to his then-advisers were leaked. In them, he angrily reacted to being overlooked for a knighthood in 2013, calling the Honours Committee “c***s”.

In 2003 Beckham, who played 115 times for England and was captain for six years, was awarded an OBE for services to football.

He received it from the Queen at Buckingham Palace, watched by Victoria, sons Brooklyn and Romeo, and his grandparents. 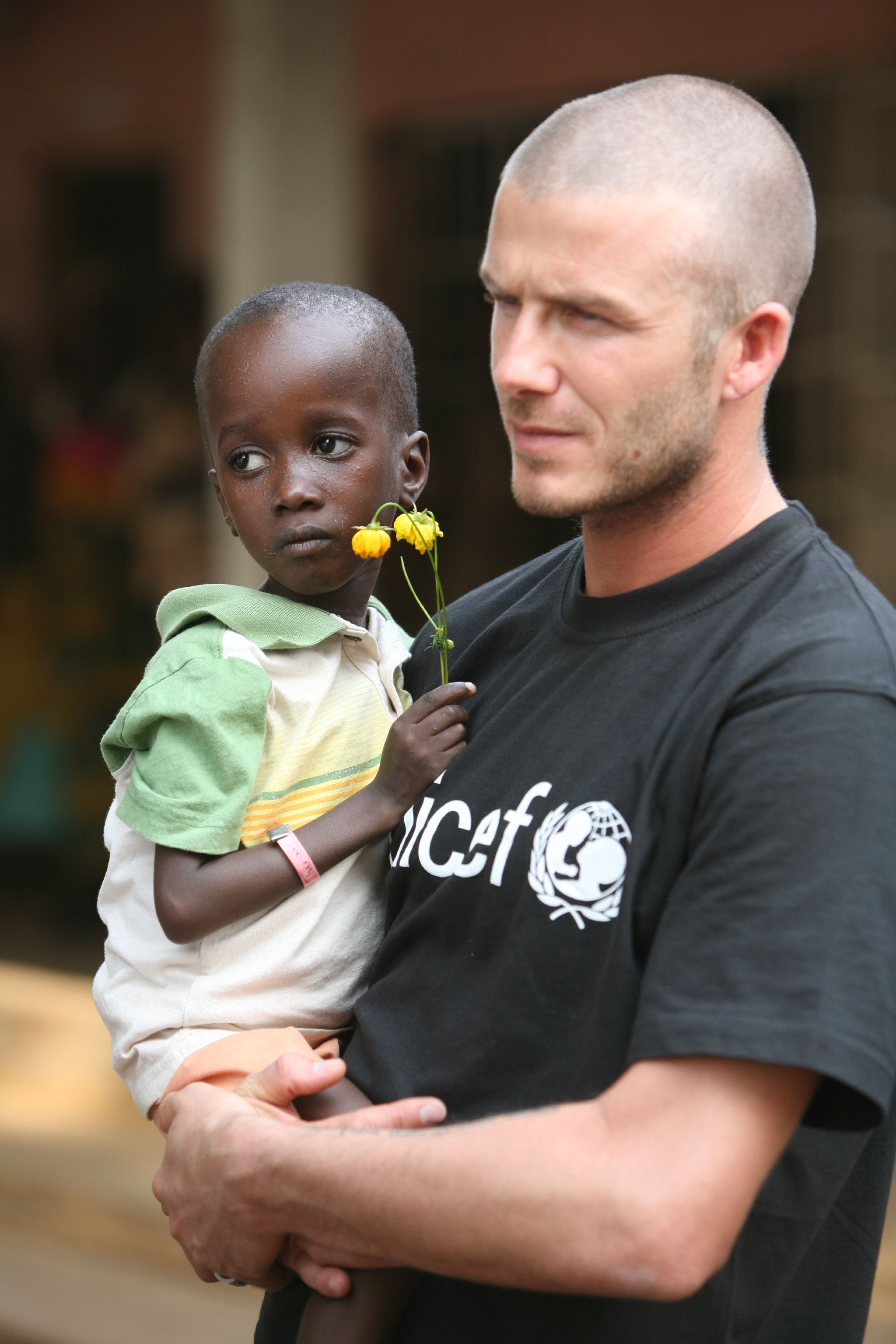 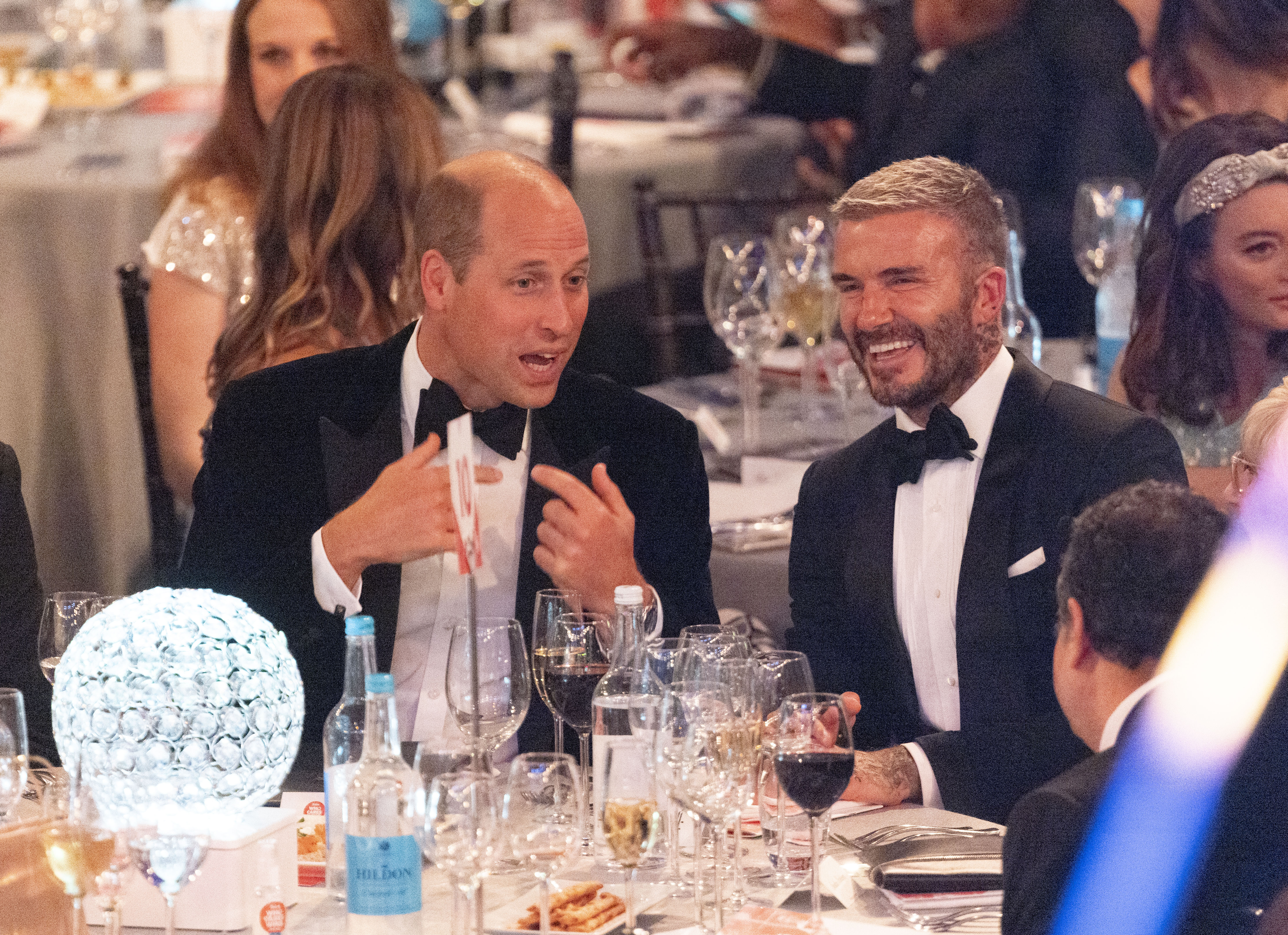 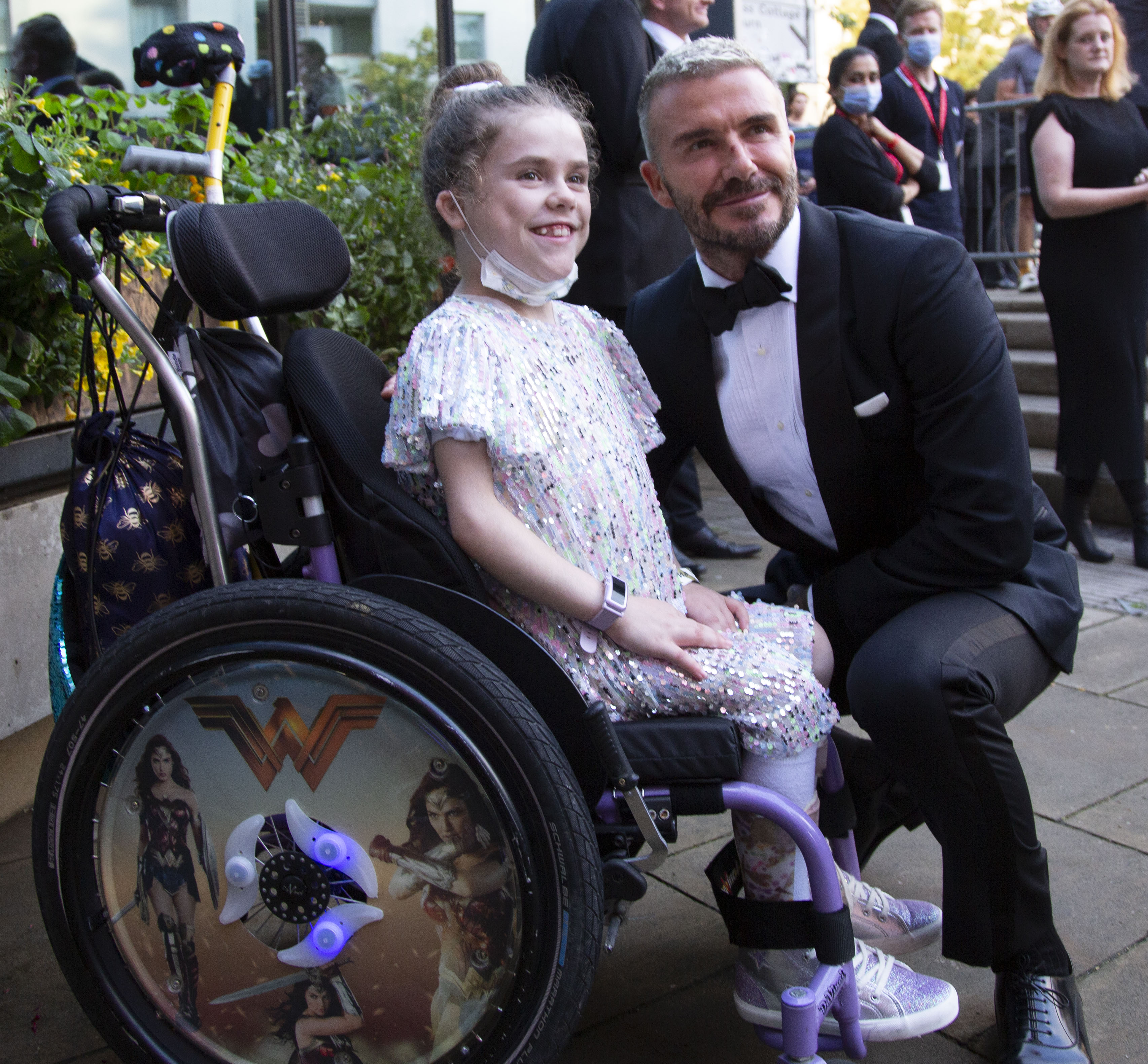 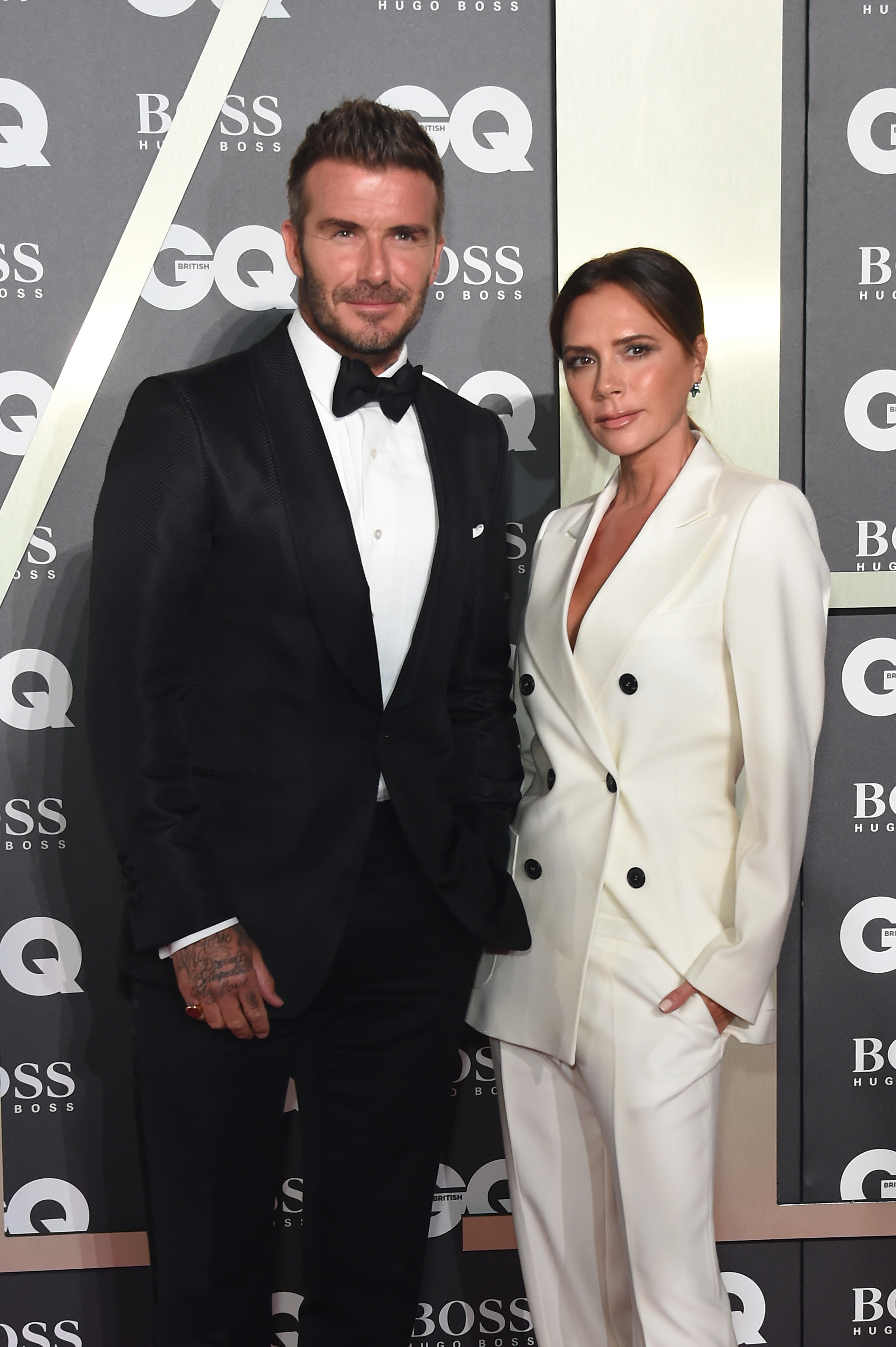 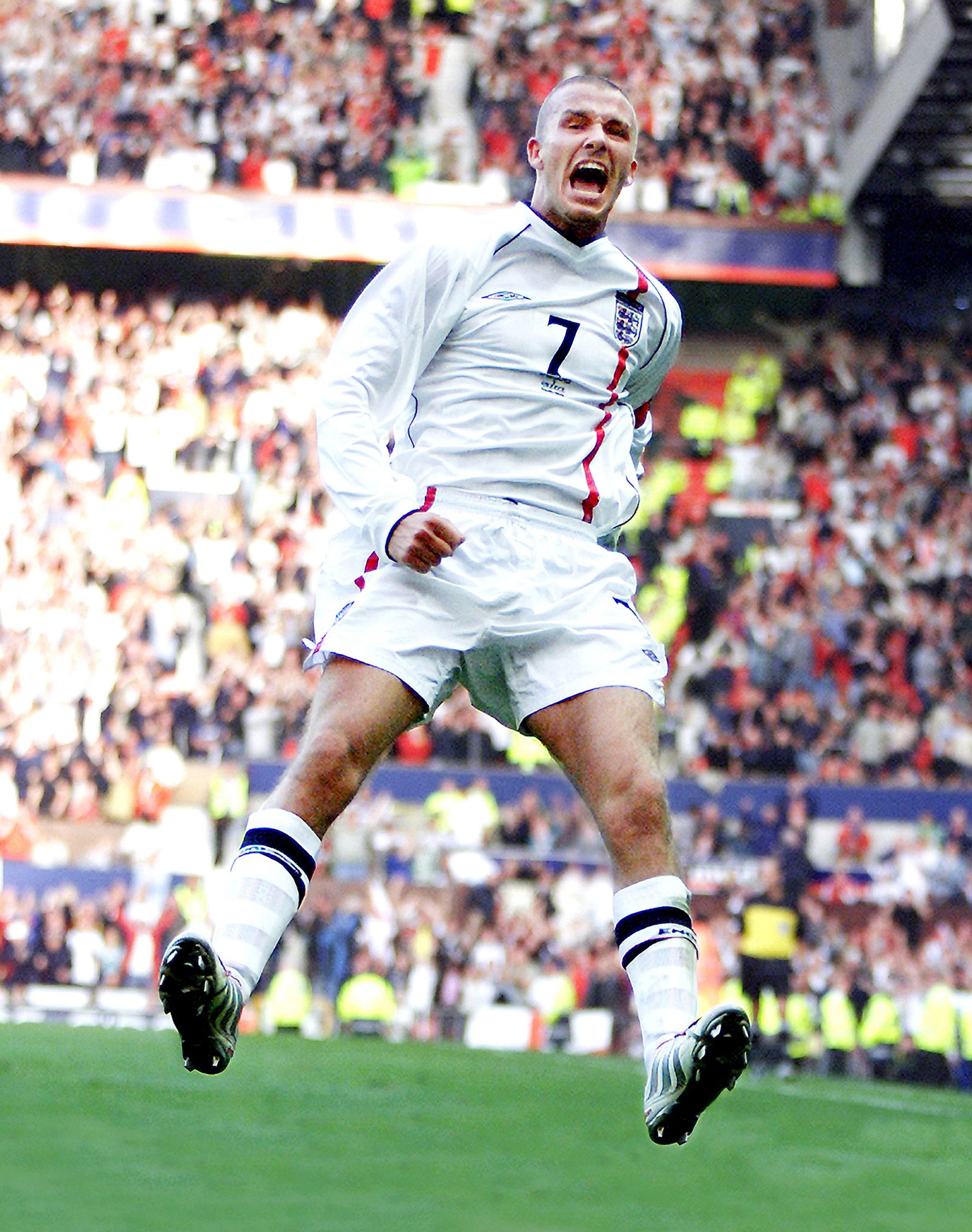 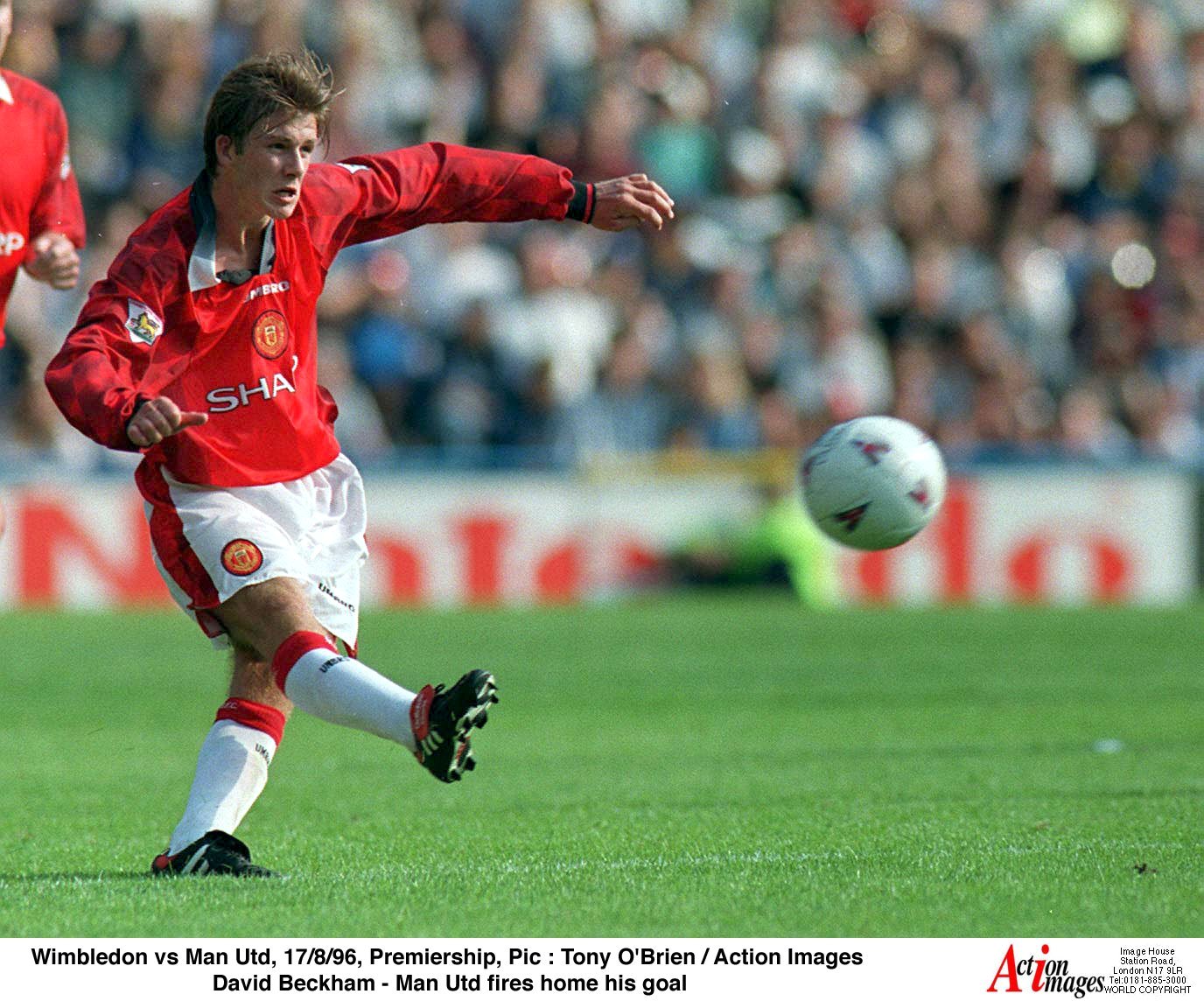 BECKHAM enjoyed a 20-year football career which includes the remarkable feat of having won league titles in three countries — England, Spain and France.

Here’s the timeline of his remarkable life: