DEONTAY WILDER was taken to hospital after being knocked down three times by Tyson Fury but reportedly WON'T be staying in over night.

The American was dropped by twice by the Gypsy King before finally being knocked out in round 11. 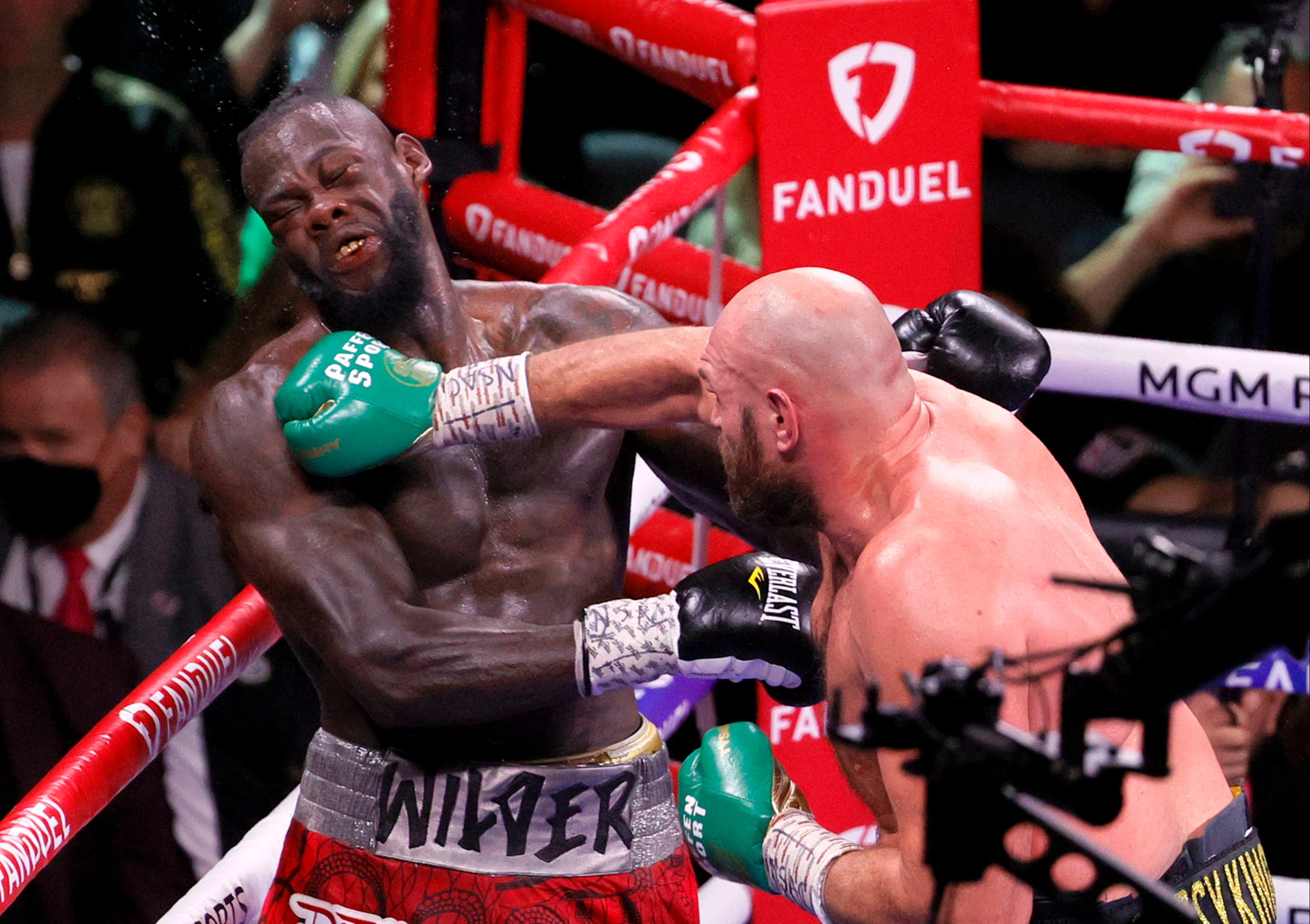 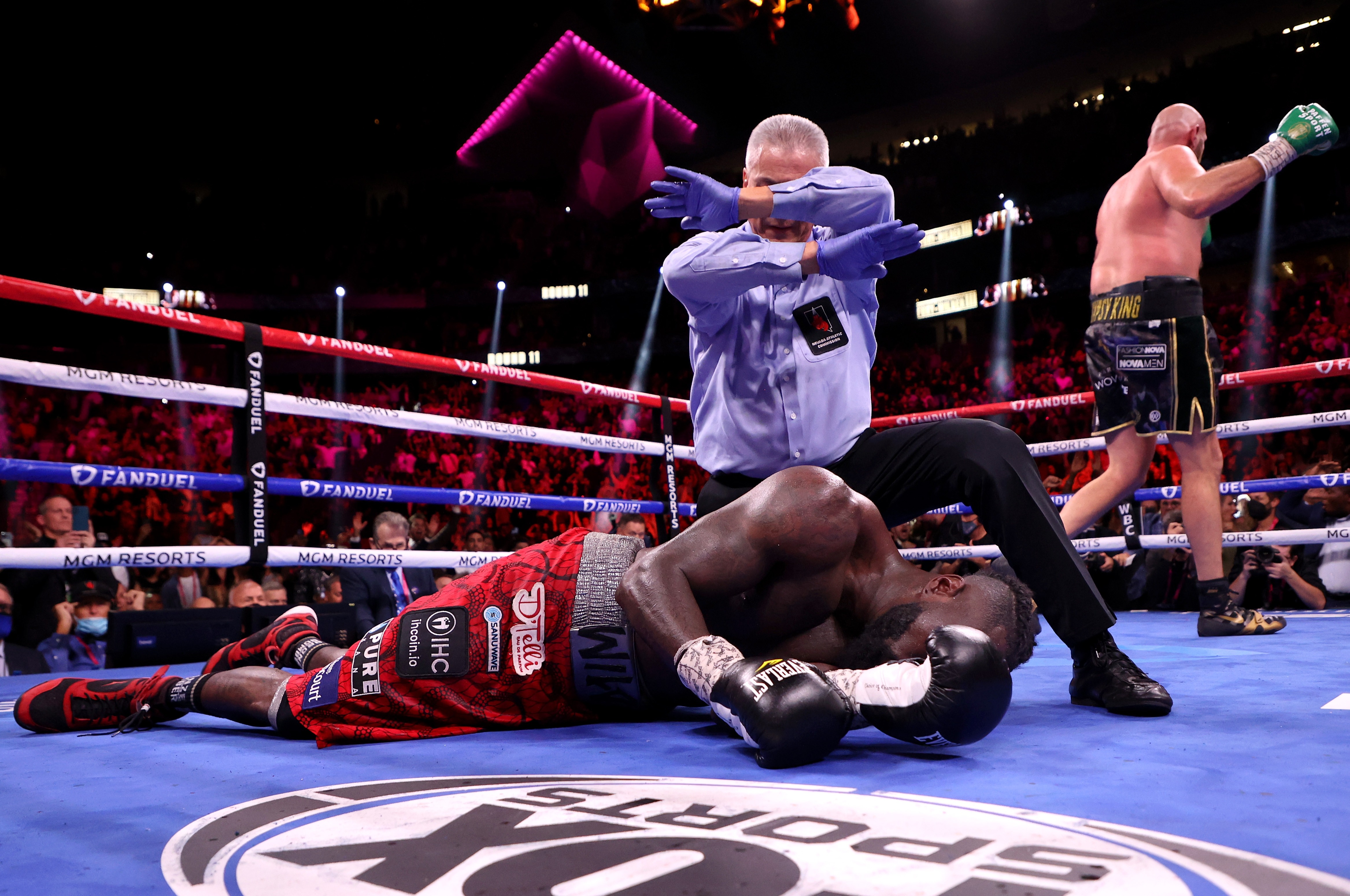 And according to ESPN+, the brave and resilient former WBC champion was transported to a Las Vegas hospital for precautionary reasons.

However, the 35-year-old was not kept in overnight, according to boxing journalist Dan Rafael.

He tweeted: "Was texting with Wilder's manager Shelly Finkel.

"Said Deontay is OK and won’t be staying overnight at the hospital."

Wilder was understandably absent at the post-fight press conference.

But it was there Fury, topless with his WBC and Ring Magazine belts, voiced his concern for Wilder.

He said: "Wilder is a tough guy with a big heart to keep going, I think a doctor got in the ring and checked him.

"He took a lot of punishment and that puts miles on the clock – but so did I."

Wilder was dropped in round three and barely survived to make it to the corner.

As things looked to be heading towards an early night for Fury it was his turn to dramatically pick himself up from the canvas, but not once, twice.

The Gypsy King, 33, then took control down the stretch and a big right hand over the top had Wilder again on the floor in the tenth.

And in the following round Fury, who had won the rematch 20 months prior, closed the show and their rivalry with a devastating KO.

CLICK HERE FOR LIVE UPDATES ON FURY VS WILDER 3

He said: "It was a great fight, rarely do we see heavyweight trilogies but they never disappoint.

"Me and Wilder saga is done for good now, it swung both ways, we both had chances to win but I dug deep and wanted it more.

"It comes down to who pushes further but I was not willing to go to the judges." 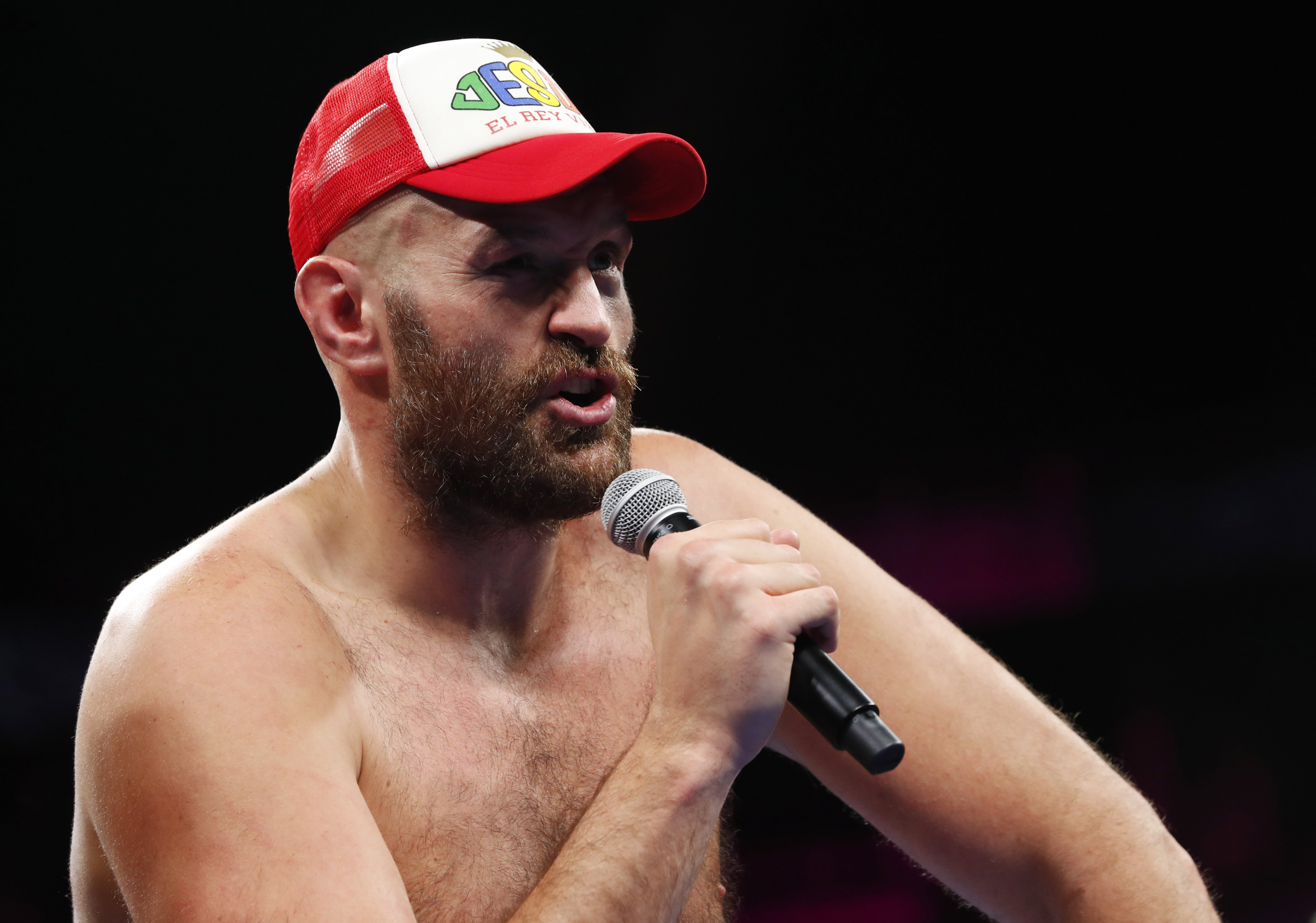