DEREK CHISORA'S mum has reportedly stepped in to resolve the ring walk row that almost caused his bout against Joseph Parker to be cancelled.

The 37-year-old was left fuming during Friday's weigh-in after a coin toss was held to see who would walk out first during Saturday night's fight at Manchester Arena. 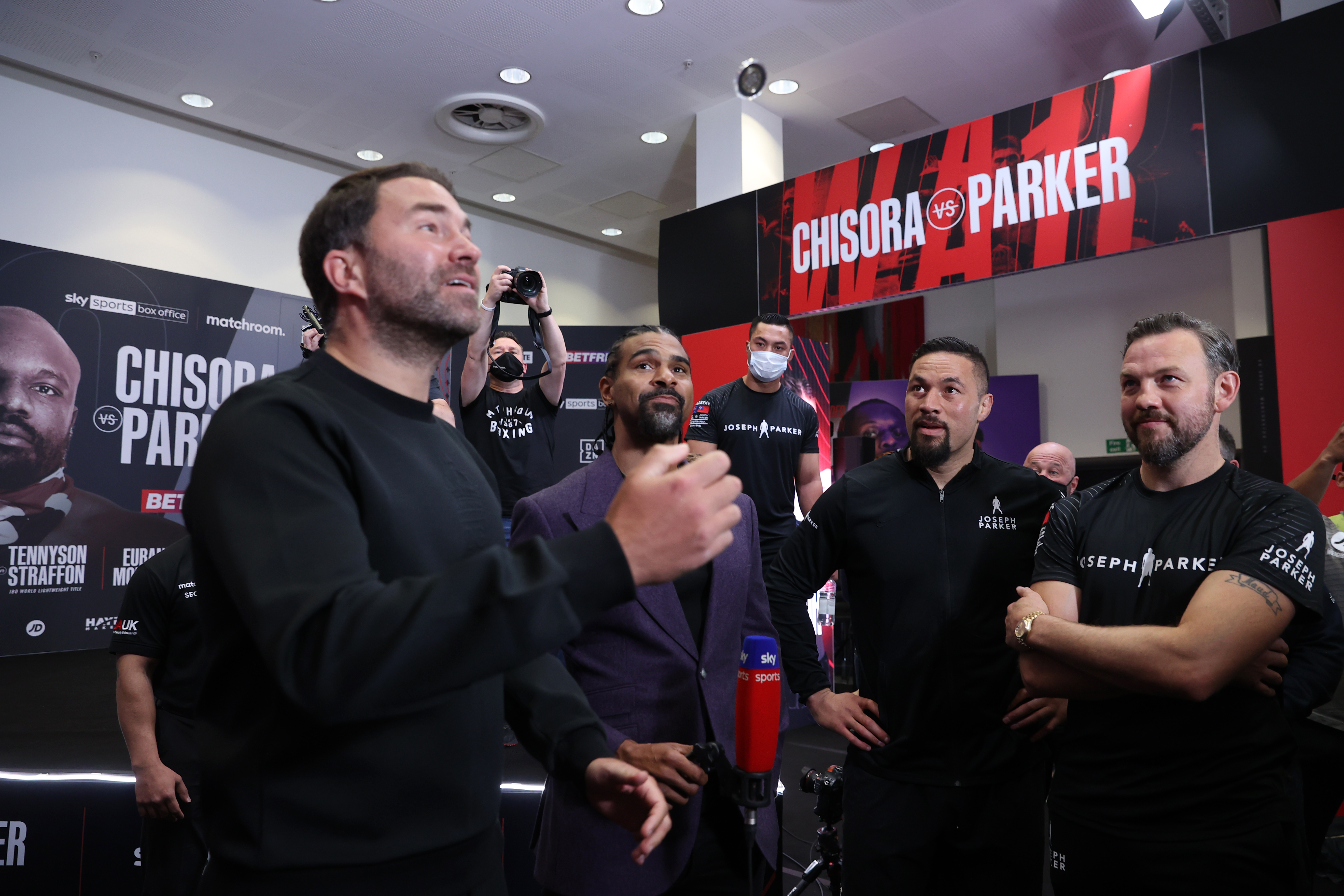 Despite his face appearing first on the poster, the British banger stormed out of the room at the prospect of heading to the squared circle first.

During his final pre-fight interview with Sky Sports, he said: "We're having an argument.

"Either I come in second or I go home right now."

Chisora's manager David Haye stepped in to take part in the coin toss on his behalf, with Parker winning and choosing to walk in second.

And former WBA heavyweight champion Haye has now revealed that Chisora has agreed to enter the ring first after his mother talked him into continuing.

He told Sky Sports: "It sounds crazy. I didn't see the fight happening with Derek walking to the ring first.

🥊 CHISORA VS PARKER: TV, live stream and start time info ahead of the big fight

"But thankfully the voice of reason came in – Viola – Derek's lovely mother, and she is the only person he actually listens to.

"I spoke to Viola about an hour ago and she said, 'I told him he's going to come to the ring first, like he promised, and that's that.'

"I talked to Derek, and Derek sort of agreed, yes he's agreed that.

"The fight is 100 per cent on. Derek will be walking to the ring first as he should have done, because he lost the coin toss. We've got ourselves a fight."

WBC champion Tyson Fury has wished both Chisora and Parker good luck for the contest, as he urged the duo to put on a show for the fans.