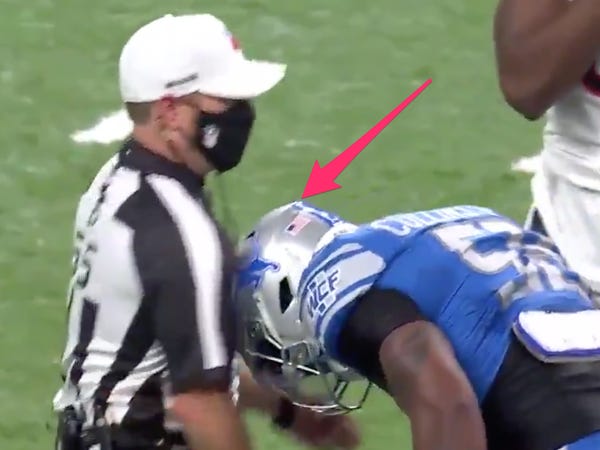 Detroit Lions linebacker Jamie Collins earned the first ejection of the 2020 NFL season on Sunday, after putting his helmet into the chest of a referee to make a point.

In the second quarter of the Lions' season opener against the Chicago Bears, Collins became frustrated with Bears running back David Montgomery for lowering his head on his runs. After a play, Collins lowered his head and lightly put it into the chest of a referee, as if to demonstrate how Montgomery was running.

Of course, you can't do that to a referee.

The play drew comparisons from some fans to Novak Djokovic, who was forced to concede his match in the US Open after he accidentally struck a line judge with a ball.

Regardless of the intention behind Collins' gesture, the safer bet is always to steer clear of making contact with the officials.