Argentinian DJ says he’s been called a ‘MURDERER’ in abuse online after he was pictured partying with Lionel Messi days before he tested positive for Covid, as he posts his own PCR test to PROVE he didn’t infect the PSG star!

A famous DJ who went to the same party as Lionel Messi after having to isolate due to Covid-19 has been called a ‘murderer’ by social media trolls who claim he infected the PSG star with coronavirus.

Fer Palacio, a 31-year-old Argentinean DJ, shared a picture alongside Messi at an event last Wednesday and the footballer tested positive for the virus in his native Argentina on Sunday.

The DJ took to Twitter to show proof of a negative test he needed before travelling to Uruguay after the party which Messi attended. 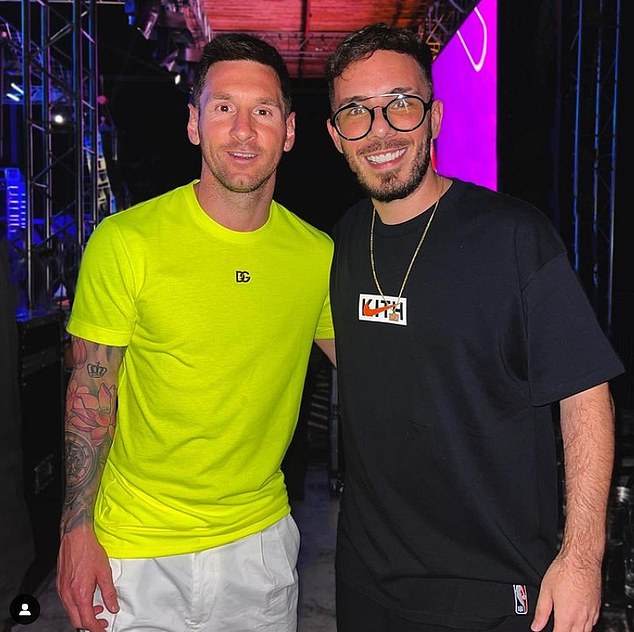 Fer Palacio (right), a DJ who had a picture with Lionel Messi last week, has been called a ‘murderer’ by sick trolls on social media after the PSG star tested positive for Covid-19

He was quoted by Marca as saying: ‘I just woke up and they sent me a lot of messages, I am a trend on Twitter because Messi tested positive for Covid and they relate it to the fact that I infected him.

‘They have even called me ‘murderer’ by messages, very bad vibes. I did a test because I have to travel to Uruguay and I do not have Covid.’

The Spanish publication adds that Palacio had recently been forced to isolate before the event with Messi, which prompted trolls to target him.

Messi is one of four PSG players to test positive for the virus, along with his team-mates Juan Bernat, Nathan Bitumazala and Sergio Rico. The results came the day before PSG’s match against fourth-tier Vannes in the French Cup. 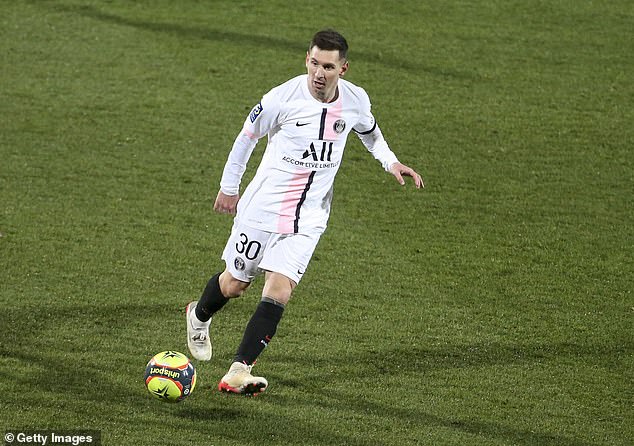 It is unclear when Messi, who is currently in Argentina, will be back playing for PSG

Manager Mauricio Pochettino did not put a date on when Messi will return – the French league leaders resume their league campaign on January 9 against Lyon.

PSG are the runaway leaders in Ligue 1 and are 13 points clear of second-place Nice at the midway stage of the season.

The 34-year-old Messi has made 16 appearances in all competitions for PSG in his first season at the club, scoring six goals.

Celebrities
Stephanie Matto says she's earning 6 figures just from farting into jars ... but all that gas is taking a...
Lifestyle
IF you're feeling a bit ropey this morning after a night on the booze then it's more than likely you...
TV & Movies
THE Billboard Awards are over for another year - but who won what? We have the lowdown on the big...
World News
VILE thugs have covered a memorial for hero Captain Sir Tom Moore in graffiti. The sculpture - a silhouette of...
Beauty
Amazon Has a Hidden Overstock Sale Section, and These Are the 12 Best Beauty Deals As POPSUGAR editors, we independently...
Fashion
LONG gone are the days of the push up bra with women now having “breast facials” to keep their boobs...
Recent Posts