Donegal manager Declan Bonner has hit out at the treatment of Michael Murphy, stating the Glenswilly man should receive more protection from referees.

The Tir Chonaill captain was targeted by Armagh defenders during Saturday’s win, as the Orchard County players celebrated in his face when he conceded a free.

“Michael gets that attention every day he goes out,” said Bonner.

“I did feel especially in the first quarter, there was a number of definite free-kicks that we didn’t get. Just because Michael is a big strong lad, he comes in for special treatment. 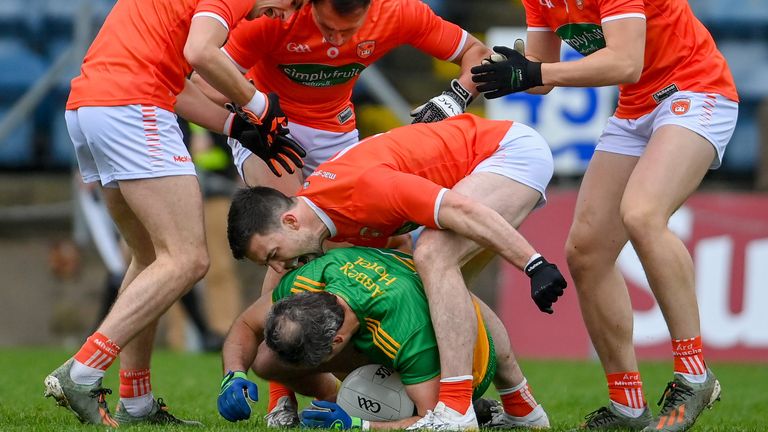 “He’s a special player. He doesn’t get the protection I feel that he deserves, like anyone else that goes onto a playing field.

“But listen, Michael is well fit to look after himself. But yeah, it was definitely in the early stages of the match, I felt there was a number of decisions that were frees in, that we didn’t get.

“It might just be because of who he is. That’s it.”

Meanwhile, Sunday’s Anglo-Celt Cup decider has been set for the Athletic Grounds. The Armagh venue came in for criticism following Cavan’s win over Down.

Bonner expressed his concerns about the surface.

“Just looking at the state of the pitch, from watching the match yesterday, it didn’t look in great shape,” he stated.

“You’d have definite concerns about that being quite honest. It’s been fixed for Armagh, so you can only take it that the powers that be will see the pitch will be in proper playing condition. It’s in the middle of winter. Both goals, going out maybe 20-25 metres out the pitch, it did look pretty dug up. I presume there’s plans in place to rectify it. 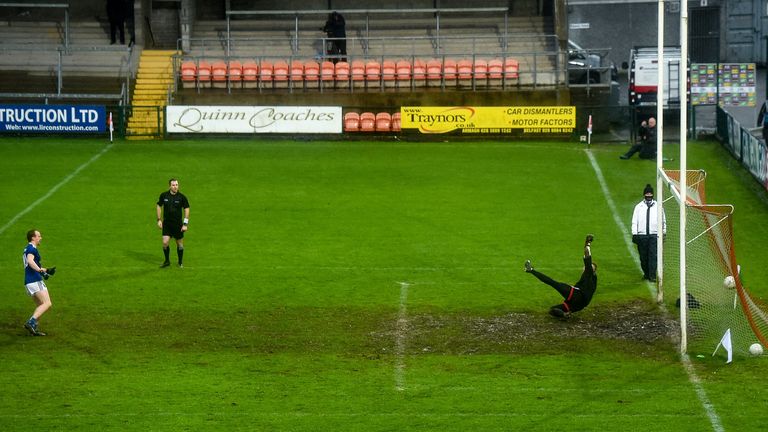 “It just looked like it cut up badly. The Ulster Council must think there’ll be no problem. We have no issue with Armagh. It would be a concern with the state the pitch is in.”

Watch Inside The Game, our midweek GAA discussion show, every Wednesday evening on Sky Sports Mix!