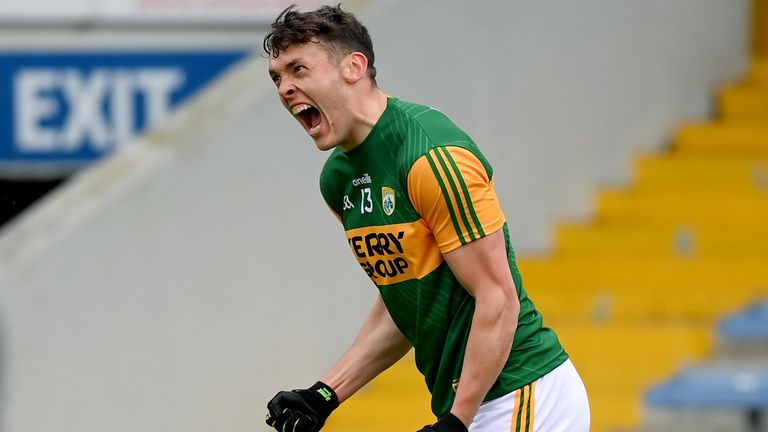 Dublin and Kerry served up a classic 4-9 to 1-18 draw in the National League at Semple Stadium.

It was an epic contest. If it is a sign of things to come in the championship, we are in for a summer to remember.

With Con O’Callaghan and Cormac Costello both scoring two goals each, Dublin led for the majority of the contest. But David Clifford spearheaded a comeback, and the Fossa star converted a late penalty to rescue a draw. The two teams initially took time to settle, with Dublin only converting one of their first nine scoring opportunities. However, once they found their range, it seemed like they could not miss.

Kerry’s direct style was causing the men from the capital issues, and the Kingdom burst into a 0-4 to 0-1 lead.

But the Dubs hit back in the 16th minute. A Ciarán Kilkenny hand-pass played O’Callaghan in from the left wing, and the Cuala man buried it past Kieran Fitzgibbon in the Kerry goal.

Peter Keane’s charges hit back through points from Paudie Clifford and Diarmuid O’Connor.

However, Dublin then hit again. O’Callaghan broke in from the left once more, but this time he picked out Costello who finished it off. They subsequently tagged on three consecutive points to build a four-point lead.

Kerry did get the ball in the Dublin net. But Dara Moynihan was fouled as he ran along the end-line in the build-up, and the new advantage rule meant referee Sean Hurson was forced to bring it back for a free which Seán O’Shea converted.

The Kingdom players were incensed, but their troubles were to deepen when Paul Murphy lost his footing underneath a high ball, allowing O’Callaghan to catch it and stick it in the net to build a 3-6 to 0-9 half-time lead. 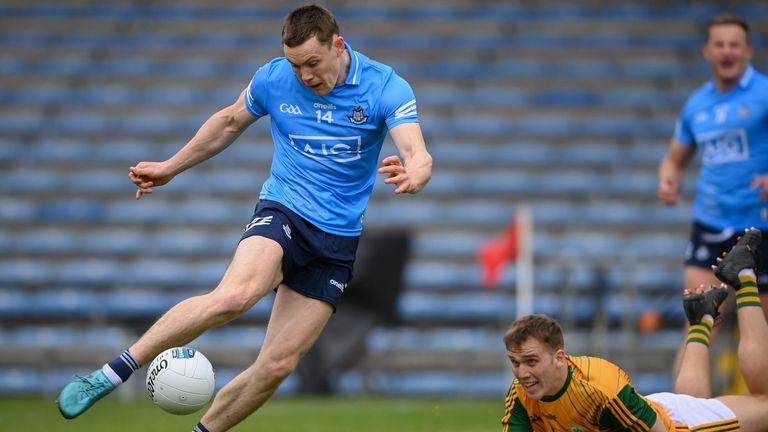 Dublin looked to control the game after the restart, and Kerry didn’t get possession until the 40th minute after Cormac Costello pointed following patient build-up play, to stretch the lead to seven.

However, the Munster side then came roaring back into the contest with five points without reply – including three from David Clifford – to make it a two-point game.

Costello pegged one back for the Dubs, but three more Kerry points levelled it, less than 20 minutes after they trailed by seven.

However, the Kingdom soon found themselves behind once more. O’Callaghan was fouled by Diarmuid O’Connor, and Hurson awarded a penalty which Costello converted.

Kerry came again, and brought it back to two points through a Seán O’Shea free. However, Dublin looked to take the pace out of the contest by holding onto possession.

O’Callaghan pointed in injury-time to push the gap out to three.

But there was to be a final twist. A long ball broke to Stephen O’Brien who was fouled by Philly McMahon. Clifford stepped up and made no mistake from the penalty spot to rescue the draw. 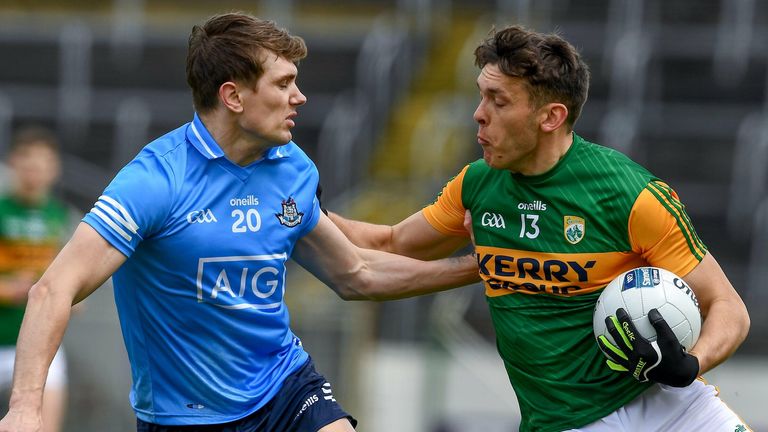