EBANIE BRIDGES set pulses racing at her Headingley weigh-in — and not just with her trademark attire.

The 'Blonde Bomber' — who has made a habit of wearing racy lingerie to tip the scales — held up a Leeds scarf as she faced off with Mailys Gangloff. 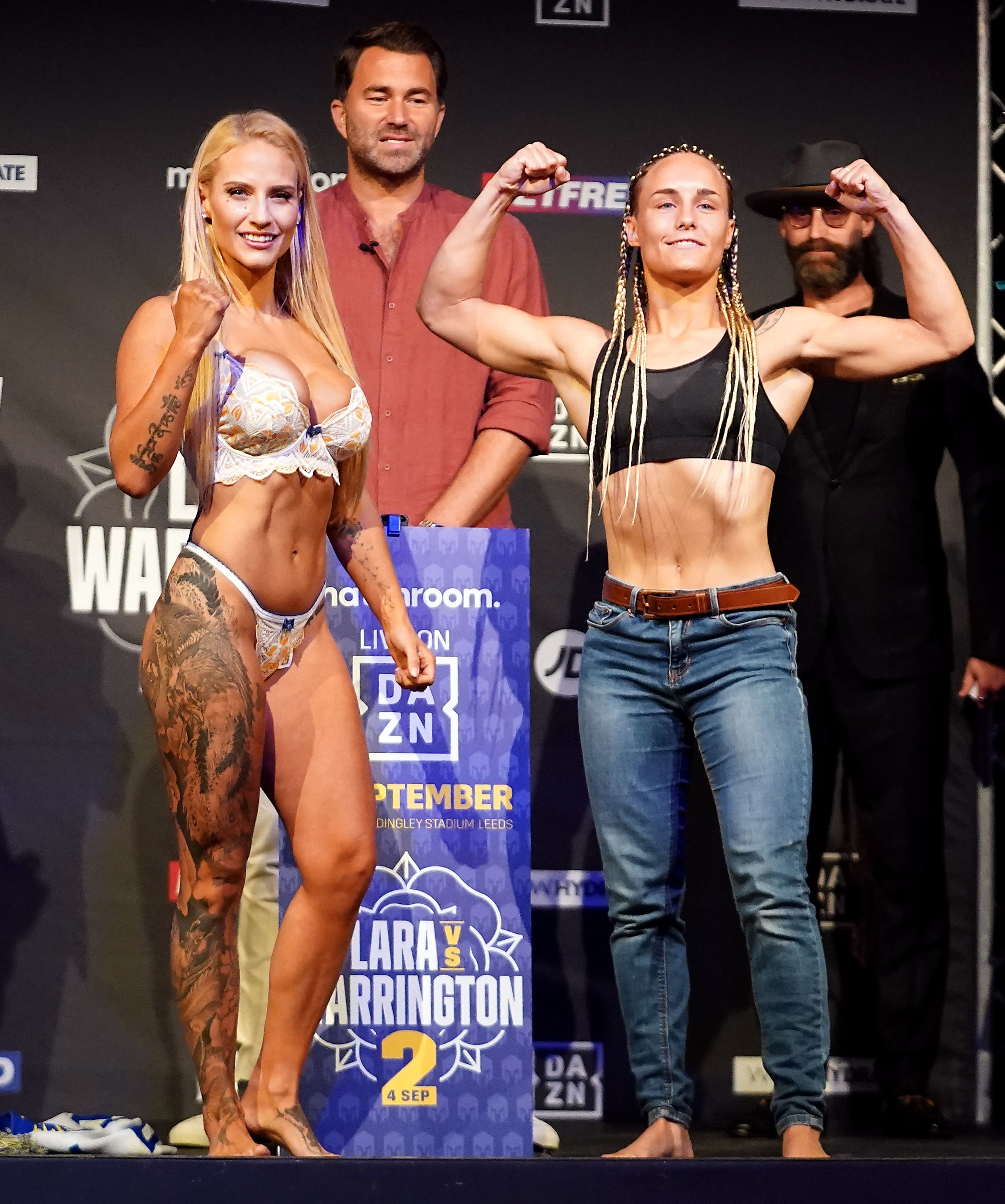 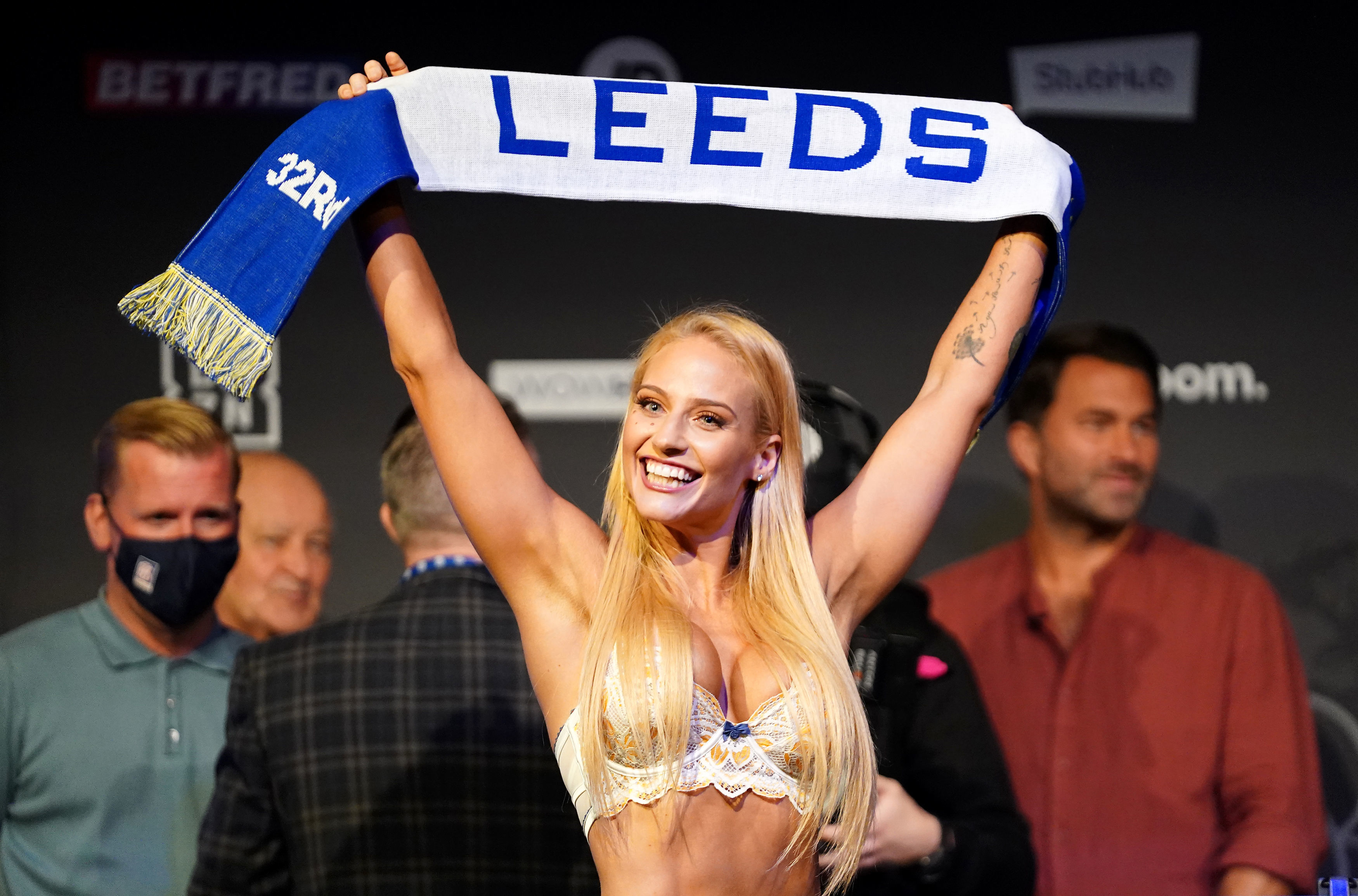 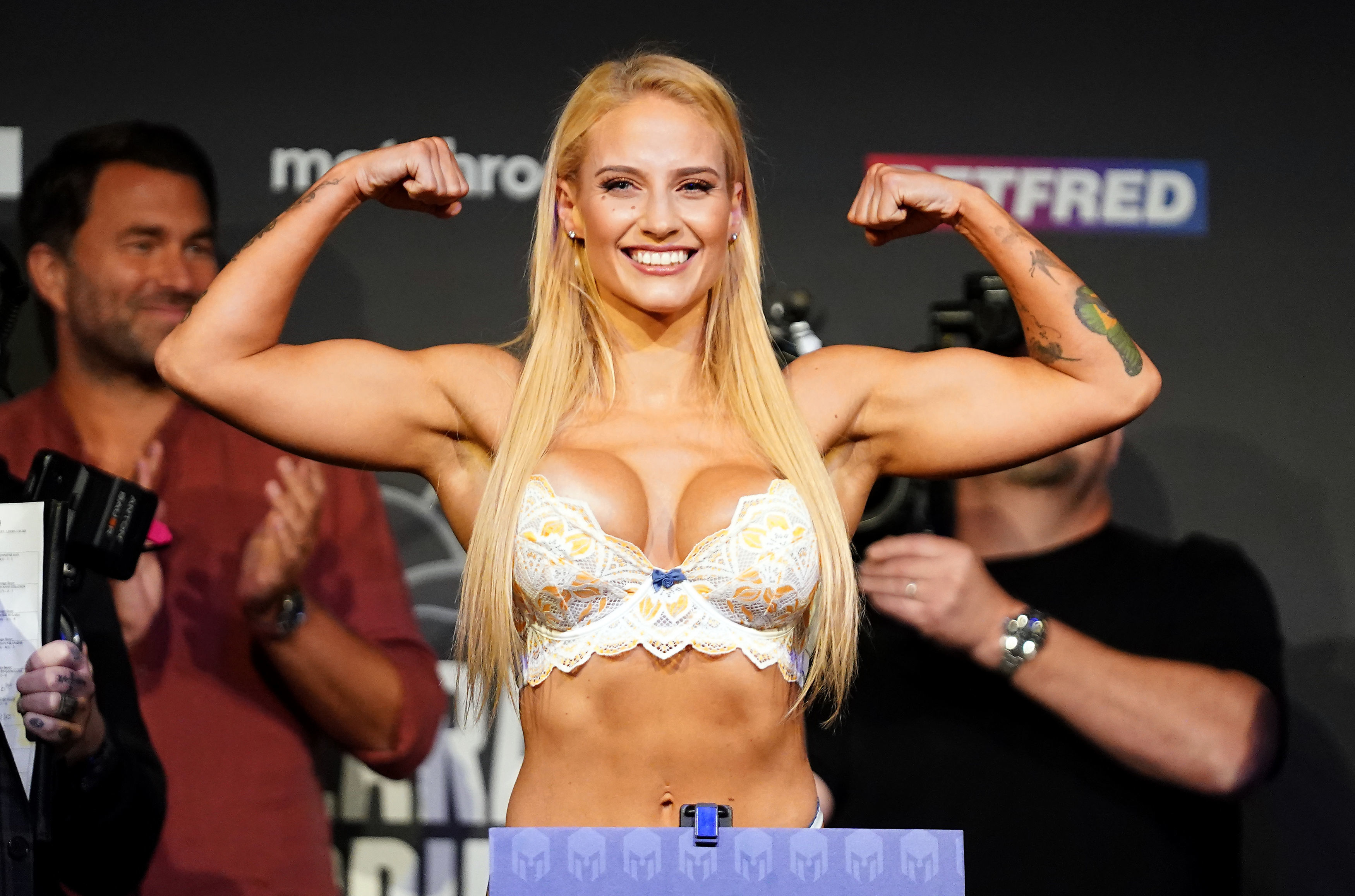 And it's gone down well in West Yorkshire – where she will be fighting on the undercard of Josh Warrington's huge rematch against Mauricio Lara on Saturday night.

The Australian fighter, 34, paraded around the stage showing off her support for Marcelo Bielsa's side and tweeted the pictures afterwards.

'MOT' is an acronym of the famous Leeds song 'Marching On Together' and 'ALAW' stands for 'All Leeds, Aren't We?'

Following her weigh-in antics, Bridges' is likely to receive a rousing reception from the Leeds crowd when she meets Gangloff, 25.

Leeds lad Warrington lost to Lara at London's Wembley Arena in February and will be keen to redeem himself in front of his home crowd.

HAT OF THE NET

Bridges turned professional in February 2019 and has gone on to make a promising start to her career, winning six of her seven fights.

Her only defeat came in a bantamweight world title fight against Shannon Courtenay, losing by unanimous decision to the British star.

Gangloff has a similar record to Bridges, winning five of her seven bouts to date – and will be hoping to avoid a third defeat in Leeds.

Bridges is known for wearing lingerie at weigh-ins, doing so for her recent fights against Courtenay and Connolly. 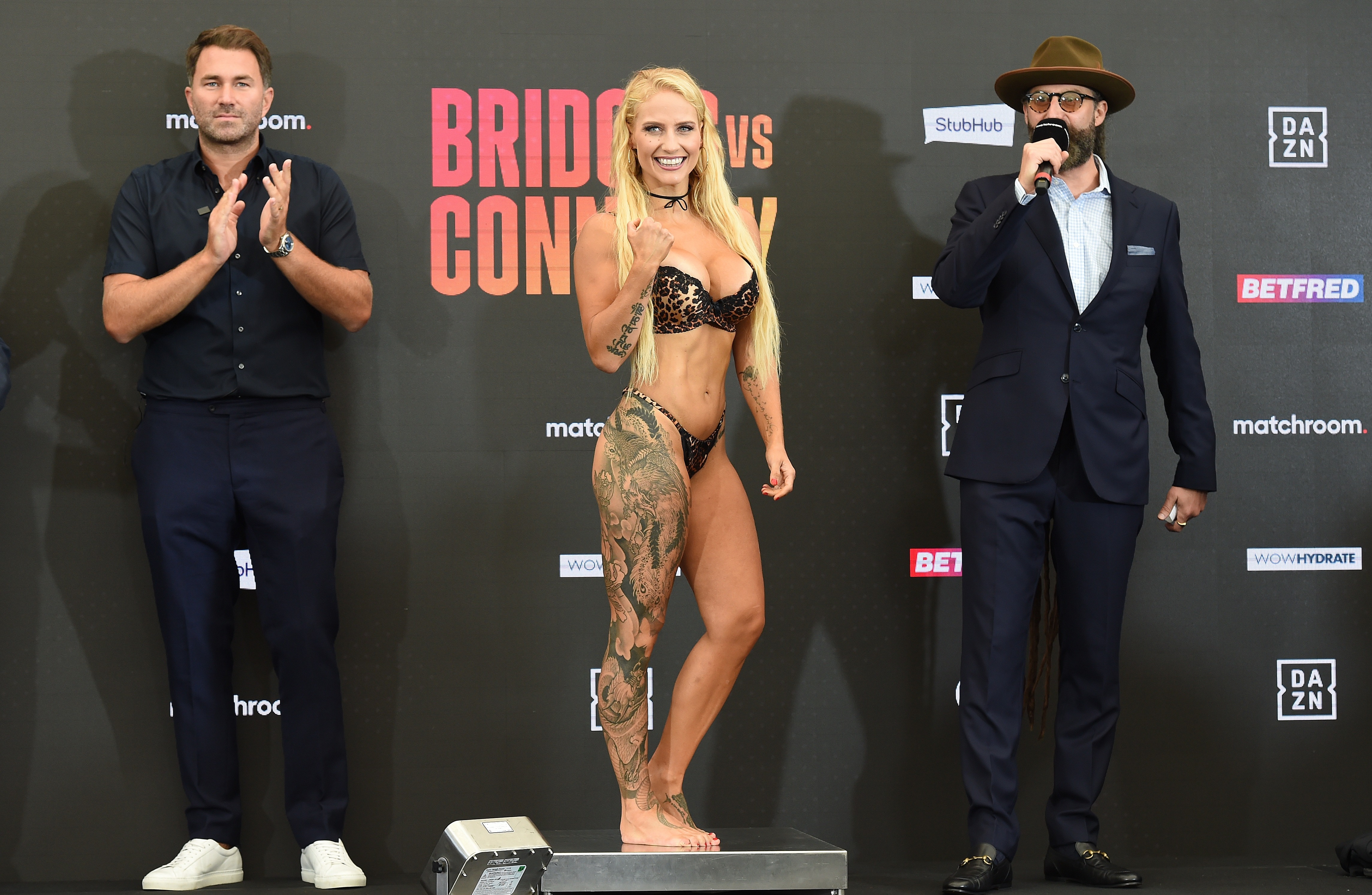 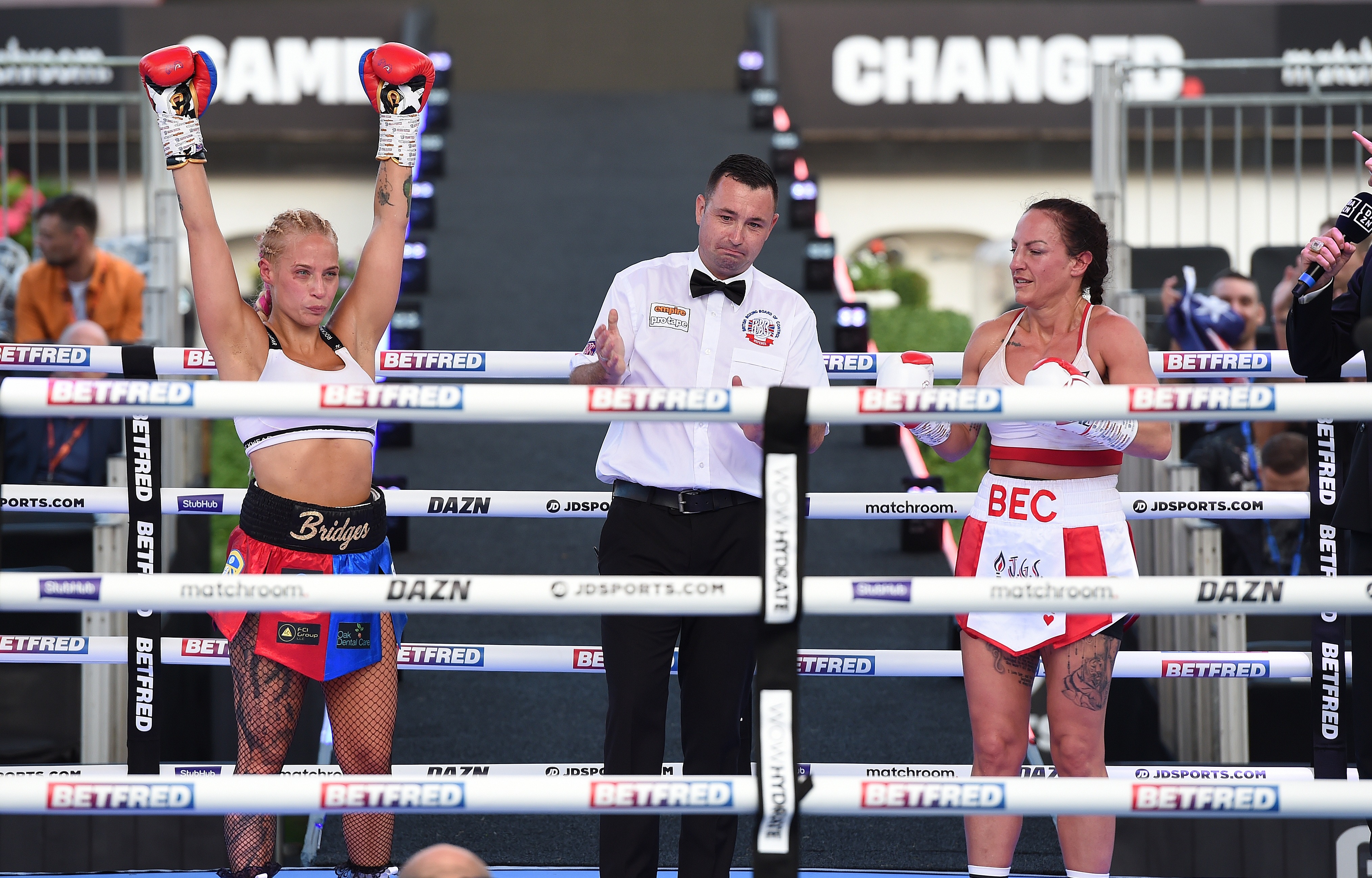