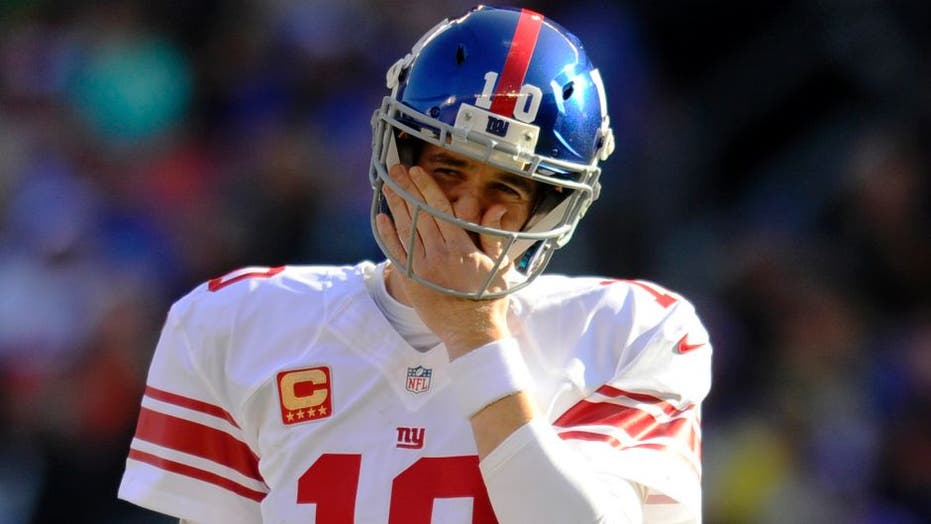 A former All-Pro wide receiver suggested a radical plan for the Cleveland Browns on Tuesday.

Dez Bryant, who spent eight seasons with the Dallas Cowboys from 2010 to 2017, tweeted his own ideas for how the Browns should handle the offseason. One is to bring in quarterback Eli Manning.

“This what Cleveland Brown fans should be dreaming row right now.. get Eli Manning  ..some how some way get 49ers D coordinator..run similar  style offense like the 49ers… Cleveland have crazy talent everywhere offense and defense…maximize it while you can I’m taking all bets,” Bryant tweeted.

Bryant defended his ideas in several tweets. He said he believes Manning could do a good job running the offense because of the talent on the Browns. He said Baker Mayfield still needs to learn.

Cleveland is going through a ton of changes, beginning with the firing of coach Freddie Kitchens and the departure of general manager John Dorsey.

The Browns’ offense didn’t reflect the team’s record this season. Mayfield nearly threw for 4,000 yards, while Nick Chubb had just under 1,500 yards while Odell Beckham Jr. and Jarvis Landry both recorded 1,000 yards receiving.

Manning is an aging quarterback, and he’s showed it over the last few seasons. He was replaced as the New York Giants starter for rookie Daniel Jones in 2019. A return to the Giants is unlikely in 2020. Manning had made clear he believes he can still play quarterback somewhere.