ENGLAND left fans baffled as they wore their BLUE away kit at home – with Albania turning out in the Three Lions' traditional white.

Despite hosting at Wembley, the Three Lions had their away kit on, like was the case against San Marino in March. 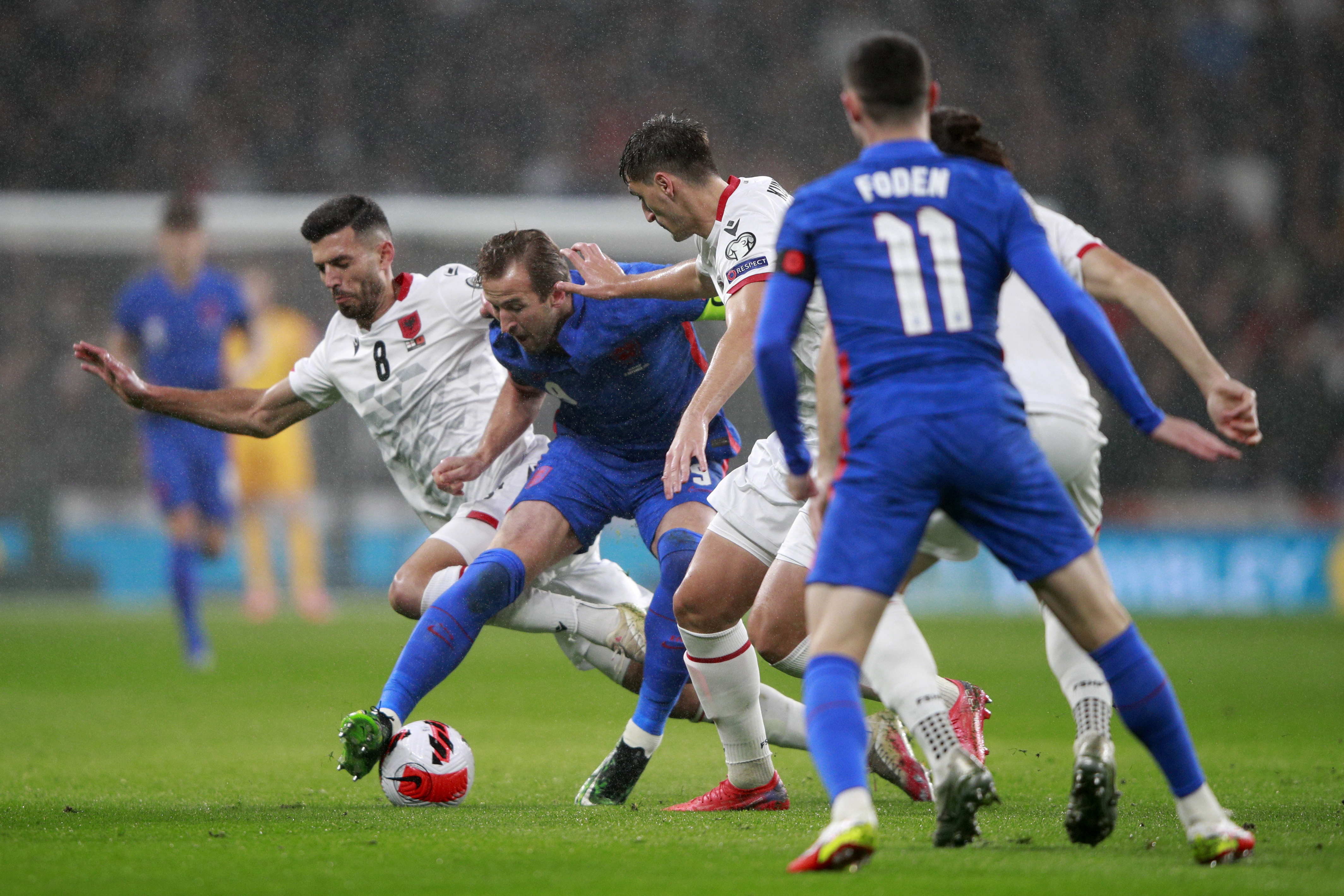 And it's safe to say viewers were less than impressed by both teams wearing their away colours.

One tweeted: "England playing in blue is, once again, really confusing me."

Another posted: "England playing in blue at home and Albania playing in white will confuse me for the entire ninety minutes. Bizzare."

One added: "Why are England playing in their away kit at Wembley?"

Another added: "Why are England playing in their away kit at Wembley?"

England's change of strip comes after the Premier League refused to allow top flight clubs to wear their away shirts at home on Boxing Day as a charity scheme.

Shelter wanted all the home teams to wear their second strips for the December 26 games as a sign of support for action on homelessness.

The charity, which says homelessness has rocketed since the start of the pandemic, also hoped that the unworn home shorts could be signed and auctioned off to raise funds.

But league chiefs blocked the initiative, pointing to the Prem rulebook which explicitly states clubs must wear home shirts for home games.

Rule M 22.1 states: “In selecting the choice of Strip the following order of precedence shall apply unless authorised by the Board: 1st priority: the outfield players of the Home Club who shall wear their home Strip.”

Meanwhile, the Premier Leagye pointed out to the clubs that they ARE allowed to show support for the charity and the cause if they want to, by other means.