VACCINE passports can be used to get into England’s Euro 2020 group matches in a major move backed by the Government.

Fans seeking to attend the games against Croatia, Scotland and the Czech Republic at Wembley will have to show the NHS app confirming they have received both Covid jabs at least 14 days before or a negative lateral flow test taken within 48 hours of the game. 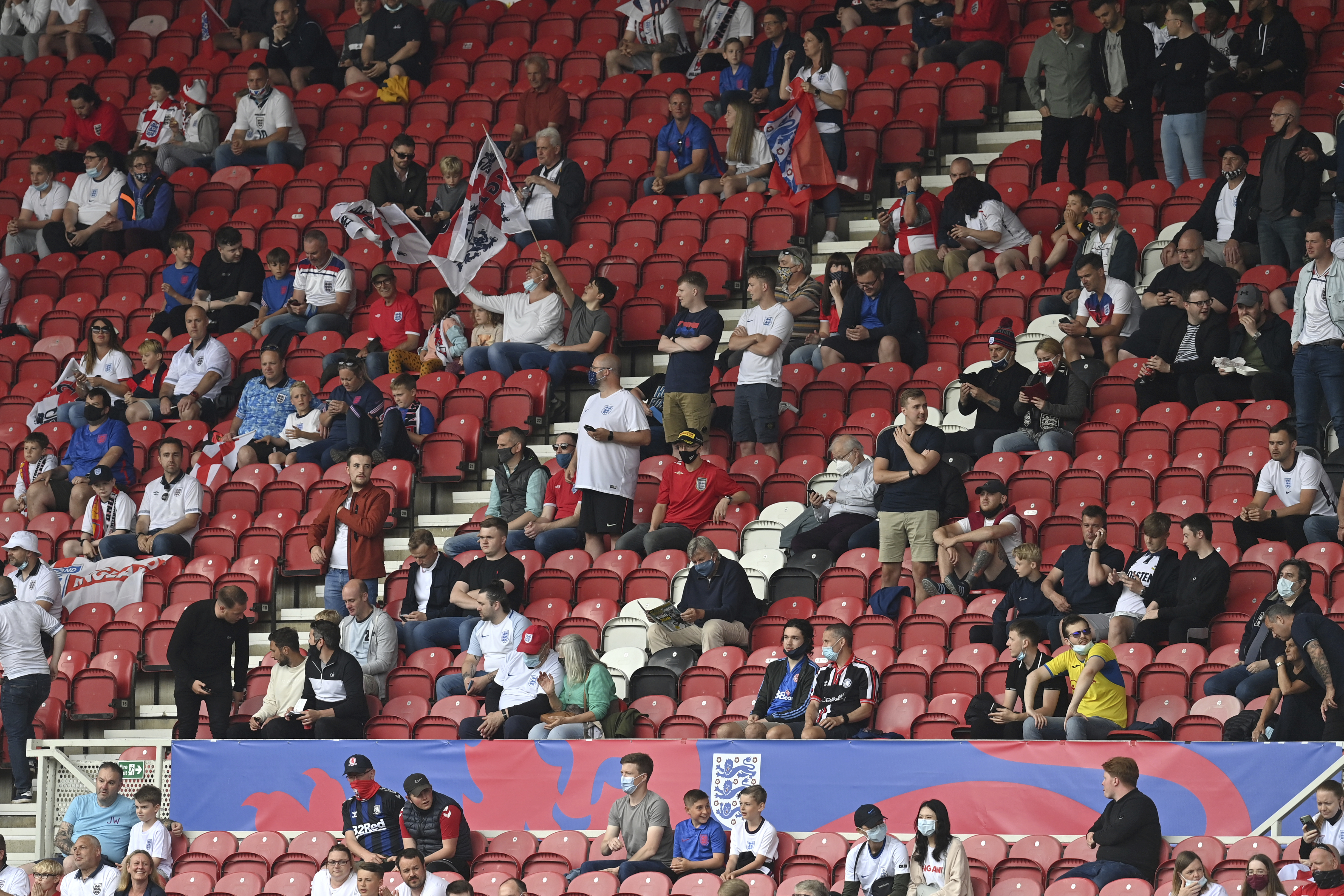 But a successful use of the technology starting on Sunday will allow bigger crowds to attend the knock-out stages and could see more than 45,000 at the Final next month.

The Government, FA and Uefa have agreed to cap crowds at 22,500 for the three group matches, 25 per cent of Wembley’s capacity.

It is hoped that the passport scheme will be a trailblazer for other sporting events and lead to full crowds in the Prem from the start of next season.

In an email sent to ticket holders, the regulations have been laid out.

They state: “All ticket holders aged 11 and older must present evidence that they are at a low-risk of transmitting Covid-19 to enter Wembley Stadium.

“Failure to do so will mean you’re unable to attend the match.”

The email added: “Proof of full vaccination – both doses received at least 14 days prior to the match (demonstrated via the NHS App or via the Scottish or Welsh vaccination record services).

“Or proof of a negative Lateral Flow Test (LFT), reported and demonstrated via a text message or email from NHS Test and Trace.

“This can be on your device (including a screenshot) or a printout.

“The test needs to be taken within 48 hours of the time stadium gates open (meaning three hours before match kick-off).

“Any other test results, e.g. a PCR test result from a private company, will not be accepted and entry will be denied.”

In addition, ticket-holders will have to wear masks and will be allocated a 30-minute slot in the three hours before kick-off to enter the stadiums to reduce bottlenecks.

Fans have been asked to remain in their seats at half-time, avoid hugs and high-fives, and maintain physical distance when celebrating.

By contrast with the regulations at Wembley, the maximum 12,000 fans attending games at Hampden will not have to show proof of vaccination or a negative test, but they will be asked to maintain 1.5m social distancing rather than 1m.