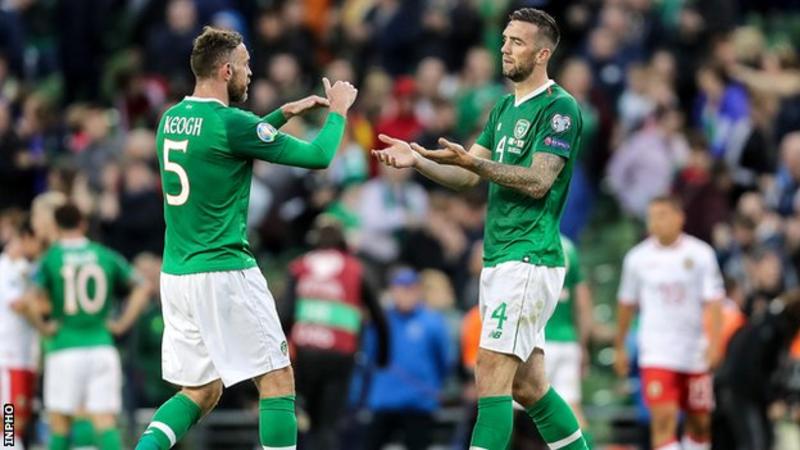 Republic of Ireland defender Shane Duffy says his side were left frustrated by their “sloppy” performance against Gibraltar in their Euro 2020 qualifier on Monday.

Although rarely threatened defensively, the Republic failed to impress going forward as they laboured to a 2-0 win.

“It’s frustrating for all of us but it has been a long season,” said Duffy.

“We needed to have a bit more quality and there would have been a few more goals, but we got the three points.”

The Republic sit top of Group D with 10 points from four matches and are unbeaten in Mick McCarthy’s second stint as manager.

McCarthy’s side impressed in their home win over Georgia before coming from behind to take a point in Denmark, but have been far from convincing in their two victories over minnows Gibraltar.

“We are probably down a little bit but it is still a win,” admitted Duffy.

“Obviously we want to do more attacking and get more goals but it wasn’t to be on the night.”

“It was one of my worst (international) games.

“It was a difficult second half of the season for me and my club so it probably felt that little bit longer.”

The centre-back added that although performances against Gibraltar had perhaps not met expectations, collecting the points had always remained the priority as the Republic seek to reach consecutive European championships.